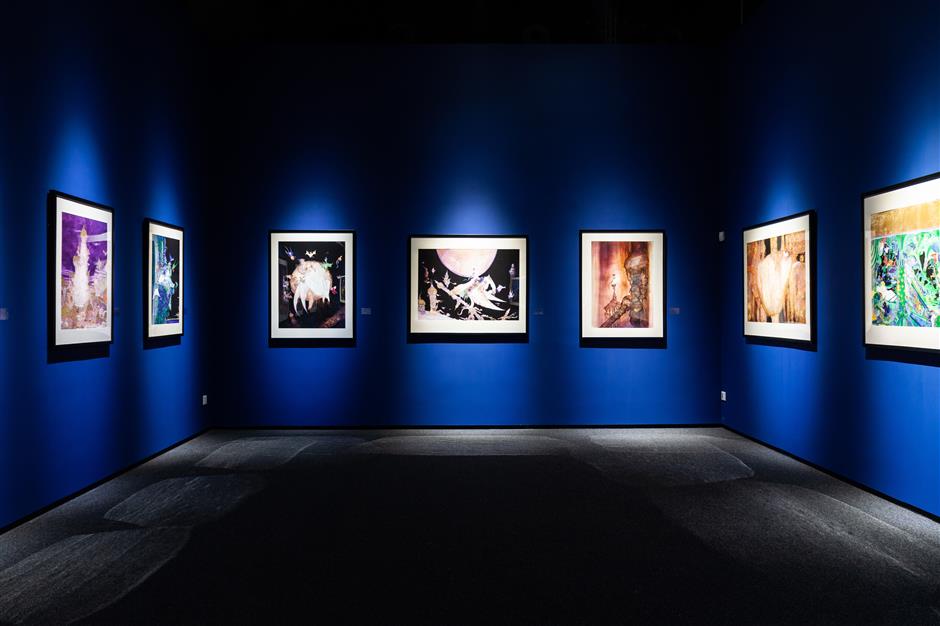 Nearly 200 original paintings, 38 large hand drawings and seven animated films featuring the full spectrum of Japanese artist Yoshitaka Amano’s work over the past 50 years are on display in “Fantasy in Daylight” at the Modern Art Museum.

During the exhibition, which runs through September 1, Amano’s animated film “1001 Nights” will be played in a theater on a wraparound screen.

Amano is regarded in Japan as nothing short of a master whose creations lie somewhere between fine art and Japanese anime, manga (graphic novels), and video games (commonly referred to in China as ACG).

He has been the lead character designer for many games.

“I think the break of the dawn is the real beginning of a day,” he said.

“All I need is a ray of light, music and pencils in my life. Happiness, for me, is as simple as that. Some people are more inspired by the night, but I prefer the day when the sun shines outside.”

Born into a family of lacquer craftsmen in 1952 in Shizuoka, Japan, Amano has been fascinated with drawing from an early age.

He is greatly influenced by traditional Japanese culture. But there was also the anime, manga, science fiction, games, art, drama and literature he was exposed to in his youth.

All in some way helped form his unique style.

At the age of 15, Amano joined the animation department of Tatsunoko Productions during its heyday.

He he worked as character designer for such classic animations as “Science Ninja Team Gatchaman” and “The Adventures of Hutch the Honeybee.”

With unique artistic style and epic fantasy, he won the Seiun Award (the highest award for science fiction) four years in a row.

Featuring very little spoken dialogue, its spare plot and visual style have led to it being described as “animated art rather than a story.”

Toward the end of the same decade, Amano began his long journey with the now 15-part franchise, “Final Fantasy,” using computers to bring his creations to life in the world of video games for the first time.

Today the game “Final Fantasy” is in many ways often taken as synonymous with Yoshitaka Amano.

In the 1990s, Amano moved into stage design, films, fashion design and established studios in Paris and New York after his work attracted international attention.

At the same time, he was invited several times to participate in exhibitions in France, Germany, the United Kingdom, the Netherlands, Belgium and many cities in the Americas and Asia.

“His strange, imaginative characters are balancing on the border of reality and fantasy, giving the viewers a blissful visual experience.”

In 2000, a comic adaptation of English author Neil Gaiman’s original prose novella titled “The Sandman: Dream Hunters,” illustrated by Amano, was nominated for a Gugo award in 2001 and the Will Eisner Comic industry Award (the Oscar of the American comic industry).

“Amano is an artist for the next century … He has taken all that he has learned from anime, from American comics, from a hundred traditions, and gone forward with it, scaling the wall between fine art and illustration, between yesterday and tomorrow,” says Gaiman. 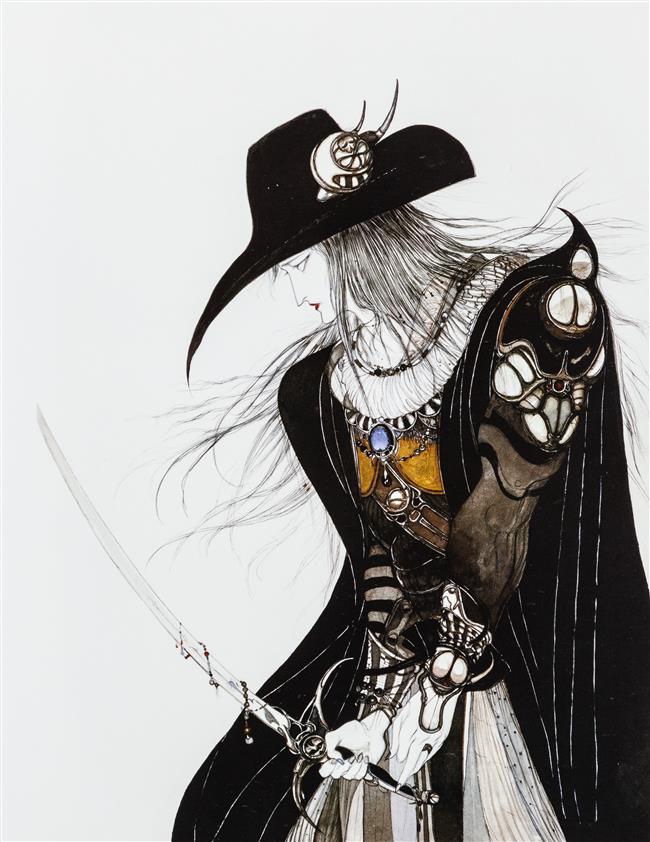