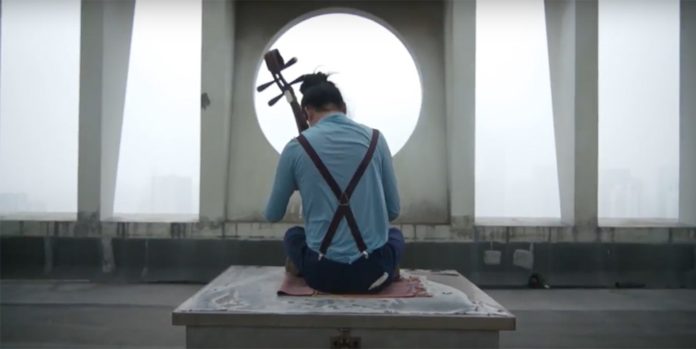 This week I’ve been listening to one of my favorite China-based musicians, Li Daiguo, since he’s gearing up to play a rare live show in Beijing tomorrow night. I’ve written a lot about Li in the past, including a short profile for The Wire magazine last summer and a piece from earlier this year for Sixth Tone about music in Dali, a small city in China’s southwestern Yunnan province where Li has lived since 2014.

Originally from Oklahoma, Li is a consummate multi-instrumentalist who first honed his chops on violin. He was gifted enough to land a scholarship to study violin in university, but decamped to China after graduating to follow a more diverse musical path than the straight-ahead conservatory track would allow. In recent years he’s focused his playing to three instruments: cello, the Chinese pipa, and the African mbira. (He’s also a solid beatboxer, incidentally.)

In my opinion his breakout recording was 2016’s Li Shurui, a solo album for pipa that shows Li’s personalized style on the instrument, which he’s honed over years of meticulous daily practice. Since dropping the solo album, Li has also released a few duo collaborations: one with Brooklyn-based trombonist Rick Parker, one with peripatetic percussionist Slim Rothaus, and, most recently, an albumwith fellow Dali-based experimentalist Huanqing.

If you happen to be in Beijing, catch on him on Saturday, September 9 at La Plantation. If not, here are some streams to enter the singular sonic world of Li Daiguo: