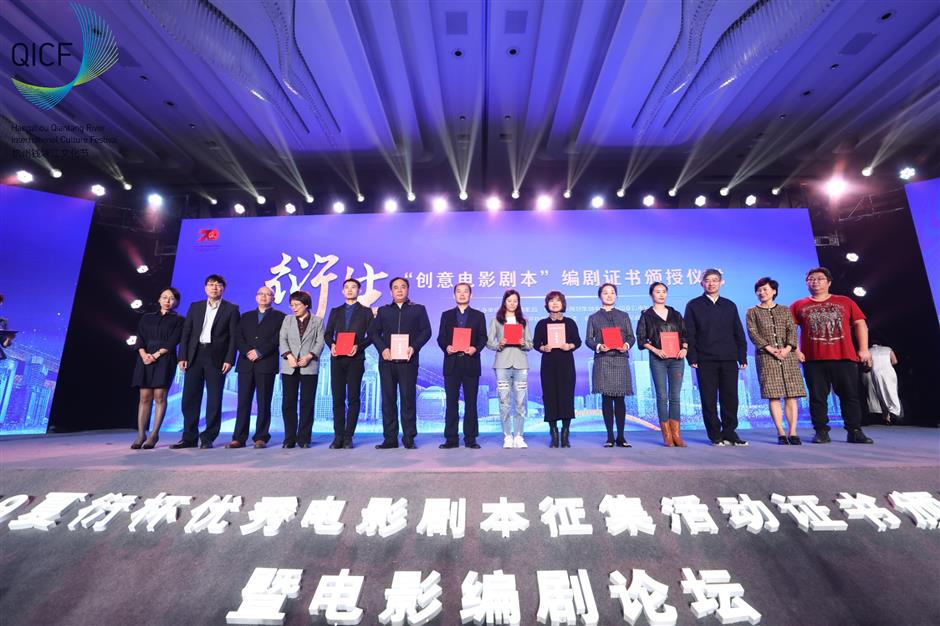 This year, the contest attracted 1,039 entries from around the country. Among them, five were given top honors, nine were awarded creative prizes and 20 were named as “potential projects.”

The event is named in honor of Xia Yan (1900-1995), a renowned Chinese playwright and screenwriter who lived in Jianggan District.

Among the dozens of plays and screenplays penned by Xia, his most renowned works include “Under the Eaves of Shanghai” (1937) and “The Fascist Bacillus” (1944).

The contest is now an annual event included in the Qiantang River Cultural Festival, an extravaganza of tourism and culture in Jianggan District.