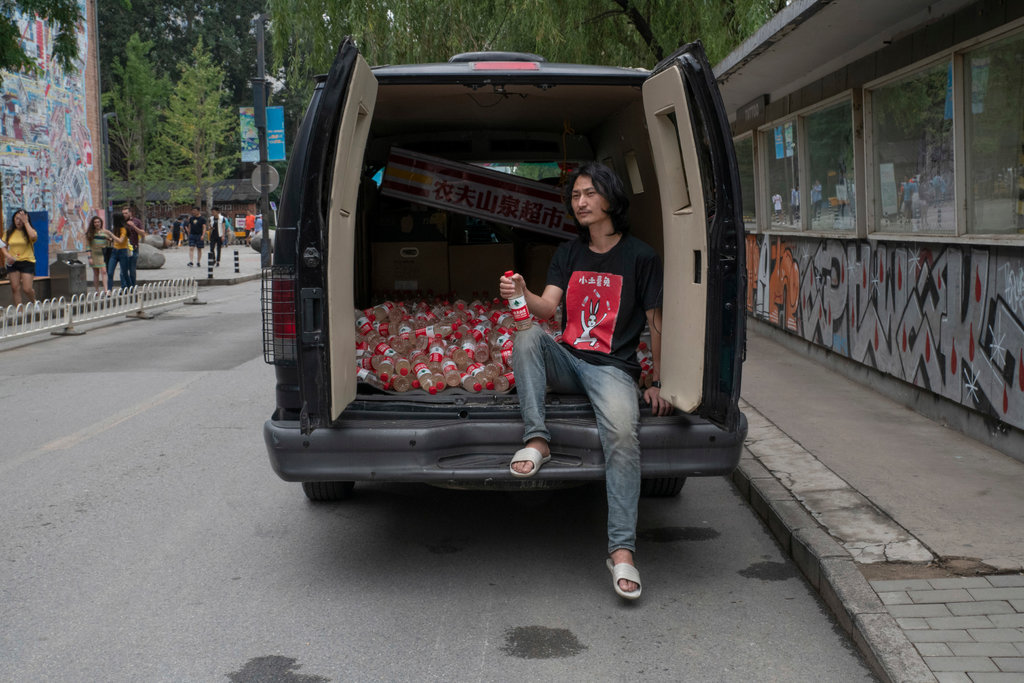 BEIJING — The 9,000 bottles of water on display at an art gallery in Beijing last month appeared identical to those of Nongfu Spring, one of China’s most popular spring water brands, with one jarring difference. Inside each bottle was brown, murky groundwater collected from a Chinese village.

The water from the village, Xiaohaotu, in the central province of Shaanxi, is polluted with heavy metals, the likely result of nearby coal mining and gas exploration operations, residents and officials say.

“The things I’m concerned about are all related to people’s survival experience,” said Brother Nut, an artist and activist known only by his pseudonym, who put up the exhibit. “For example, do people have fresh air, clean water to drink? These are basic human rights.”

This is not Brother Nut’s first attempt at turning pollution into art with a message — in 2015, he used an industrial vacuum to suck up particulate matter in Beijing’s air and formed it into a brick — but the “Nongfu Spring Market” exhibit stands out for prompting officials to take act

Almost immediately after Brother Nut opened the “market” on June 20 in Beijing’s popular 798 Art District, images of muck-filled water bottles began to circulate on Chinese social media. The authorities in the capital ordered the show closed, which only served to generate more attention.

The authorities in Shaanxi also responded to the stir the show had caused. Rather than censure Brother Nut, the authorities there opened an investigation into the water quality in Xiaohaotu, a village on the outskirts of the city of Yulin.

Brother Nut, 37, said he was moved to create the performance piece after traveling in Xiaohaotu, where he met residents who, he said, were suffering from high rates of cancer and skin diseases.

The villagers had complained for years to the provincial authorities, but the government did little to mitigate the problem, he said.

Within two weeks of the show’s opening, however, officials in Yulin held a news conference in response to the “online reaction to ‘the drinking water safety problem in Xiaohaotu,’” according to the state-run Shaanxi News Agency.

The authorities in Yulin said they tested 11 drinking water sources in and around Xiaohaotu and found that 10 were contaminated with high levels of iron and manganese.

The Yulin Environmental Protection Bureau announced on July 7 that it would further inspect wastewater at three nearby coal mines and a gas field operated by Sinopec, a state-owned enterprise. The bureau also ordered the companies to temporarily halt their operations.

The Yulin officials further announced that a new water supply network, including water purification equipment for some villages, would be fully implemented by the end of July. 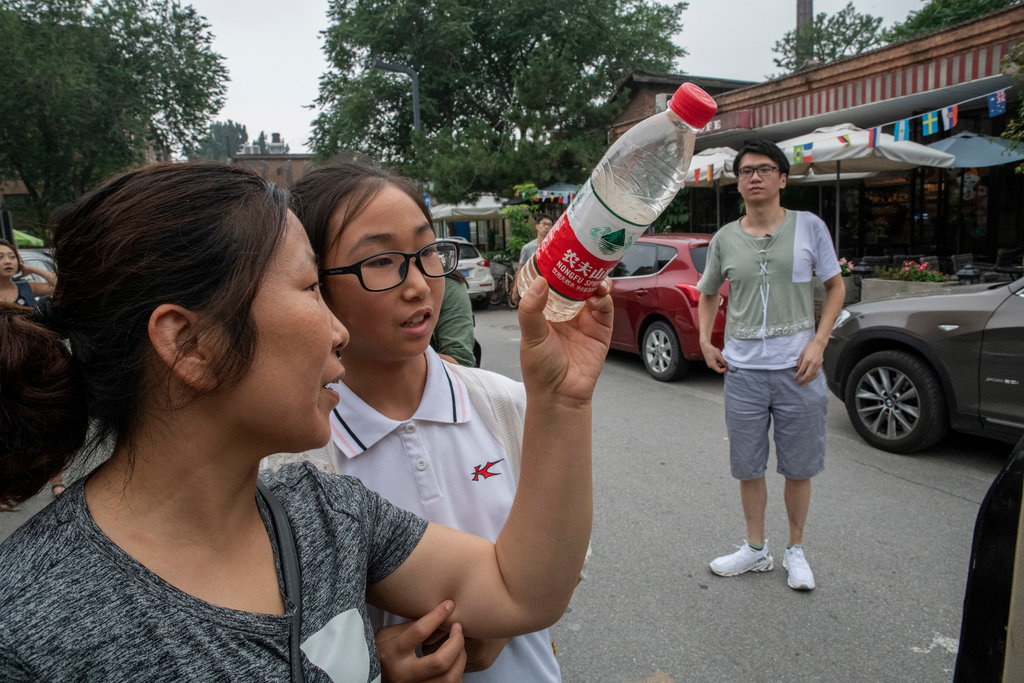 “Water pollution is very common, it’s very common around the world, but it never receives any special attention,” Brother Nut said. “There are so many villages like Xiaohaotu who have been drinking water like this for years, and then they get cancer, skin disease, their sheep die, but no one cares. People just don’t know.”

The exhibit remained in place for about two weeks before it was shut down by the Beijing Bureau of Industry and Commerce in response to complaints by Nongfu Spring about trademark infringement.

The police confiscated the 9,000 bottles included in the show.

But Brother Nut has another 1,000 bottles filled with Xiaohaotu’s polluted water. Beginning Saturday, he plans to display them in an old military van, known as the Moving Art Museum. Brother Nut said he planned to drive the van around the 798 Art District.

San You, the owner of a gallery across the street from the site of the exhibit, said he was impressed by Brother Nut’s artistry.

“I think it’s very refreshing and creative,” Mr. San said. “He’s using this supposed-to-be-pure symbol to display the polluted water, which is really good. It poses a contrast.”

Despite the actions taken by the Yulin authorities, both Brother Nut and the curator of the Moving Art Museum, Chen Junhui, said they doubted that the local government would take lasting steps to solve the pollution problem.

Nevertheless, they remained committed to the idea that art had the power to influence governments and move people to action.

“If it’s something that has meaning, that has moral value, and we don’t support it,” asked Mr. Chen, “then what is our art for?”