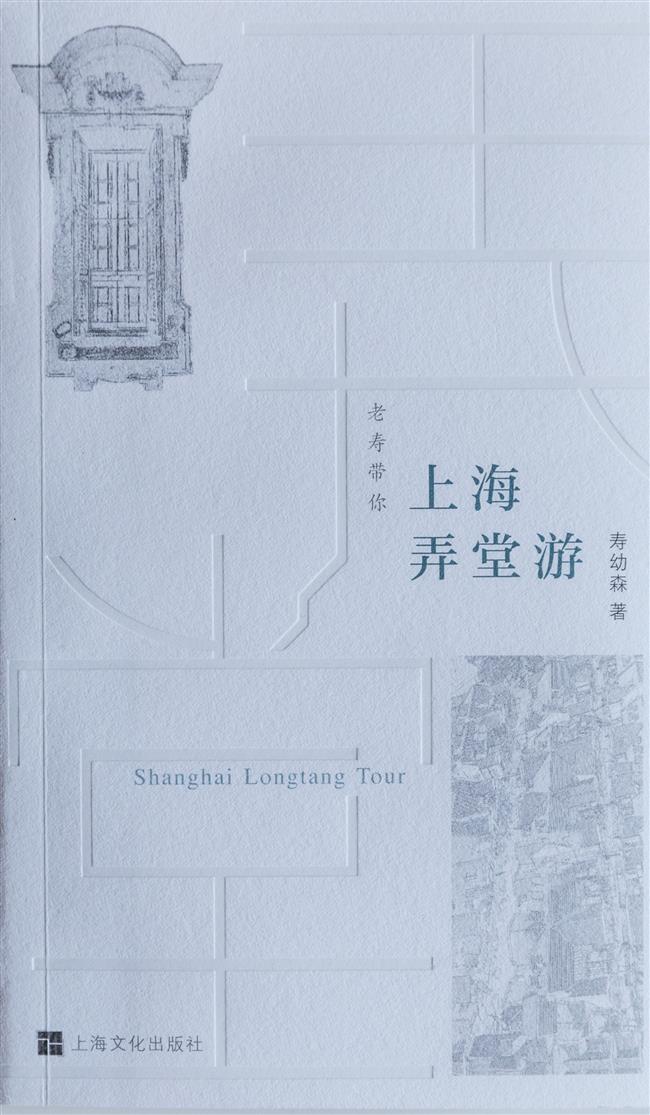 If the core of city culture in Beijing lies in its hutong, then the roots of Shanghai are in its longtang, or lanes. Freelance photographer and professional driver Shou Yousen is a fanatic admirer of the culture that these lanes exemplify.

For half of his life, the 65-year-old has taken more than 100,000 pictures along lanes and the buildings beside them. A collection of his works was recently published.

“Shanghai Longtang Tour” is a bilingual guidebook on lanes in six areas in the city, including Jing’an, Huangpu, Hongkou and Yangpu districts.

In addition to the photos, Shou wrote Chinese introductions to every lane and his son translated them into English. Even traffic information is included in the book.

Longtang date back to the mid-19th century, when Shanghai opened as a port to foreign traders. At that time, Chinese and foreign real estate developers scurried to build blocks of housing to fill the demands of an increasing population. Those blocks are known today as longtang and the buildings along them, shikumen or “new lane houses.”

Many of the blocks were designed by well-known architects and housed prominent people. Legends and anecdotes about the dwellers and lane life attract many people, including Shou.

“I was born and have been living in a longtang all my life,” Shou says. “It is hard to describe my feelings for this unique type of residential complex and the lifestyle it creates.”

His home is in the Fumin residential complex in Jing’an District. In the beginning, his parents owned a three-story house. Then, because of the tight finances as more children were born into the family, the couple decided to cede the top and first floors of the house to a management office. The whole family crowded into the second floor of only about 30 square meters.

“I remember at a peak time, we had 11 people living there, including a main room and a garret,” Shou recalls.

“My parents, and three nuclear families formed by me and two of my siblings. Later on, my siblings began to move out and we had more space.” 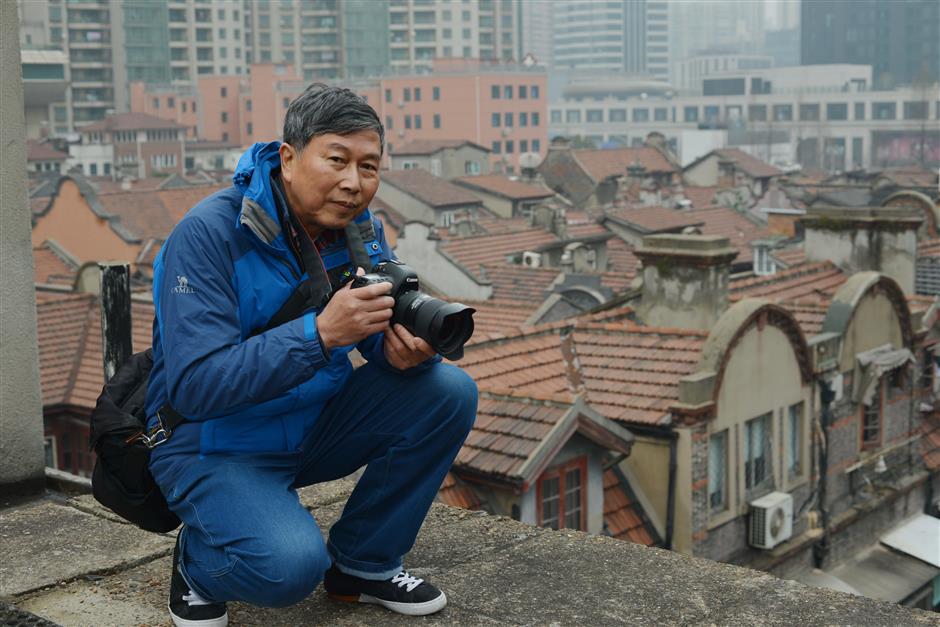 In his home lane, Shou first developed his interest and skills in photography. During the late 1960s, when schools were closed because of the “cultural revolution” (1966-76), he spent most time at home learning to develop, enlarge and print photos.

Neighbors and relatives loved his work so much that they would lend him their cameras. At that time, most of his photos were family-related. Specialty magazines were his best and only teacher.

“I observed how photos were taken for the magazines, and they were both inspiring and encouraging,” he says. “For some pictures, I tried to imitate the composition and view finding; for others, I thought if such a picture could be published in a magazine, then mine could be, too.” 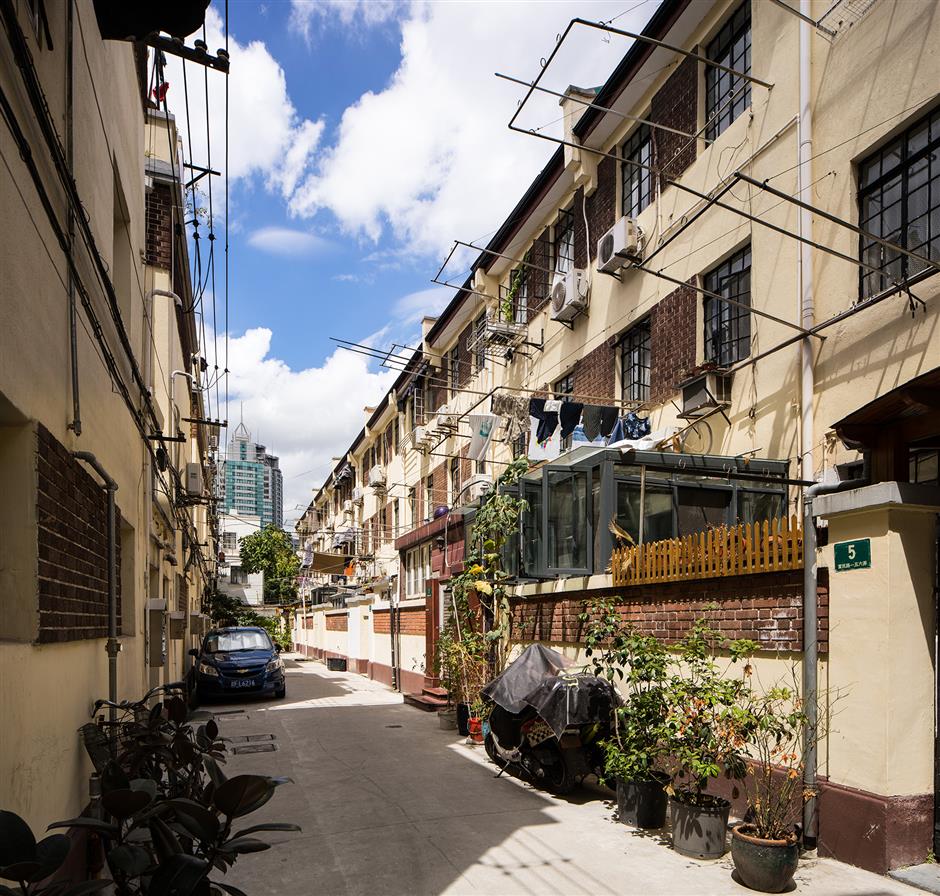 The Fumin residential complex, a longtang where photographer Shou Yousen has lived all his life

At first, Shou didn’t focus just on the lanes. He took pictures of street people to bring the realism of the city alive. Then, after he started to work as a taxi driver, his focus evolved.

“I became a cabbie in 1976, and then a driver for an institution,” he says. “The work gave me full access to almost every corner of the city, including all the lanes. Nowadays, many neighborhoods don’t allow taxis access, but in those days, we could go all the way through the gates, and that’s when I had opportunities to observe the architecture and layouts of the lanes.

“I remember all the locations with beautiful buildings or places where the lanes seemed to brim with stories,” he adds.

Fast forward to 1980s and 90s, when the city underwent high-speed development. In his cab, Shou constantly heard talk about renovations here and there. People from all walks of life became his best information sources.

“Sometimes I had customers who were investment officials and land developers, and they would ask me to take them to certain areas that were ready for demolition and redevelopment,” he says.

He always carried his camera to those lanes, recording the last gasp of buildings and listening to people talk about the lifestyle there.

Gradually, he wasn’t content to visit just the lanes where redevelopment was occurring. He started to cast his eye more broadly and more generally.

He spent time in different longtang, interviewing people and, if he was lucky, getting invited into homes to see the inside life of the lanes.

“The Tangshan Estate near Zhongshan Park was one of my favorites,” he says. “I visited there three times just to take pictures. Local people told me how shipping tycoon Yue-Kong Pao (1918-91) once lived there, and they related how their living space shrank, just like mine.” 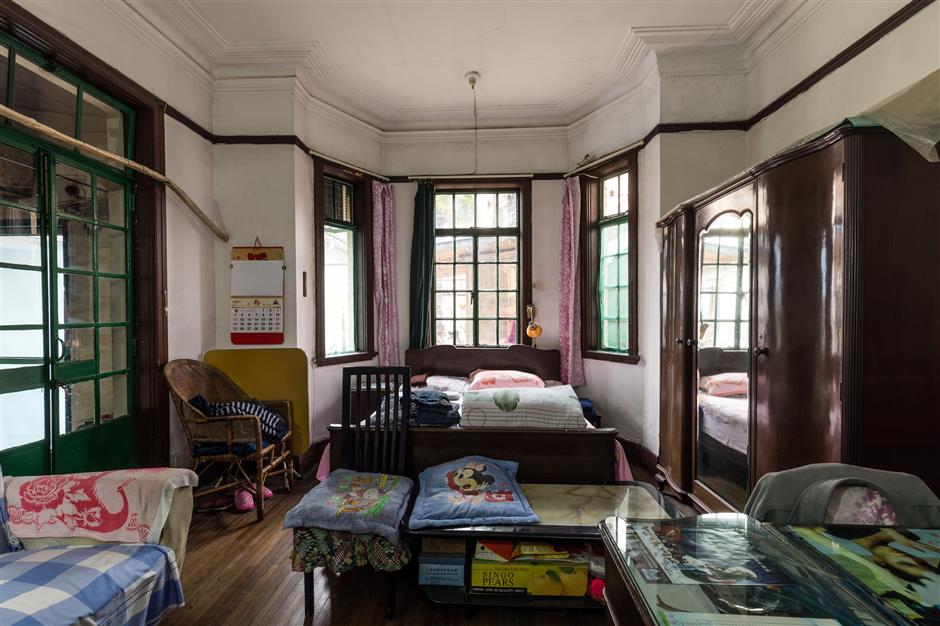 The interior of Tangshan Estate, where a family surnamed Tang has been living since 1948

With the advent of social networking services, Shou opened an online column about longtang history, including styles of construction, builders and designers, and the celebrities who once lived here. The columns on Weibo and WeChat soon gained followers interested in the subject and eager to provide more information to him.

Through years of accumulation and study, Shou formed a group of like-minded people, including shikumen experts, writers and other photographers. The circle of friends encouraged him to do the book.

“I thought it over and decided that the suggestion was quite reasonable,” he says. “Visitors to the city aside, even most people living in Shanghai lead a blinkered, repetitive lifestyle that revolves only around home, work or school. The guidebook was intended to broaden their horizons about the city.”

Shou covered all the costs of the book himself. Once it hit the shelves, it proved very popular. The first 3,000 books have been solidly booked, and the publisher is talking about the possibility of a second edition.

“I’m glad that there are people who love the lanes as much as I do,” he says. “And I won’t stop my pursuit of more hidden gems in the city.”