The traditional art of Pingtan has storytelling, jokes, instrumental music, singing and acting. What it lacks is a widespread audience.

Lu Jinhua is determined to change that by introducing new, fresh elements to the ancient entertainment genre.

“Only by attracting a steady flow of young audience to walk into theaters can this cultural heritage survive and thrive,” says the 33-year-old Pingtan artist from Jiangsu Province.

Pingtan originated in the Jiangsu city of Suzhou. It combines pinghua (narrative) and tanci (instrument playing and singing) and dates back to the Song Dynasty (960-1279). The art form reached its heyday in the Qing Dynasty (1644-1911).

The narrative musical genre, which enjoys great popularity in Jiangsu and neighboring Zhejiang Province, as well as Shanghai, is performed either in solo or duet, traditionally sung in the Suzhou dialect and accompanied by the pipa, a four-stringed instrument that is often called the Chinese lute. Other props include fans, gavels and handkerchiefs that distinguish the characteristics and identities of different roles. 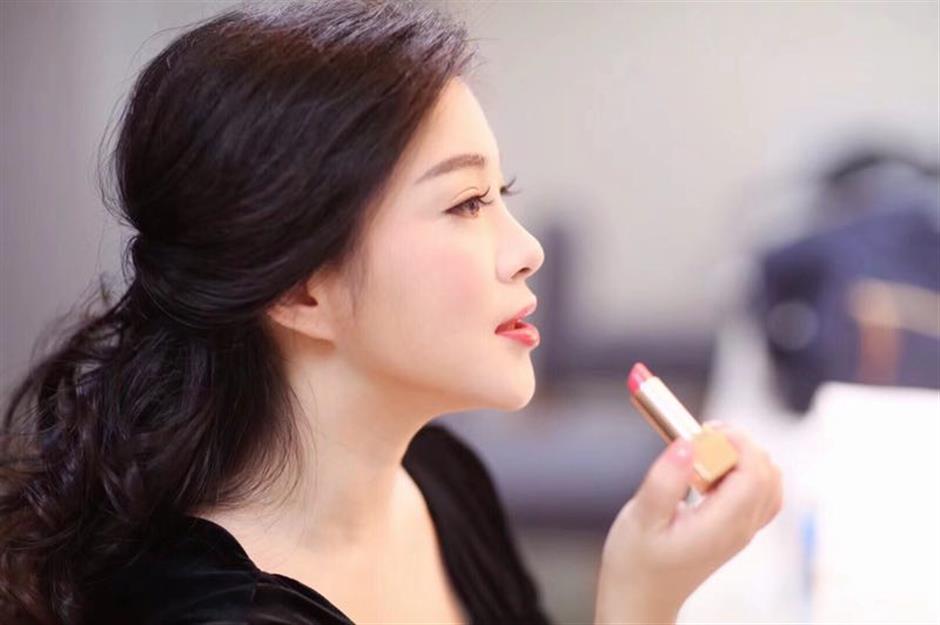 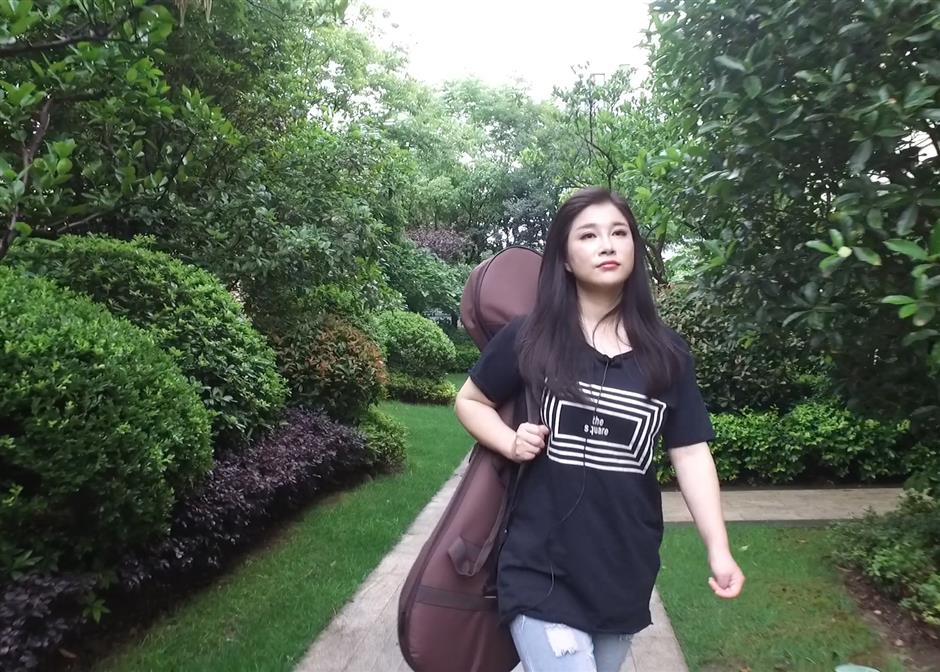 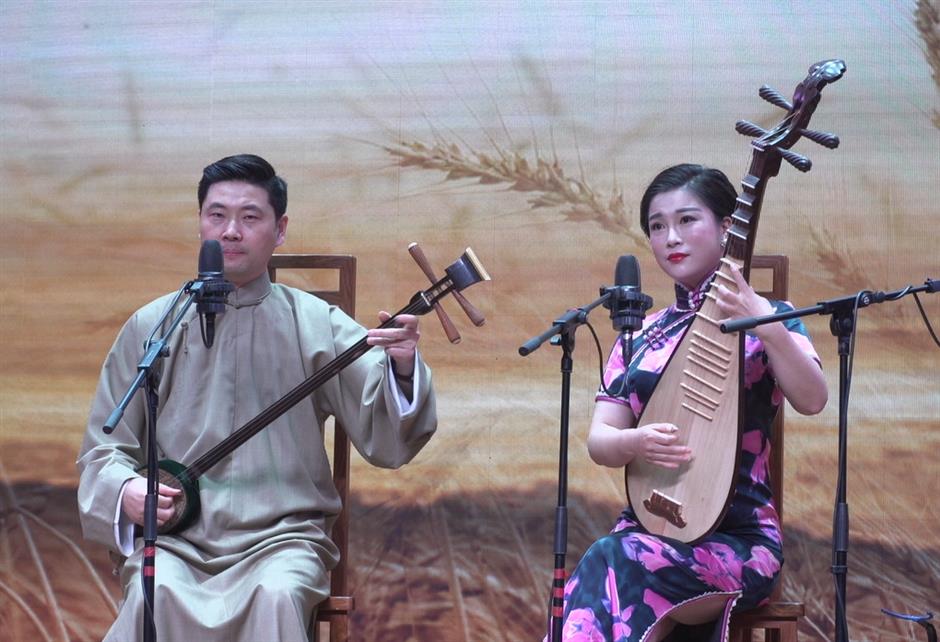 While traditional Pingtan artists still dress in Chinese jackets and qipao dresses as they repeat old stories of love and war that have been passed down for centuries, Lu has introduced contemporary clothing and added jazz, piano, saxophone, unaccompanied singing and pop music to her Pingtan performances.

The stories she tells are often drawn from contemporary sources, such as the movie “Titanic” and the popular South Korean TV drama “Descendants of the Sun,” a love story between a female doctor and a policeman.

It was no easy task finding the right formula for injecting new blood into the old art. Lu had to face misgivings and criticism from teachers, colleagues and even loyal fans.

“Some said what I was doing was disrespectful and dishonorable to the Pingtan tradition, but I am an artist with my own opinions,” she says.

Lu frankly admits that it can be difficult for newcomers to understand or enjoy Pingtan on the first encounter.

“They need a key to unlock the door of the Pingtan world,” she says.

Modern pop music is one key in coaxing younger audiences through the door.

“First, we give them this alluring dessert, and then we offer up the main course of traditional Pingtan so they can come to appreciate the true art form,” she says.

Lu started by adapting popular novels and films to Pingtan stories. She wrote the scripts and composed the musical arrangements all by herself. She learned how to combine the tones of the lute with electronic music.

The venues were also modernized. Lu performed at a beach music festival, in a downtown pub with jazz artists and even at the busy metro station with a “flash mob,” or group of people who gather in a usually predetermined location, perform some brief action, and then quickly disperse.

“It all sounded very cool, but it required great courage and strong execution to pull off,” Lu says. Gradually her efforts began to pay off. Pingtan started attracting younger fans.

Pingtan traditionally was performed in old teahouses, where an entry ticket of no more than 5 yuan (77 US cents) included free hot water and the right to sit for a whole afternoon. The art form was very popular for retirees with little else to do and a desire to socialize.

In 2011, Lu held her first solo concert, with admission prices ranging from 60 yuan to 380 yuan. All the tickets sold out. The following year, she had an even bigger concert in the downtown Lyceum Theater. It was so popular that ticket scalpers appeared in front of the theater every show night.

Today, Lu is a leading light in the Shanghai Pingtan Troupe. While introducing new elements into performances, she never forgets the basics of a fine old tradition.

She has maintained a vigorous training program since enrolling in the Suzhou Pingtan School about 20 years ago. She credits her grandmother for her career choice.

“My grandma was very strict with me and didn’t allow me to watch TV,” Lu says, with an affectionate smile. “She loved radio and its Pingtan programs, so radio was my only daily entertainment.”

Through the air waves, young Lu was immersed in Pingtan performances, local comedies and musicals. Though she didn’t fully understand the lyrics and rhythms, the seeds of her talent were planted. She later became a top student in the Suzhou school.

In order to achieve flexibility in her fingers, Lu strictly followed the old method of putting a hand in freezing water and then playing the pipa until her fingers warmed. Then she would put down the instrument and start all over again.

“It worked, but my little finger developed arthritis,” she says.

In her first several years after graduation, Lu and a partner performed mostly in shabby theaters in rural villages. Since a long Pingtan story might require two weeks to tell, with different episodes every day, Lu often had to stay in a village for half of a month.

She lugged suitcases full of daily necessities, costumes and two pipa for each stay. To get to remote villages, she often had to take multiple trains and buses, and even a rickshaw on occasion. She had to endure basic accommodation without air conditioning, tap water or washrooms. In winter, sleeping in drafty rooms left her shivering.

“There were days when I asked myself why I chose Pingtan as a career when my peers were working in cozy offices,” she admits.

But she knew the answer. “I really love Pingtan and I just can’t quit,” she says.

Chinese government’s efforts to revive and promote Chinese cultural heritage have given a boost to the Pingtan genre. Artists now are paid better, receive public benefits and enjoy more comfortable working conditions. More importantly, they are feeling their contributions are important and they are being encouraged to innovate.

Lu was one of the Pingtan artists who seized the new opportunities.

Her first fusion work, which added the piano, was performed in memory of her late grandmother. Lu worked with artist Zhang Yanli from the Shanghai Conservatory of Music, who studied Chinese folk music and is also interested in Pingtan.

Their collaboration achieved surprising success and greatly encouraged Lu in her efforts to make a languishing art form more chic. “Maybe what I’ve done is just bumbling around, but I will keep trying to promote Pingtan and expand its audiences,” she says.