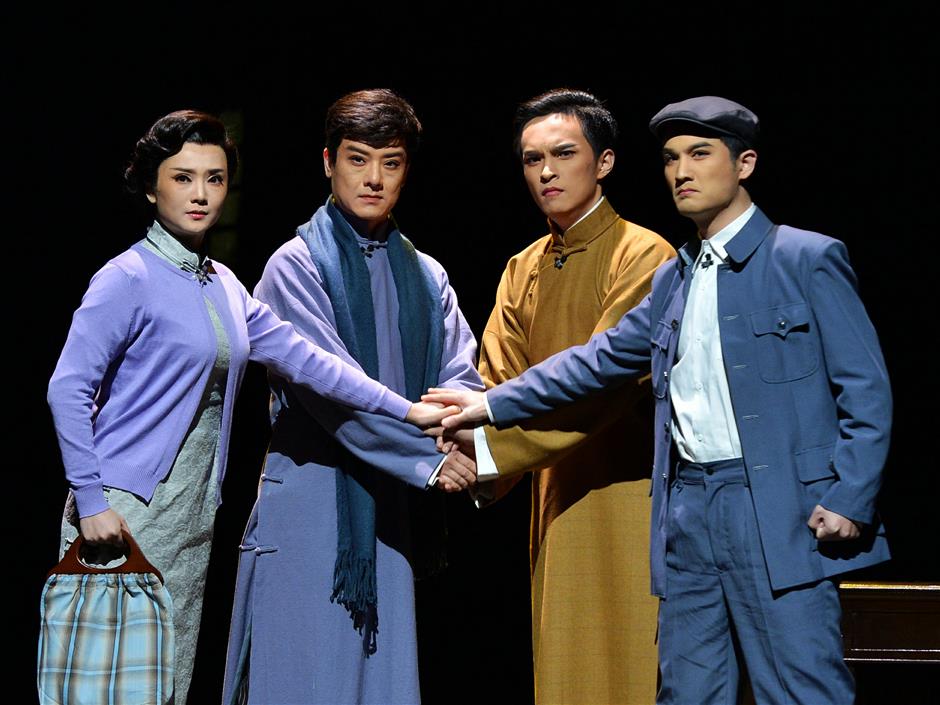 Original Huju Opera “The Top Secret” will make its debut at the Shanghai Grand Theater next Wednesday.

The play is a program of the 21st China Shanghai International Arts Festival. It also pays tribute to the 70th anniversary of the founding of the People’s Republic of China.

Produced by Shanghai Huju Opera Troupe, the play is set to the backdrop of Shanghai in 1931, when a group of underground members of the Communist Party of China manage to protect a secret from enemies.

Distinctive elements of the city are incorporated into the show’s music and stage scenes.

Following its debut, the show will also be presented to local college students and residents.

Mao Shanyu, director of Shanghai Huju Opera Troupe, revealed the play takes lens at the many unsung heroes in the city at that time in history. They made remarkable contributions to the founding of the New China.

The troupe will also create a new play “Commitment” and the youth version of the Huju Opera classic “Sister Jiang” to cater for the taste of young people.