Disease has always been one of the biggest threats to human life. Pained to witness his people suffering, Shennong, a legendary ancient tribe leader, toured the world in search of medical herbs and gave up his magic protection power to test each herb for his people till his death.

One summer, a terrible plague raged over the world. Many people were infected, and no effective medicine had yet been discovered. Shennong was anxious. 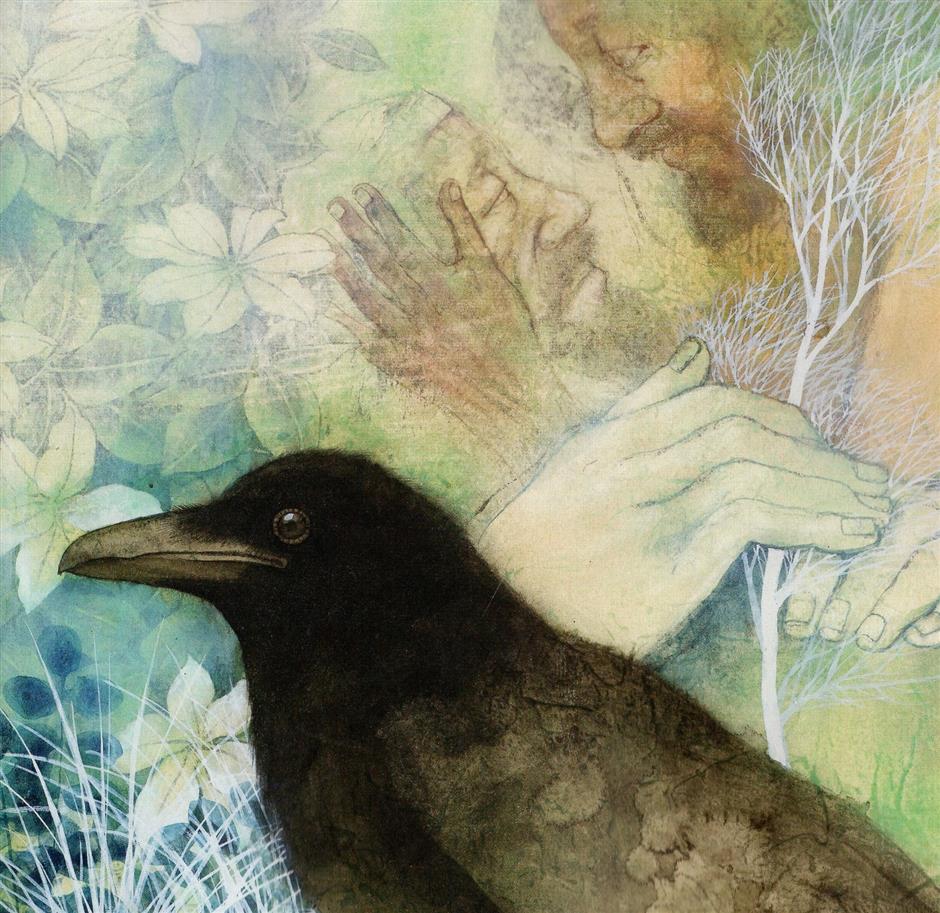 He smelt burning when approaching a village at dusk. He saw no smoke rising from the village chimneys, but some wildfire twinkling on burnt branches. It looked like monsters lurking in the dark with their eyes blinking.

Suddenly, a drum roll broke the deathly stillness. Following the sound, Shennong found some dying patients lying on stretchers made from branches while a wizard practiced magic.

The wizard pasted leaves on his face as four eyes, dancing and mumbling words with a shield in his left hand and an ax in his right. He then took a bow made of peach wood and some arrows made of brambles, shooting them in all directions and shouting: “See my arrows, God of Plague. Go away and hide yourself in the eastern sea! Go away and hide yourself in the southern forest!” 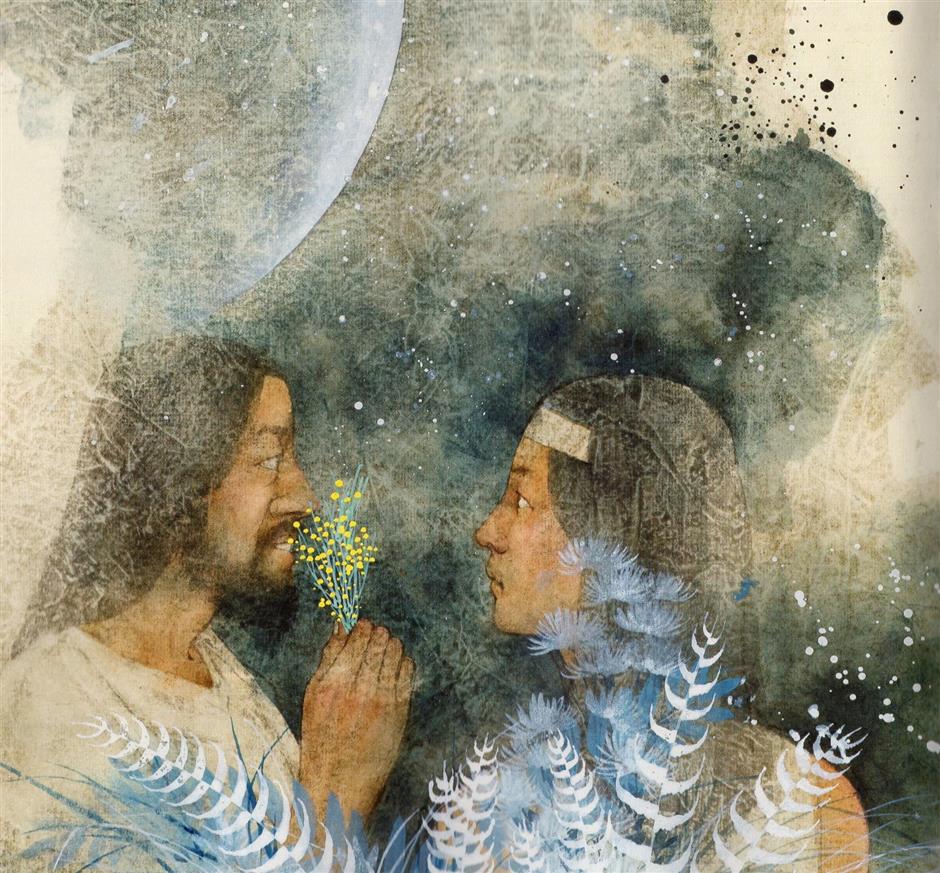 Before he finished his words, the wizard fell with a spasm since he was also infected. Shennong approached quickly and held him. The wizard opened his eyes, with blood on his lips.

“As a wizard, I have done my best. It is now your duty to save your people,” he said sadly.

Shennong stood up and said: “It seems that the magic power cannot help us. We have to find a cure ourselves.”

He decided to tour the world and tasted all kinds of herbs to find medicine for his people.

Herbs usually grew in the untraversed regions. Shennong and his followers climbed high mountains and waded through rivers, searching for effective herbs. 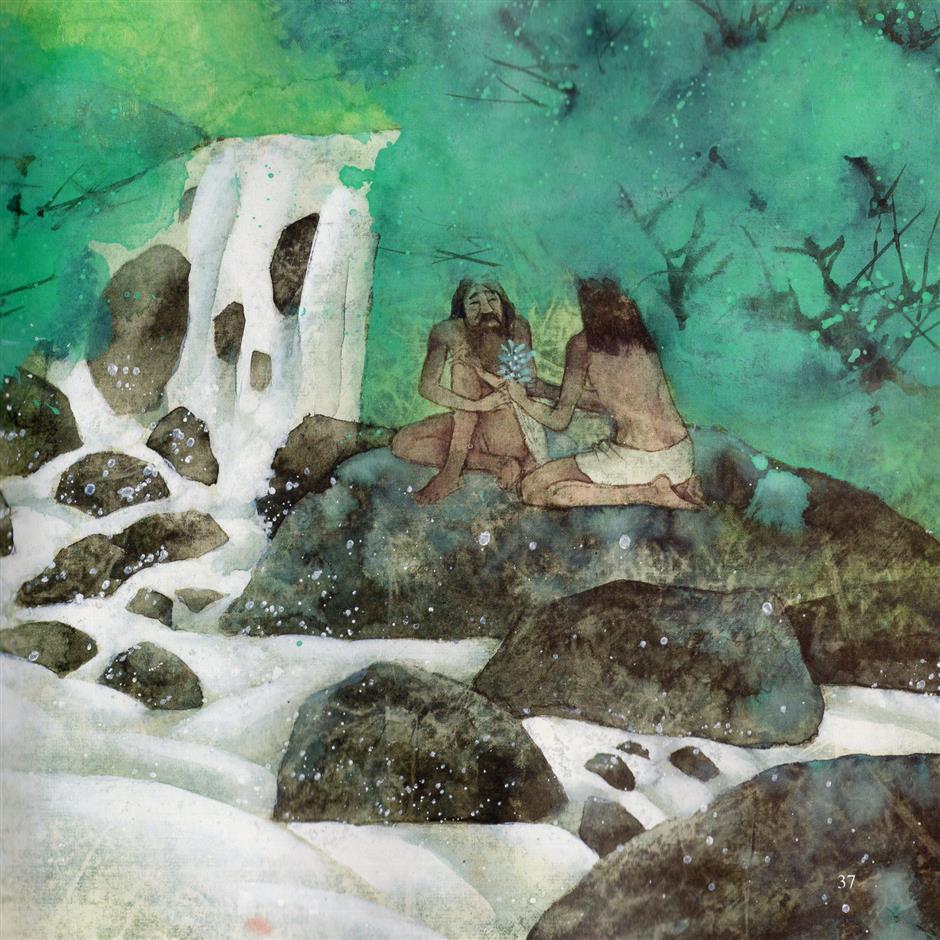 Night fell. Shennong sat on a hillside, summarizing the herbs they had discovered during the day.

“Let’s call this kind as ephedra. It tastes a little bitter and can help sweat and relieve coughing. It is a good medicine!” said Shennong.

The team came to a big forest on a high mountain with no trace of human habitation yet. There were rich kinds of plants here, but they couldn’t find a way leading to the top of the cliff.

Suddenly, they saw some monkeys climbing along the vines and trees hanging down from the cliff. Inspired by the scene, Shennong instructed his followers to cut down the trunks and vines and set up scaffolding along the cliff.

They climbed carefully along the scaffolding, collecting samples of valuable herbs on the way. This region was later named Shennongjia, literally Shennong scaffolding, commemorating the saint’s deed.

A Chinese saying goes that any medicine is toxic in some way. To find out the toxicity of every herb and how to use it properly, Shennong often consulted older, experienced local men.

One day, as he tasted a herb he just collected, an old man stopped him. “No! That is extremely poisonous.” But he had already chewed half the herb.

Surprisingly, nothing happened. Shennong realized that the magic power in his body protected him from poison. At night, Shennong ascended to the mountaintop and prayed to the Heaven: “Supreme Diety Haotian, please take away my magic power. I am willing to taste hundreds of herbs with a human body of flesh and blood, so as to test on all the possible medicines for my people.”

A hole appeared in the sky, which was the only passage between God and humans after the link between Earth and Heaven was severed.

An indistinct voice of the Supreme Diety Haotian came: “Once the magic power is worn off, you will die just like a human being.”

Shennong responded without hesitation: “I would rather bear the pain than see all the people suffering from diseases.”

Within that single night, Shennong’s robust body shrunk. His black hair turned white. His forehead was covered with wrinkles. Only his eyes were bright.

He tasted more than 70 poisonous herbs in one day. Some made him dizzy, some caused excruciating pain in the belly, and some led him to tremble all over. Fortunately, they had found a kind of herb whose leaves helped detoxification. Shennong named it tu (荼, a bitter edible plant). Chewing its leaves could help relieve toxicity.

After long-term searching and testing, Shennong sorted out the initial idea of Chinese herbalism, which served a foundation for traditional Chinese medicine.

As they kept on searching, the team found a kind of herb with small yellow flowers on a mountain which looked a bit like tu. As a young man reached for it, the herb wriggled like a worm. Shennong stopped him and picked one piece to taste himself.

His people were terrified, but Shennong insisted on testing it and said calmly: “I have to taste it as it looks like tu, lest some people should use it by mistake.”

Suddenly, Shennong turned pale and fell down. Blood flowed from his mouth and nose. Though given leaves of tu, he did not recover.

Shennong struggled to stand up and said: “My liver and intestines have broken by every inch. Remember! This is the most poisonous herb. Let’s call it duanchang cao (literally “intestine-breaking grass”).”

Shennong closed his eyes. People put a crown made of five gains on his head and covered him with thousands of herb flowers, and then bid farewell to the great “King of Medicine.”

The herb that killed Shennong was Gelsemium elegans. And the magic tu leaves which helps detoxify is believed to be tea.

“Shennong Bencao Jing,” or “Shenno’s Herbal Classic of Materia Medica,” as one of the four TCM classics, is the oldest work on Chinese herbalism in existence.

It is said to originate from Shennong, passed down orally until collected and organized into a book in the Eastern Han Dynasty (AD 25-220).