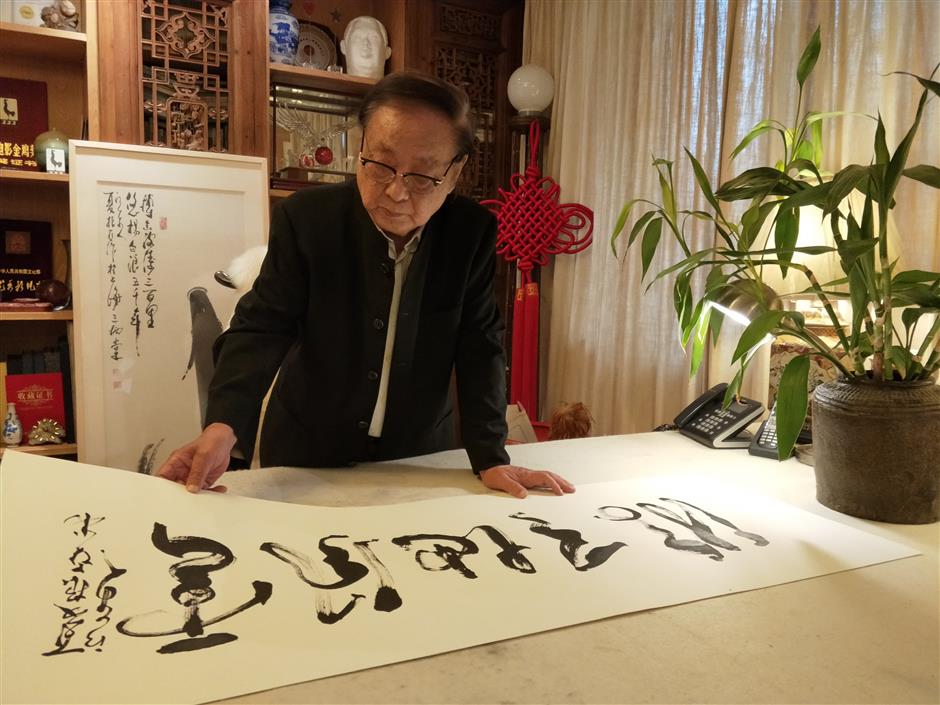 Chinese calligraphy may be a two-dimensional art form, but artist Xia Zhenya has decided to transform it into sculptures.

His calligraphy, ink-wash paintings and calligraphy-like sculptures are on display at “Art Plus Shanghai” from October 23 to 27 at Shanghai World Expo Exhibition and Convention Center.

Born in Funing, Jiangsu Province, Xia is widely recognized today for his achievements in filmmaking, ink-wash painting, calligraphy and writing.

Although he was born into a rich household his family’s fortune declined later on. But Xia was ambitious enough to pursue a dream outside of his hometown and was admitted into the Shanghai Film Academy photography department. After graduation he began work at the Shanghai Science Film Studio.

In the 1980s, the filmmaker shot to fame with a three-part documentary titled “The Art Masters in Shanghai.”

The film not only won Xia a national award from the Ministry of Culture, but also sparked his interest in traditional painting and calligraphy.

He was greatly attracted to the charm of rice-paper and for decades afterward the multi-talented artist has treated ink-wash painting and calligraphy as his biggest hobby.

His art has been recognized by the masters themselves. Artist Xie Zhiliu once named Xia’s studio “The Studio of Three Dwellings,” referring to the artist’s achievements in the fields of documentary, art and literature.

“You can call me a self-taught artist, but all my achievements came from the guidance of these masters. Because of the film, I became good friends with them and sometimes they would teach me and give me some suggestions. I am the kind of person who is good at observing and absorbing. I have always watched how they painted,” Xia said.

Xia revealed that no matter how late he got home he would practice on rice-paper as a kind of emotional release.

“The more I indulged in the ink-wash world, the more soothing it was to my heart,” he said.

The wild brushstrokes in black and white show his full understanding of the beauty in calligraphy art and reflects his special talent in it.

Despite his senior age, his passion toward art has never waned. With the technical support of Weichu Sculpture Art Team, he transforms Chinese calligraphy into a three-dimensional art form.

His exhibition at “Art Plus Shanghai” features more than 10 of his newly created calligraphy-like sculptures. The biggest one is a 2-meter-high piece in the shape of his written Chinese character — cloud (云).

“I discussed it with my sculpture team for more than half a year,” Xia said. “We did many experiments and used mixed materials including rice-paper and ink-wash to achieve the visual effect of the sculptures.

“In my eyes, calligraphy is similar to literature and painting. It is the culmination of the artist’s feeling, passion and thoughts — a wonderful calligraphy world of my own.”

The versatile artist has also published several books about his friendship with the art masters.

“Some people may find their inspirations gradually drain when they age, but that is never a problem to me,” he said. 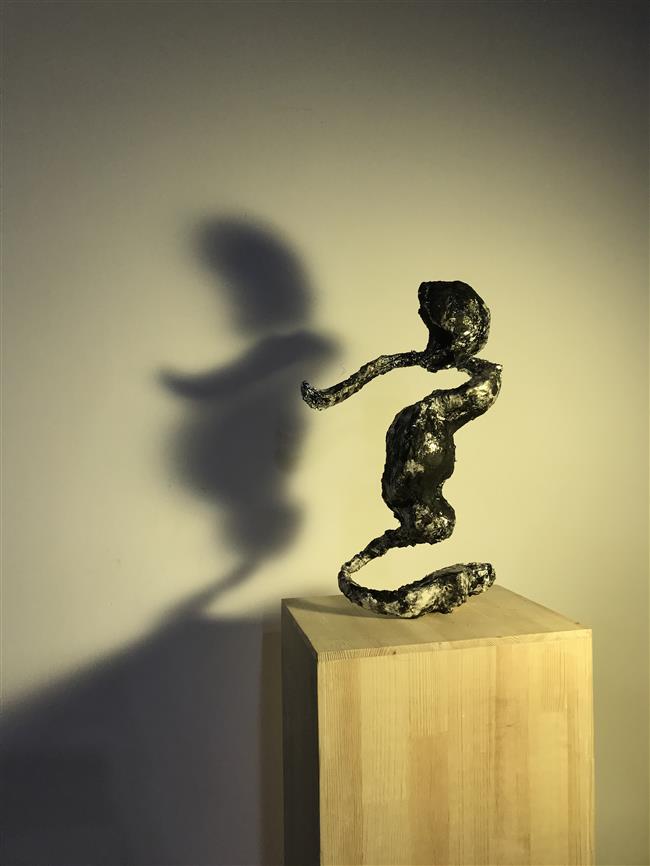 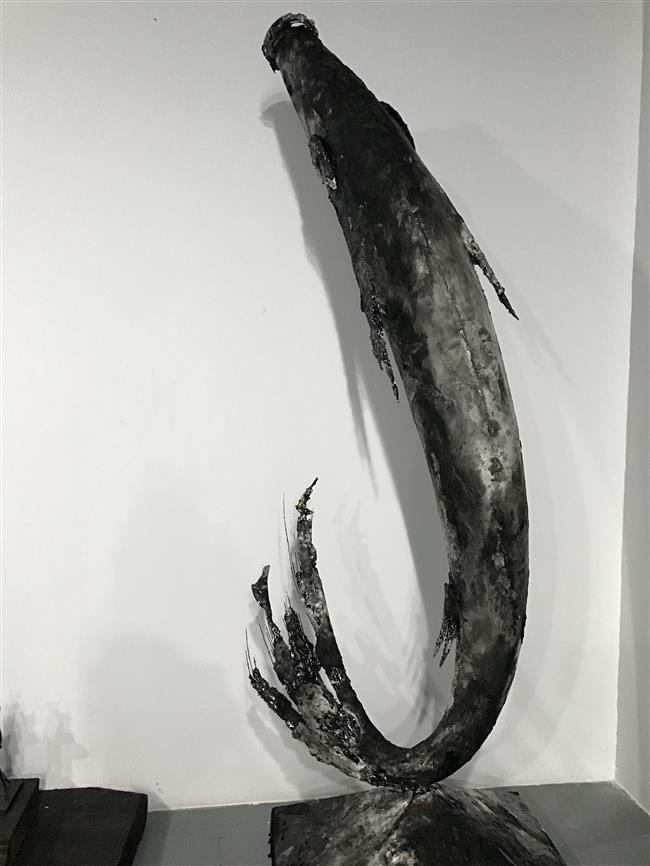