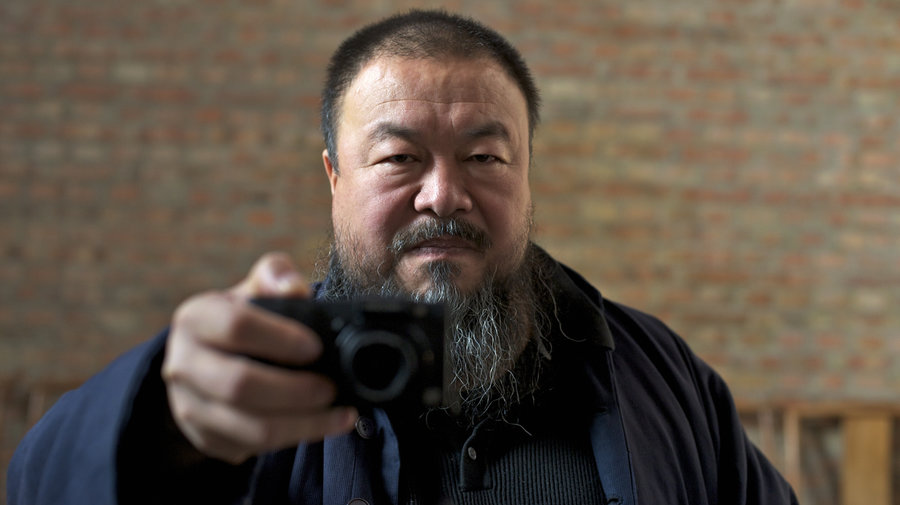 Chinese ART newS decided to recall the ten exploits of one of the main (and certainly the most famous) artists in China, Ai Weiwei.

1. Own investigation of the Sichuan earthquake

The catastrophe that claimed more than 70,000 lives in 2008 shocked the whole world. The drama of the situation was given by the fact that among the victims were mainly schoolchildren. Ai Weiwei created an extensive network of volunteers who traveled through the cities, searched for families and wrote down the names of the dead. According to the results of the investigation, the artist came to the conclusion that the real cause of the tragedy were unscrupulous schools. In the media, of course, not a word was said about this. A year after the earthquake, the lists of more than 5,000 dead were published, the film investigation of Hua Lian Ba’er was released, the director of which was himself who guessed.

In autumn 2009, a huge installation of nine thousand children’s backpacks was opened at the Munich House of Art, which comprised the phrase “She lived seven happy years in this world.” These were the words of the mother, whose daughter was killed in the earthquake.

The idea of a famous gesture, addressed to some famous person, a recognizable place, and indeed anything that causes a protest, belongs to Ai Weiwei. Even before zero, he became famous for a series of works “Faku all.” The exhibition with photos showing him the middle finger of the Eiffel Tower, the rain and the crowd at the Gioconda, gave rise to a whole boom of similar photos around the world that continues in the Instagram and social networks until now.

3. Open performance against the Olympic Stadium

In 2008, the Chinese authorities decided to compromise with the intractable artist and appointed Ai Weiwei as the consultant architect of the Olympic Stadium in Beijing. The famous “Bird’s Nest” has become the hallmark of the Olympics – however, probably the same as the statement of the artist on Twitter, which cast doubt on the very spirit of the Games:

“I’m for the Olympics, but not for this. I am against the Games, for the sake of which migrants are expelled from cities. All this is a mere fake smile for foreigners and party propaganda in its pure form. It’s very scary”.

4. Evidence of the officer’s guilt

Ai Weiwei is famous for his clashes with the Chinese police. After one of the representatives of the law struck him on the head during an illegal search, the artist decided to document in detail and document the further development of the story in his blog. Almost for a year he was refused a case against the policeman because of the lack of evidence. “I’m afraid to live in the country,” says Ai Weiwei, “in which my pierced head is not evidence.” A photo from the hospital flew around the Internet in a few hours, but the case for the officer and did not start.

In the late 1990s, exhibitions of photographs in China that were not related to ideology were officially banned. Then Weiwei and his friends decided to publish a book with an inconspicuous black cover, which they called it – “The Black Book”. Between themselves, the artists called it “the territory of freedom.” For the publication of the work of Andy Warhol or, for example, photos of Wu Ai Weiwei’s wife, tearing up a skirt on Tiananmen, you could get a considerable prison sentence – but everything turned out. Later, in 1995 and 1997, appeared the “Gray Book” and “White Book”, which caused no less resonance than their predecessor.

Perhaps the scandalous Chinese art would have been known not so much, if not for the art gallery China Art Archive & Warehouse, whose director is Ai Weiwei. Among Chinese art critics, he has long been called an “artist outside the system”. Ai Weiwei is the only famous art figure in the world from China who did not receive a special higher education. When asked about which group of artists Ai Weiwei considers himself, he only laughs and calls himself free from any influence of already existing trends. Perhaps that is why it was so important for him to open his own gallery and give young and independent artists, like him, an opportunity to acquaint the public with their work.

7. Destruction of the Khan dynasty vase

Perhaps, one of the most famous series of photos by Ai Weiwei has become scandalous due to its message, which is not always correctly understood by the viewer. The artist was often accused of blasphemy towards the past of his country, but in fact the idea of these pictures was to show the indifferent attitude of the state itself to its history. And if the viewer, perhaps, did not see a hint of uselessness and cruelty of the ruling regime in the country, then the authorities understood everything at once – and more than once tried to attract the artist to criminal liability.

8. The war for the transparency of information in blogs

“The Internet and blogs are great inventions, thanks to which ordinary people can influence public opinion,” said Ai Weiwei in an interview. His blog, which until 2008 was one of the most widely read not only in China, but also in the world, is closed after the published list of those killed as a result of the Sichuan earthquake. However, Weiwei does not give up and leaves on Twitter. The artist himself admits that he tries to write there every day – he does not see any other way of involving people in solving socially important problems: “No matter how ridiculous it may sound, I think that Twitter is the key to civil society.”

Through the blog, Ai Weiwei is looking for volunteers who help him conduct investigations, report violations, and also ask for material assistance – for example, for two days, most of the funds (more than a million dollars) were collected to repay a debt in default of which the Chinese authorities accused the artist.

This video with a pretentious name Weiwei releases immediately after the story with an officer who hit him on the head during an illegal search. Weiwei believes that if no one is going to speak out loud what everyone thinks, he should be the first – and only then, perhaps, he will have followers who will critically look at what is happening in the country.

In 2007, at the “Document” exhibition, Ai presented a large-scale Fairytale project. His idea was to take the Chinese abroad, and not dreaming of going to Europe. To do this, Ai Weiwei paid a flight for 1001 readers of his blog to Germany, provided them with suitcases, places in improvised hostels – and captured all this “fabulous” trip on photos and videos. True, the artist did not pursue the goal of becoming a good fairy. The only thing he wanted to do was show compatriots that they could live well without worshiping ideology.