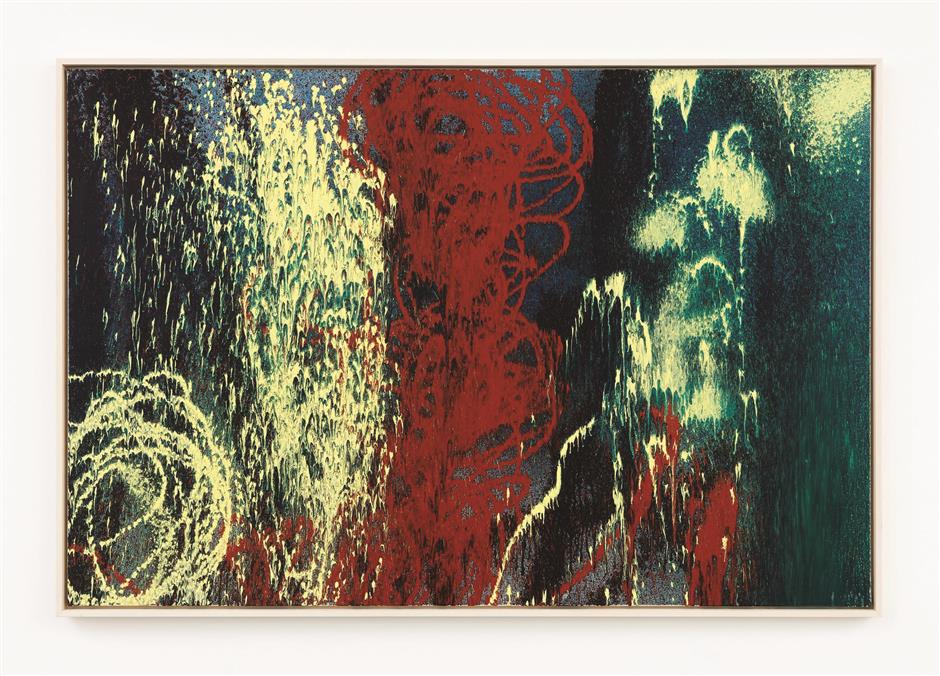 A solo exhibition of works by German painter Hans Hartung (1904-1989) is being held at Perrotin Shanghai.

Since his first exhibition in 1931, Hartung has paved the way for generations of modern artists.

The paintings on display in Shanghai range from the 1950s through the 1980s, revealing the power, depth and complexity of Hartung’s work.

By displaying diverse works produced on the days, visitors are able to understand the drastic shifts in technique, tools, scale and gesture in the artist’s rich and constant explorations.

It was during the last decade of his life that some of his most experimental and pioneering works were produced.

From 1979, Hartung expanded the range of techniques he employed in his work by introducing new and unexpected tools into his practice.

He used branches from the olive trees near his studio to replace paint brushes. Dipping the branches into vinyl paint, Hartung whipped his canvases with such intensity that wooden supports were placed underneath to prevent damage. In this way, his most energetic and dynamic works were produced.

Hartung continued to replace brushes with experimental tools and devices, including paint sprayers.

By 1986, the artist introduced a new mechanism into his already extensive armory of implements known as a “sulfateuse.”

He had been using spray paint in his work since the 1960s, but this earlier method of air spray not only required heavy lifting, but also left mechanical tracks.

The artist, who had suffered two strokes, embraced the new tool which enabled him to project great sweeping lines of paint with a simple flick of his wrist.

It combined interlacing lines with sometimes textured patches of color with varying degrees of density.

From 1986 to 1989, fine mists, thick “clouds” and freely doodled lines became the formal language of the artist.

The exhibition also includes two inks on paper dating from the 1950s.

Date: Through October 19 (closed on Sundays and Mondays), 11am-7pm