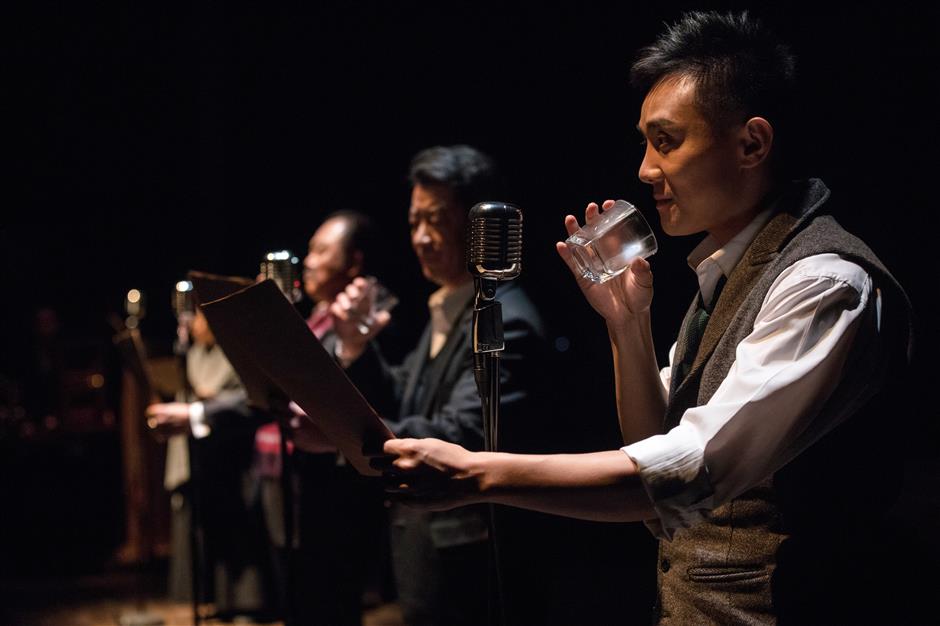 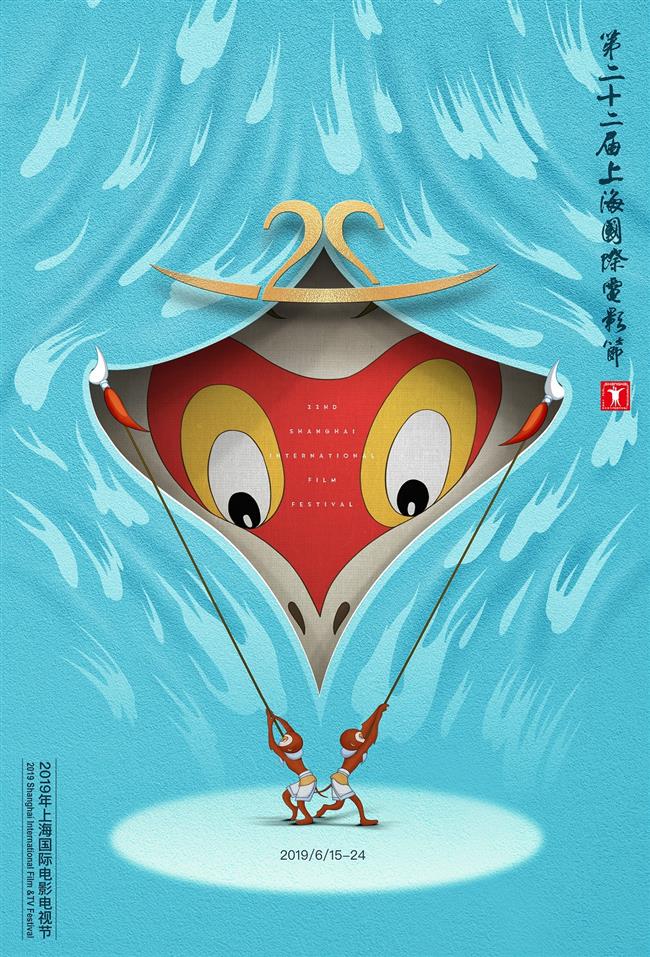 The poster for the film festival draws on elements of the Monkey King.

A poster for the current 22nd Shanghai International Film Festival, created by famed designer Huang Hai, pays tribute to the “creative heroes” who work behind-the-scenes to make movies a reality.

“It is a work that does not distinguish between front and back stage, but rather pulls the two together,” Huang said of the poster during an interview.

True, credits that roll at the conclusion of a film name those involved in scripting, production, shooting, transportation, visual effects, make-up, costumes, media, music and dubbing. But how many movie watchers really pay attention to the roll call of talent?

Dubbers are the unsung heroes of the film industry. An excellent voice-over can make a movie character come alive and stand out. Do we really notice that talent when watching a dubbed film?

Tucked away near Xinhua Road, home of the Shanghai Film Art Center, is a hub for voice artists and amateurs. It’s called Listen. Before ringing the doorbell, I marvel at the studio signboard, which features the silhouette of a singing bird amid ivy.

Listen was established five years ago by Di Feifei, a renowned dubber in China.

She has been the voice for numerous characters in foreign productions, including 10-year-old Elliott in “E.T. the Extra-Terrestrial,” police cryptographer Sophie Neveu in the “The Da Vinci Code,” Master Tigress in “Kung Fu Panda,” and Mary Watson in “Sherlock Holmes.”

“Voice actors are also actors,” Di told me. “We perform in the recording studio.” 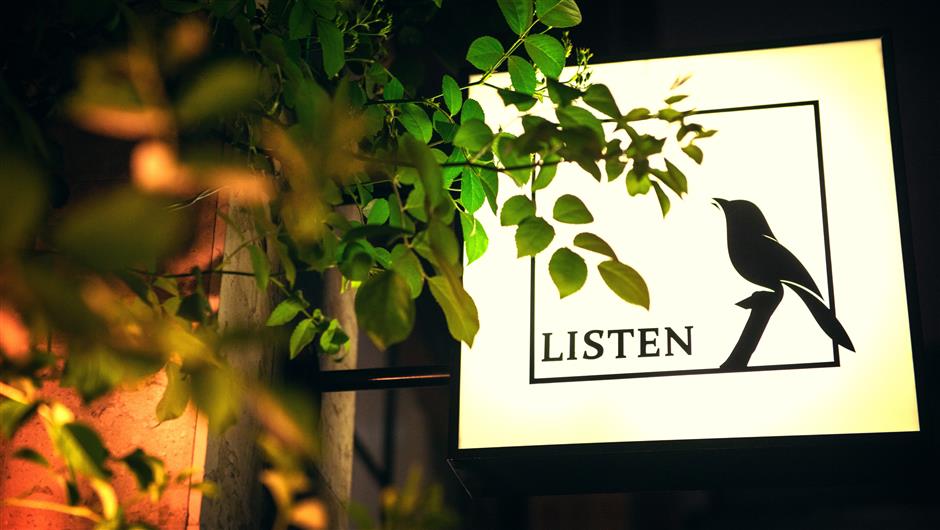 A songbird logo exemplifies what Listen studio seeks to accomplish in the realm of voice acting. 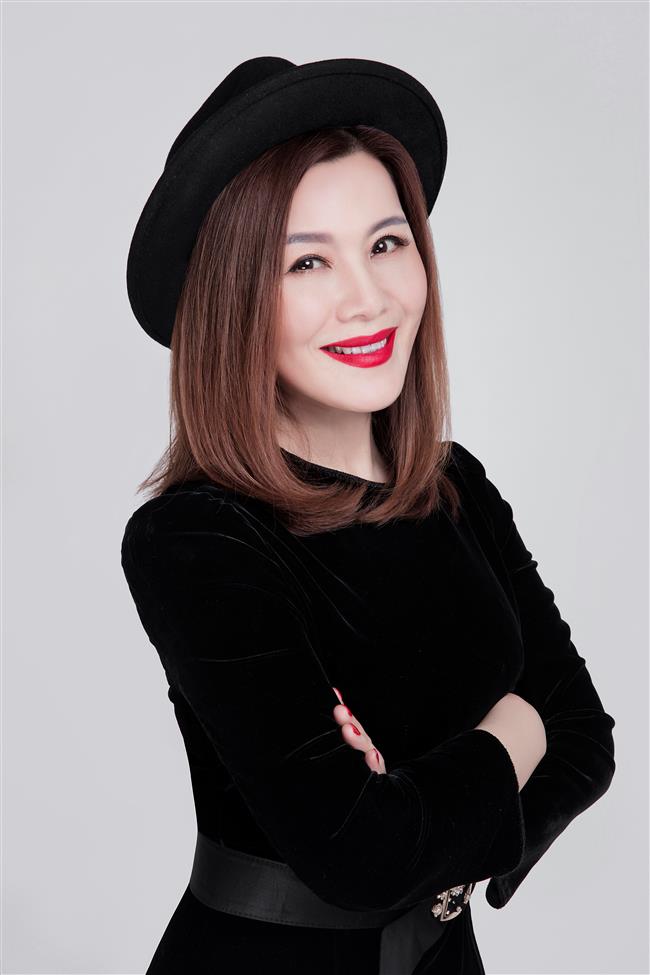 Di dubbed the voice for the character Ryan Stone in the movie “Gravity,” a science-fiction thriller directed by Alfonso Cuaron and screened this year at the film festival. She said it was one of the hardest roles in her voice acting career.

It challenged her physical limits because there are only two main roles in the film, which meant considerable dialogue.

In addition, the story is set in space, so breathing, tones and actions had to be modified somewhat to distinguish them from those on Earth.

“When I dubbed Ryan Stone, I needed to take a rest every three minutes because her rapid breathing caused me a sudden blackout in vision,” said Di. “Voice artists have to breathe in tandem with the actors on screen. We need to be consistent with the character’s words, their body pace and their perceived soul.”

Di has been engaged in the dubbing industry for over three decades. In 2014, when she was 50, she embarked on a new facet of her career and opened the Listen studio.

“I wanted to explore more possibilities of voice,” said Di. “Dubbing is a recreation work, combining art and technology. Actually, we voice actors are sometimes in passive mode, merely providing processing services for films and TV dramas. I wanted to create my own products.”

Stepping aside from dubbing, Di and her team members staged a widely acclaimed play entitled “Agatha Christie’s Murder on Air.” She also serves as a mentor on the popular variety show “The Sound,” which involves celebrities recreating sound from film and TV shows.

What makes her feel most fulfilled is sharing her knowledge and experience, she said.

Leading a young team, Di teaches people how to improve their voices via a popular Chinese podcast and audiobook platform, and she offers professional voice training in her studio.

According to research, 38 percent of a person’s first impression is determined by tone of voice. In that sense, our voices are our calling card.

“Most people care about their appearance, using beauty apps to edit their photos,” said Di. “What we do is beautifying people’s voices.”

Ciel Liu, 20, has attended Di’s online classes from abroad for four sessions. She is one of over 10,000 participants, aged between 6 and the 60s. They are from all walks of life, from teachers and white-collar workers to retired people.

“The lessons are a fast pass, allowing me as a beginner to improve the sound of my voice,” said Liu. “Papa Wu once told us that every person’s voice is unique, but many people just don’t know how to use it well. The teachers help us to perfect our natural voice, which sounds best.”

The Papa Wu she referred to is Wu Lei, a voice actor working at Listen studio. The cordial appellation implies the close relationship of the community. For voice-acting lovers, the studio is the hub of an extended family.

After voice-acting lessons, Liu said she now pays close attention to her voice. If she sends a voice message on WeChat, she always listens back to it.

The animated films that Liu watched in her childhood, like “Mulan,” “The Lion King” and “Lotus Lantern,” sowed the seeds of her interest in voice acting. 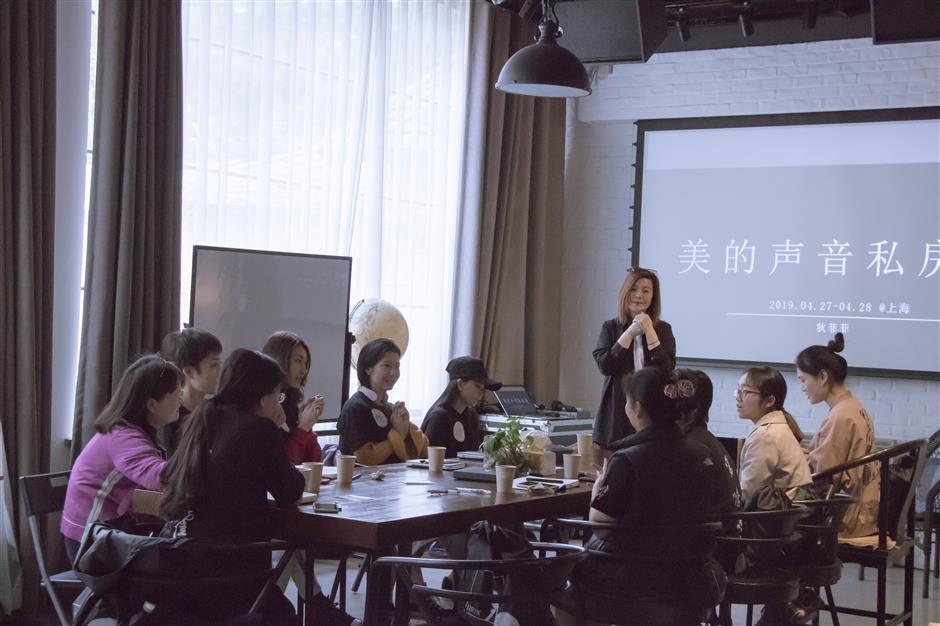 Di gives a class to the voice-acting amateurs in her studio. 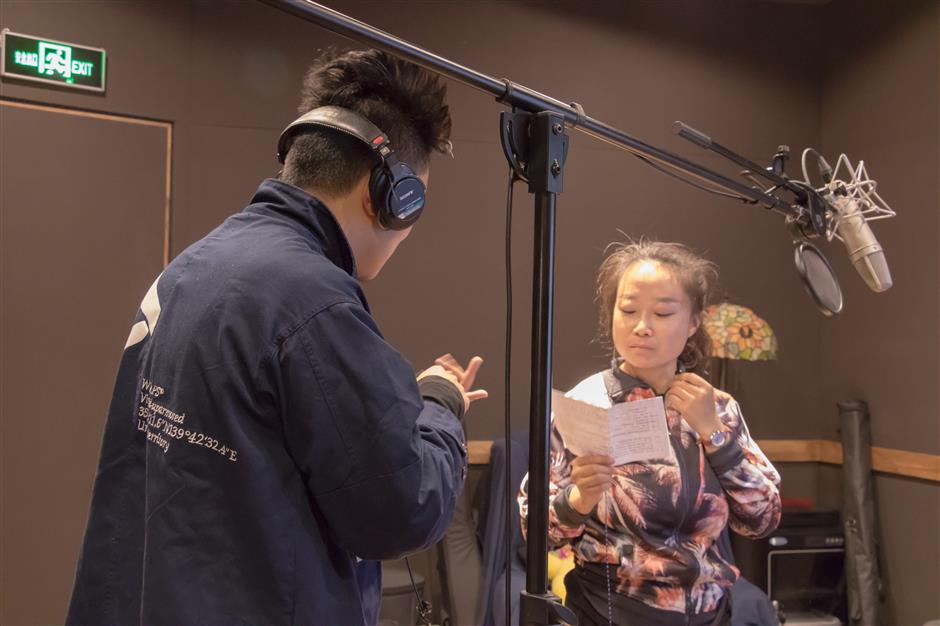 Wu Lei, nicknamed Papa Wu by his students, passes on the skills of voice acting.

Mikael Xiao, 22, another voice-acting amateur, majored in post-production techniques. He became acquainted with Japanese dubbers through anime when he was a teenager.

After taking both online and offline courses, he has dubbed several characters in movies and TV dramas.

“The first role I dubbed was a nameless hawker,” said Xiao. “I was both excited and panicky when I entered the recording room. I trembled when I first faced the microphone, then I settled down and immersed myself in the character.”

He said he found a new self in the classes, which sometimes involved rolling on the ground, doing martial arts and speaking in different tones as part of rigorous training. Xiao said he turned from an introvert into an outgoing person from the experience.

“Dubbing for the characters in TV dramas is more difficult than for animated characters because the former requires a natural style while the latter needs exaggerated effects,” Xiao said. “In voice acting, the most significant and difficult point is getting close to the characters.”

Some of the world’s best actors become the characters they portray, giving their performances a flawless reality. Voice actors essentially have to do the same so that their work is imperceptible. That point isn’t lost on Liu and Xiao.

“When I read a novel, I try to figure out the inner life of the characters,” Liu said. “The accumulation of the material helps me to have a better grasp of characters’ different mannerisms in speaking and behaviors.”

According to Xiao, he often stops to look at the people around him when he’s walking down a street or wandering in a market.

“Through voice acting, I have learned to experience different lives,” he said. “A voice actor might dub for several characters in a movie or a TV drama. In our hearts, we are always drama queens.”