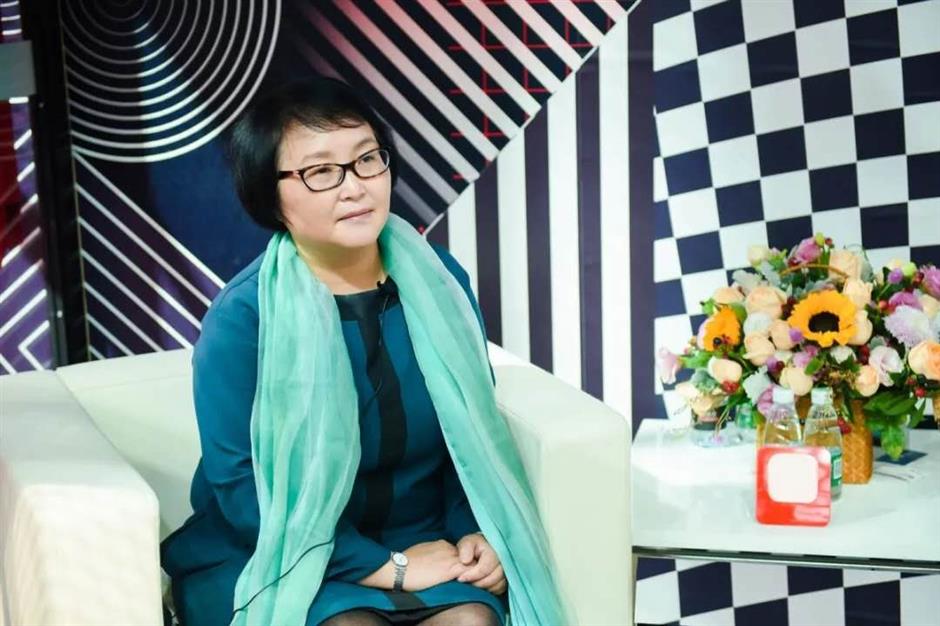 Cai Qin, vice director of the Zhejiang Provincial Museum, held a series of lectures in Hangzhou, Tianjin , Suzhou and Ningbo cities, talking about the imagery of Chinese women in ancient Chinese paintings.

Cai spoke to Shanghai Daily about how she started her research project and what she has learned from these historical visual documents.

Ever since the 1970s, studies on the iconology of Chinese women have been a popular research topic.

One of the earliest and most prominent scholars in the area is James Cahill, an art historian and professor emeritus at the University Of California, Berkeley, who showed keen interest in the subject in his later years.

Cai’s own interest started around 2000 when she saw Zhou Fang’s “Court Ladies Adorning Their Hair with Flowers” at the Shanghai Museum. Such paintings are known as “paintings of court ladies,” or shinv tu.

Cahill says they are a stereotypical portrayal of women from a certain period, lacking features pointing to a specific person.

“After 10-year research in the area, I would like to share some findings with the audience, not from the art history perspective but purely from the ways of seeing,” said Cai .

In her lectures, Cai shows a part of her large digital collections of ancient Chinese women’s portraits, covering a period from the 4th century to the late Qing Dynasty (1644-1911).

Most of the women in the pictures are of the upper classes, being shown in their homes doing various activities.

The lady’s chamber and back garden are the backdrop to the scenes from these women’s lives depicted in the paintings. The theme is invariably housework, teaching the children, spinning and weaving and embroidery.

A feature of the scenes is leisure, such as applying make-up, playing instruments, reading, composing verses, brewing tea, or even leaning on the railing at the edge of the garden, staring absently into the distance.

The private gardens were bought and designed by men as a place where they could rest and seek comfort. The women were much like the flowers, plants and rocks that adorned it, and pleased their male partners.

So women adopted a public persona for themselves. They were told what they should do and should not, to meet the demands of society, mostly men, instead of pursuing their own interests.

There are exceptions though.

Cai raised the example of one painting, which depicted 13 female students seeking instructions from Yuan Mei, a poet and scholar of the Qing Dynasty.

In 1792, while Yuan was living in Hangzhou , he taught the young women in town, which was unprecedented.

The portrait painter, You Zhao, recorded the scene of the teaching, while another artist Wang Gong added the background. 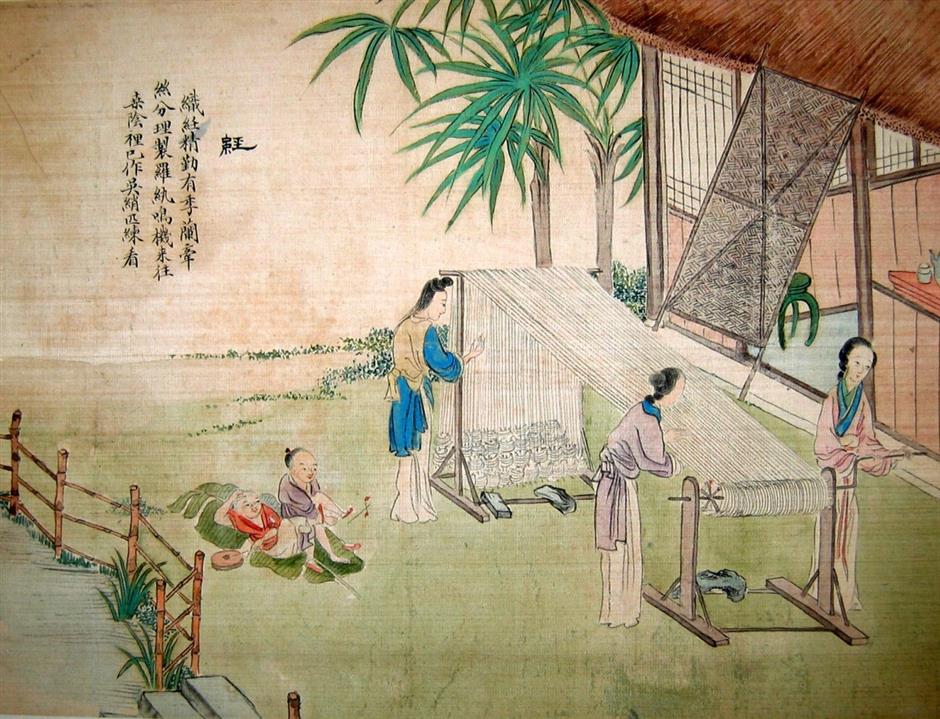 A late Qing Dynasty scholar and painter called Ye Yanlan copied the painting. The You Zhao original disappeared for some time, before reappearing at Christie’s in Hong Kong in 2010, while the Ye Yanlan version is now displayed at the Zhejiang Provincial Museum.

“In some families, women’s endeavours received support and appreciation from their father, their brother or husband,” said Cai. “For example, the 12 female members of the Jiaoyuan Poetry Society in the 17th and 18th century all had their collections of poetry published, their accomplishments recorded in the official annals of local history, bringing glory to their whole family.”

Some ancient women were writers, publishers and painters, and some even earned a living as professional painters.

But Cai said that these were some of the very rare cases, women who were born into wealthy families or married influential men.

Another genre of the paintings focused on women at work — which may include washing clothes, weaving or doing needlework.

A “Ploughing and Weaving” painting at China National Silk Museum highlights the scene of collaborative work during the silk production season.

“These images are obviously not intended to celebrate women’s work capabilities or independence, rather they expressed and reinforced the traditional idea that ‘men plough while women weave,’” Cai told Shanghai Daily.

During a Q&A session after the lecture, an audience asked Cai if she thought that women’s space and the range of their activities were much wider today.

“It is a hard question to answer,” replied Cai . “Although we are allowed to do many more things today, sometimes women still mislead themselves.”