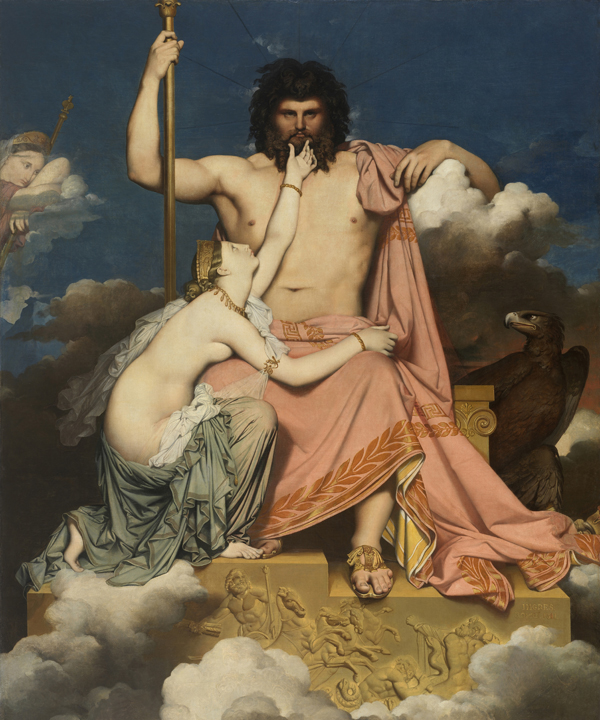 Titled Stuff of French Dreams — Academy and Salon in the 19th Century, the exhibition displays works mainly from the world-renowned National Center for Visual Arts and the Parisian School of Fine Arts.

Offering visitors a vision of creativity and vitality from 19th- and 20th-century France, the exhibition focuses on artwork created in France during the period from the French Revolution to the First World War, with Paris at its center.

The works include masterpieces by artists such as Dominique Ingres, William Bouguereau and Pascal Dagnan-Bouveret.

It also includes sculptures by François Rude, who created the bas-relief Marseillaise on the Arc de Triomphe in Paris. The three oil paintings by Ingres, including Jupiter and Thetis, are particularly noteworthy.

Inspired by the European Enlightenment, artists resisted the luxurious Rococo style favored by the aristocracy and embraced the art of Greece and Rome in antiquity.

French artists of the 19th century also aimed to improve morality and advocate republican ideologies by reviving the styles and spirit of the classical tradition.

As a result, France witnessed an all-round prosperity of arts and became the world art center in the 19th century.

The Academy and the salons at the time served as creative platforms, which allowed different styles of artistic movements such as Neoclassicism, Romanticism and Realism to flourish, and in turn enabling the arts to play a part in social reform and modernization.

The exhibition will also be available at the Kunming Museum in Kunming, capital of Southwest China’s Yunnan province, between June 8 and Sept 9.