If you’re a fan of art and a lover of the sea then you might want to get your toes wet at a new oceanic-themed exhibition.

“Deep Blue: A Tribute to Tara,” currently running at the Galerie Du Monteil Shanghai through October 27, is an exposition which hails an innovative marine research schooner named Tara.

Tara, built in 1989, is a 36-meter-long, 10-meter-wide research schooner, with a load capacity of 120 tons. Its mission is to anticipate climate changes and monitor any developments that might lead to a global environmental crisis. But, for the past 15 years, Tara has been welcoming abroad artists-in-residence.

“We are continuing the tradition of the legendary 19th century naturalist expeditions, when sailors, scientists, and artists all set sail together to share the same experience, each with his individual work and mode of expression,” said Romain Trouble, executive director of the Tara Ocean Foundation.

Different from most curators with a solid art background, the exhibition’s custodian, Chen Qiufan, is an “alien” name in the art community but a “big shot” in the area of science fiction.

Born in 1981, Chen is one of the nation’s most prominent contemporary writers of Chinese sci-fi fiction.

His works are defined by a multiplicity of styles, united by common influences from Western science fiction and by 1980’s culture, which nourished it.

His work has been translated into several languages and featured in numerous European and American sci-fi magazines. His representative works include “The Waste Tide” and “Future Disease.”

The highlight of the exhibition goes to a daunting work created by Maki Ohkojima’s “Memory of 4.6 Billion Years.”

It features the shape of a big whale made of recycled leather hanging from the ceiling. The surface of the whale is filled with various animals, spirits and tiny creatures, painted by the artist.

Ohkojima sailed with the Tara schooner for six weeks from Guam to Yokohama in 2017. The experience was a unique opportunity to “know more about climate change and what is happening in the sea. The ocean, forest and creatures are all connected, and humans are just a part of the larger circulation of the universe,” said the artist.

“I witnessed the death of a whale. The dead whale first sank into the ocean and later floated up due to the ammonia inside,” Chen said. “Then, its dead body became food for various small sea animals who lived inside it, which inspired the artist to create this art piece. The 6-meter-long whale-like work seems to be the carrier of countless primitive marine creatures and the incarnation of the earth that glows in the vast galaxy.”

Another interesting work at the exhibit was created by Hugo Deverchere, who is keen to build a world that transcends time and space.

His work “Cosmorama-Recordings” was produced in collaboration with Teide Observatory on Mount Teide in Tenerife, Spain.

The work contains a series of images, including stellar star clusters shot by a telescope, volcanic rocks, whose composition is similar to some meteors, signs of animal presence collected in a lava desert where NASA tested a Curiosity rover before sending it to Mars, and plant shapes gathered in a primal forest witnessing the state of the continent 50 million years ago.

By using cyanotype, the artist can transfer invisible information, collected by infrared photography, into images.

At this July’s Summer Davos Forum, he witnessed how powerful the ocean is.

“A set of interactive programs based on global warming data reveals when the average global ocean temperatures rises by 2 degrees. Shanghai, where the exhibition is held, will be completely submerged into a real Atlantis,” he said.

Q: What’s the advantage of your role as a science-fiction writer in being curator for this exhibition?

A: Science fiction is a genre that connects technology and humanity, which gives me a broader view of perceiving the world and its people. It also allows me to bring in different perspectives while handling topics like the ocean and environmentalism, as a tribute to Tara.

Q: What attracted you to participate in this Tara art project?

A: To me, art and science fiction have a lot of similarities. Firstly, both require a certain level of technique and skills. Secondly, the estrangement of aesthetics is important to reflect our reality in a different way. And finally, both resonate on multi levels, such as cognition and emotion.

So I take the Tara art project as a perfect field to examine both categories since it delivers the beauty of the ocean and the urgency of our fragile environment.

Q: What’s the challenging part for you in this project? How did you choose your artist?

A: The challenges came from time and limited resources. The team needed to contact and discuss and borrow all of the relevant art works from different places in the world.

Firstly is the ideology consensus, it allows the interpretation coherent to the theme of Tara. Secondly, the quality of the artwork involved should have skillful techniques and fully express aesthetics. Last but not the least, the artists should have a very strong personal style and insistency on their directions and unique voices.

Q: What kind of message did you want to render to the viewers?

A: The ocean is beautiful yet fragile. We are all living creatures connected to each other and belong to a greater eco-system. Everyone should be aware of the urgency and the importance of protecting our ocean from changing our daily behavior and habits.

Q: Will the experience in writing science fiction and curating an art exhibition mutually affect each other for you?

A: Yes, both are story-telling. As a curator, you need to find out the implicated clues among the artists and works even hidden within their contextual background and history, which makes you feel like a detective.

And during the curation process I strongly feel you need more knowledge and experience. You must set up very high standards or else you are just randomly putting things together.

Q: Could you use a few sentences to describe the scenario in your mind if the “end of the world” comes?

A: The end of the world has already come and gone. We are just in the digital edition of human civilization preserved in the database on the dark side of the moon. The system reboots every billion seconds and feels, to every individual consciousness, like déjà vu. 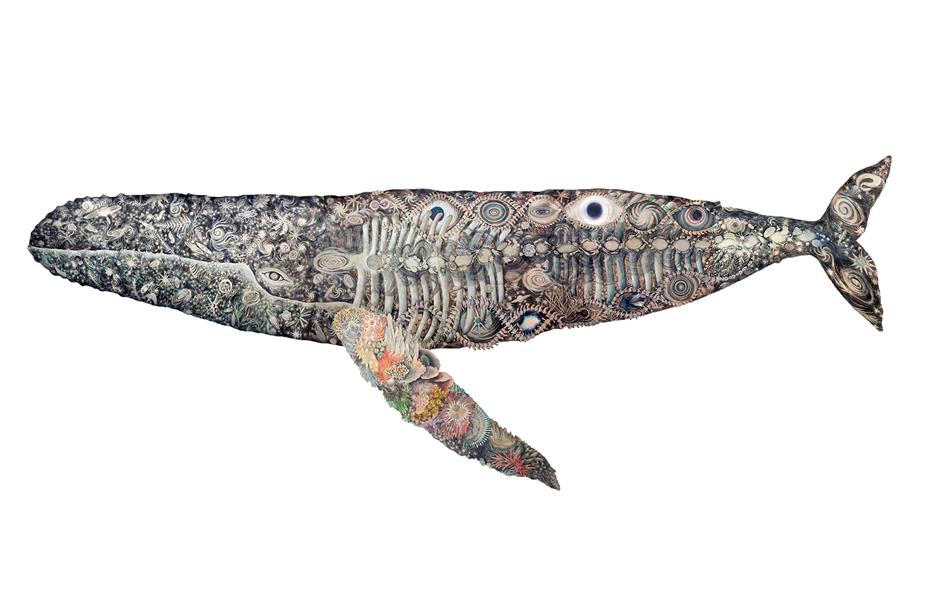 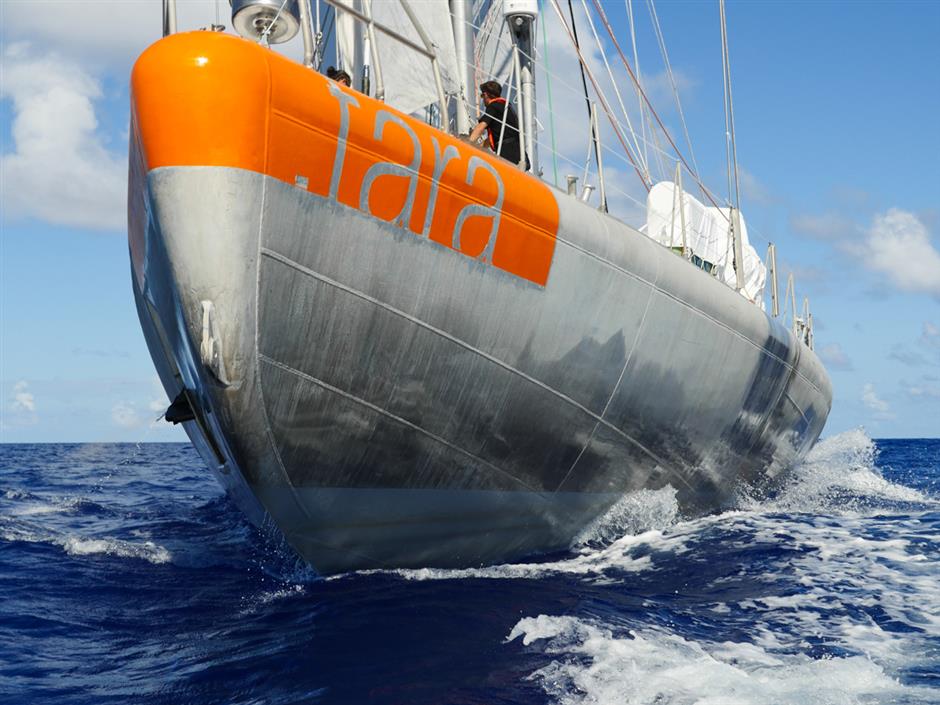