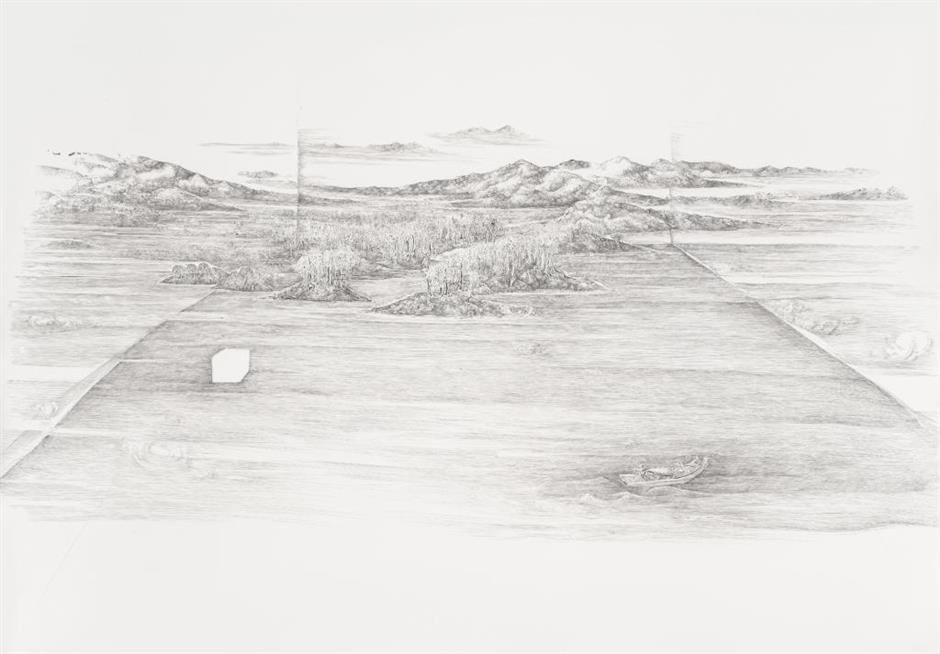 Nearly everyone could paint with a pen, but only a few turn those daubs into a piece of art.

The exhibition “Moonlight Mile in the Snow” at Gallery Dumonteil Shanghai explores artist Lin Guocheng’s ink work with more than 10 recent works, which pertain to his contemplations on the aesthetics of Taoism.

As one of the oldest philosophical systems in China, Taoism believes that everything in the universe originates from the “Tao,” a natural order underlying the substance and activity of the universe — bodiless, invisible and yet ubiquitous.

“Whether it is an instant or eternity, solidity or liquidity, there is no definite answer. Things are neither tangible nor empty,” says the 40-year-old. “What I would like to show is simple, nothing more than lines and beauty.”

There you see small condensed engraving strokes work with long smooth flowing lines; intricate details play alongside the use of blanking under the composition with both scattered and focus perspective.

The “Moonlight Sonata,” from his “Moonlight Mile in the Snow” series, unveils a land of light and shadow — part of his most cherished memories.

“I often think of the snowy night when I was driving across the North China Plain. As the moon rose from the Yan Mountains, it was so white and pure. There is nothing, yet you see everything,” Lin says.

Born in 1979 in Guangdong Province, Lin attended Sichuan Fine Arts Institute between 2002 and 2003 after withdrawing from high school. He currently works and lives in Beijing and Kunming. 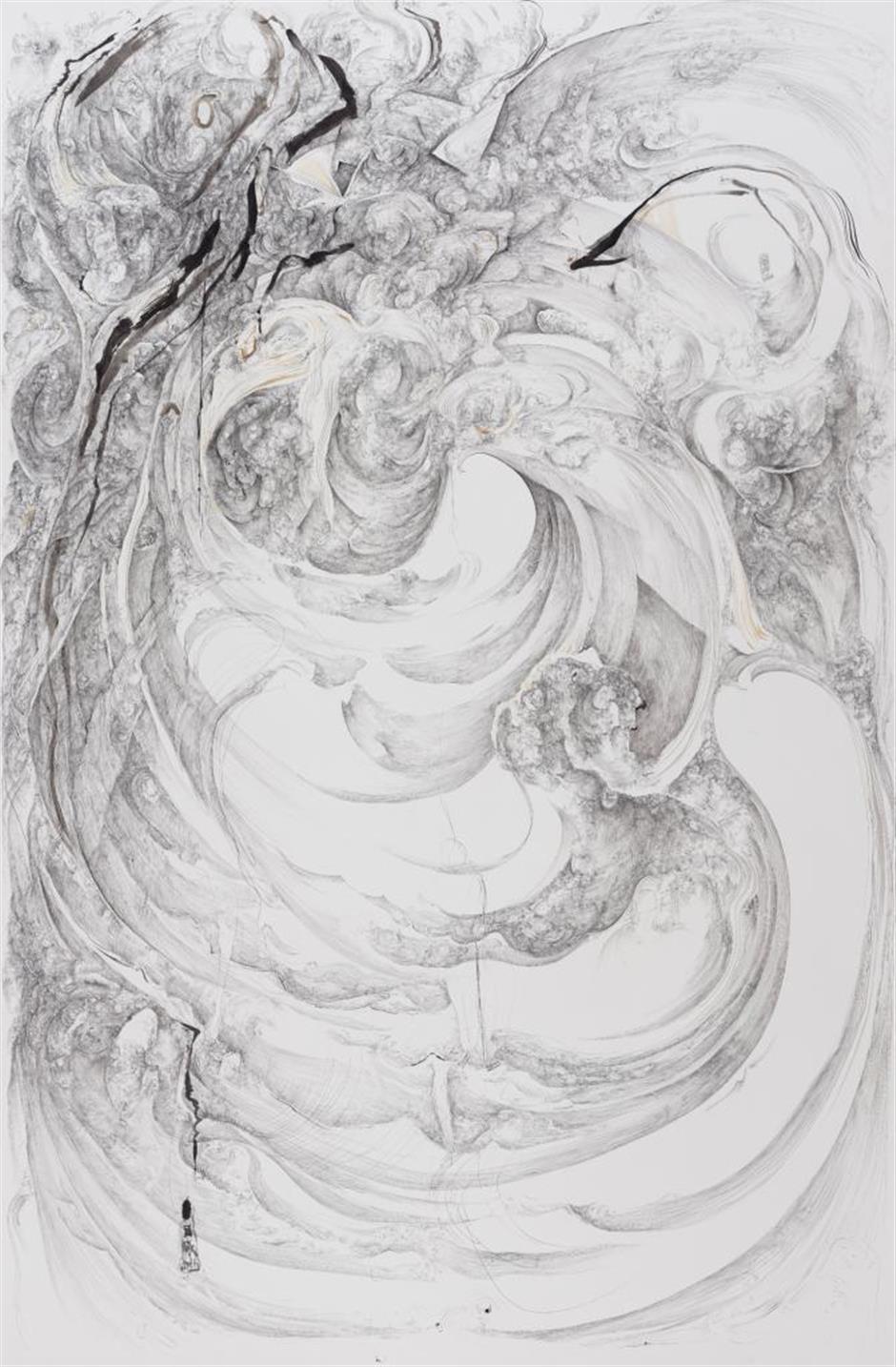