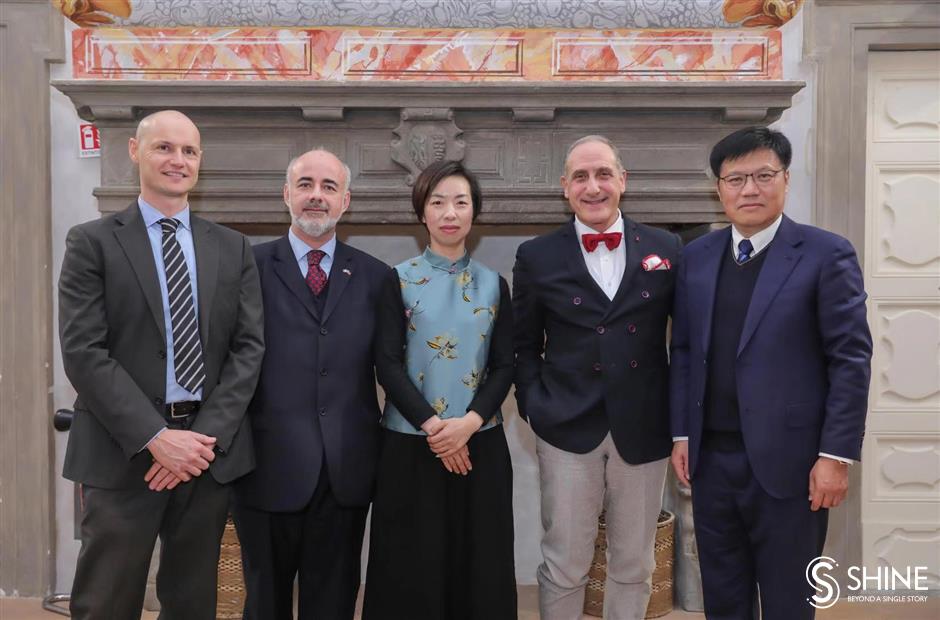 Milan has made great contributions to its culture in the past decade and continues to invest in and promote its cultural heritage, Domenico Piraina, the city’s cultural promotion department director, said at a symposium during an exhibition of Shanghai embroidery in the Italian city.

The symposium, held after the opening ceremony of the “Let’s Meet Shanghai: Gu-style Embroidery Exhibition,” gathered guests from Milan and Shanghai’s Songjiang District to discuss the cultural inheritance of both cities.

Piraina said Milan had greatly developed its cultural aspect over the past 10 years. “Not to say that there was no cultural heritage before, but the city was considered more related with business and commerce. Especially after winning the 2008 Expo, we started a process that could help improve the cultural heritage of the city.”

In a recent survey, Milan ranked second as a cultural city in Europe. “Culture produces many great things. Besides improving the cognitive heritage of the individual, it helps in bringing people together, as they are proud of their own heritage and can identify in symbols, for example, La Scala, the Duomo, the Royal Palace, Sforza Palace, etc,” he said

Investing in culture helps citizens feel better, he said. “It also has an impact on tourism, bringing both capital and an international reputation. Today many people come to Milan just for the culture, whereas before many would only come for business and for the big companies. Nowadays they come specifically to admire our museums, activities.”

An understanding of culture is very important in the business world, he said. “For an Italian entrepreneur who wants to start a business in China, it’s crucial to understand Chinese culture, as it is for a Chinese businessman. Culture is the door that opens almost every relationship, even more than business does, because only by understanding the history of who stands before you can we can build positive relationships. That is why culture is so important in international relations.”

Songjiang also has an important cultural heritage and a growing awareness of preserving and protecting it, the symposium heard.

Lu Zhongxin, deputy director of the district’s publicity department, said the history of Shanghai originated from Songjiang, where human activity could be traced back around 6,000 years. “Songjiang is the root of Shanghai and the origin of the Huangpu River. It has nearly 20 types of intangible cultural heritage and Gu-style embroidery is one among them,” Lu said.

Gu-style embroidery came from Songjiang people’s pursuit of a better life and this masterly craftsmanship was now being inherited by the younger generation, Lu added. 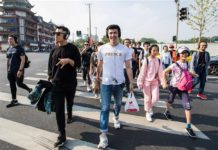 ‘Cruising theater’ plucks us from our comfort zone