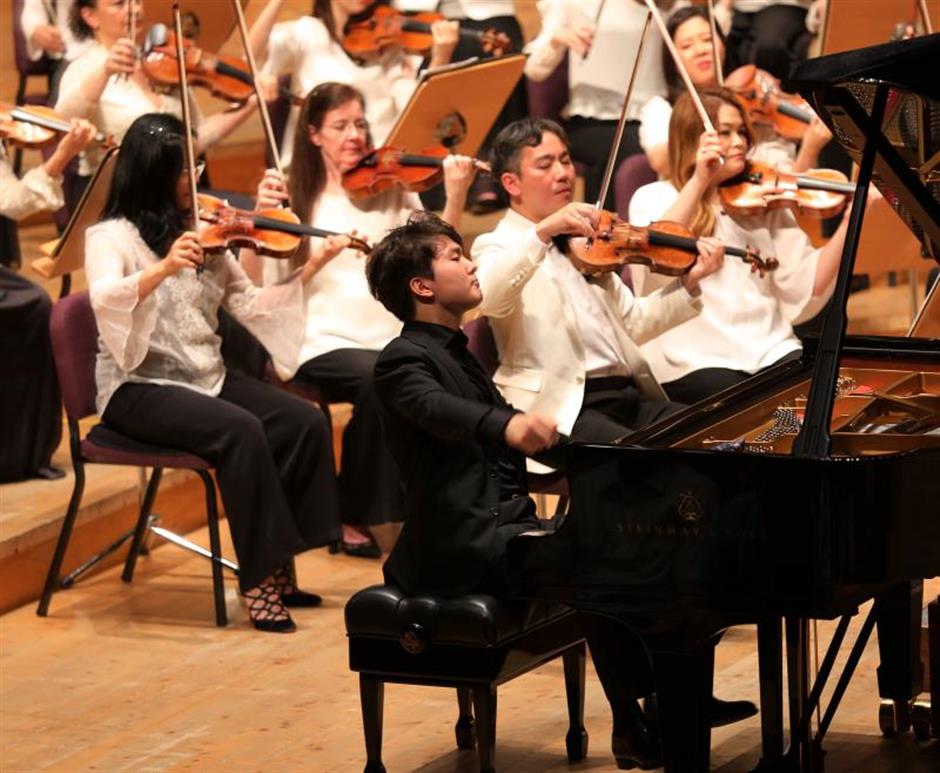 The New York Philharmonic opened the 10th Music in the Summer Air festival on Tuesday night at Shanghai Symphony Hall, to be followed by 22 concerts over the next two weeks.

The festival, hosted by Shanghai Symphony Orchestra, features an installation “bamboo forest” in addition to concerts that cross boundaries between classical and contemporary, or between music and cinema.

Highlights from the festival in the past 10 years are featured on bamboo sticks to reflect its history that has been shared with audience on average younger than the usual crowds for classical music concerts.

“Like the festival’s name, this festival has brought a musical vibe to Shanghai in the summer,” said Yu Long, the orchestra’s music director who proposed the festival.

“We started in a parking lot in the first year and experienced countless challenges. I truly appreciate how our audience have stayed with us for 10 years, and our staff who worked very hard every year. Shanghai is a city with a rich culture, and this young festival has added something refreshing to it. I look forward to the next 10 years.”

Cho came to international attention when he won the International Chopin Piano Competition in 2015 and one of his first concerts was a recital in Shanghai that winter. The New York Philharmonic, which has a long-term partnership with Shanghai Symphony Orchestra, has returned for the fifth consecutive year.