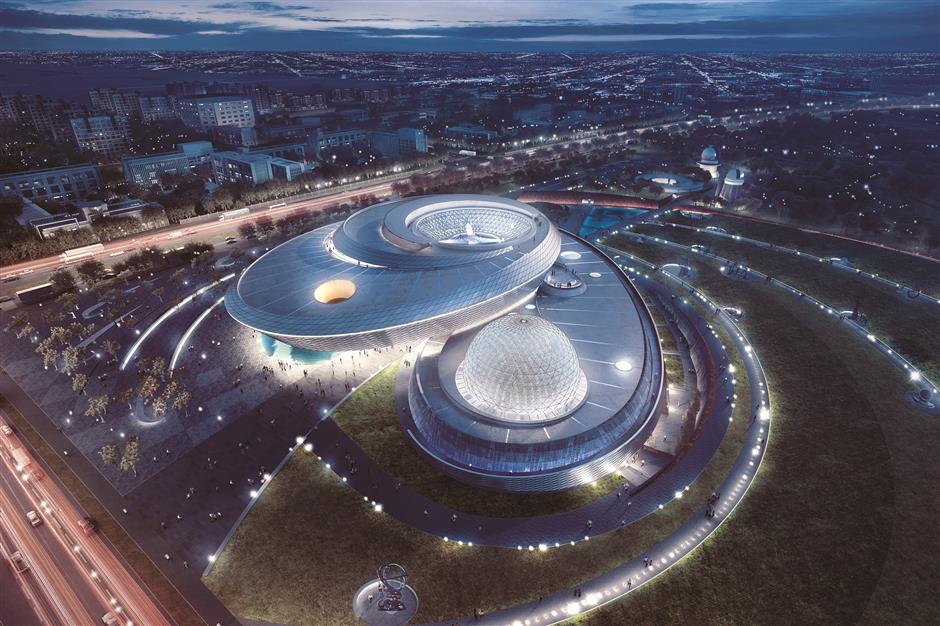 Shanghai is not ideal for stargazers. The clarity of the night sky is obscured by skyscrapers, neon and often haze.

Shanghai Planetarium has a solution: move out of the urban core. The newest branch of the Shanghai Science and Technology Museum will be located in the seaside satellite city of Lingang on the southeastern tip of the Pudong New Area. It’s about 90 kilometers from downtown.

After it is completed in 2020, it will be the largest facility in the world dedicated exclusively to astronomy.

Thomas Wong, chief designer of the planetarium, is from Ennead, a New York-based architectural firm. He has spent the past year shuttling between Shanghai and New York every month to inspect the progress of the project.

Standing in a plaza now filled with scaffolding, the new building will feature a spiral gallery circumscribing a central atrium, giving the structure the appearance of levitation.

The main steel structure of the planetarium was completed in June. In addition to the main building, there will be observatories with telescopes and a youth “camp” where teenagers can spend the night.

Wong said the main driving idea behind the architectural design is the orbital motion of the Earth, the moon and the sun. The building will revolve around three central forms — the Oculus, the Inverted Dome and the Sphere — to reflect the three celestial bodies.

“The designs were meant to connect people and experience to the actual astronomical phenomena,” Wong said. 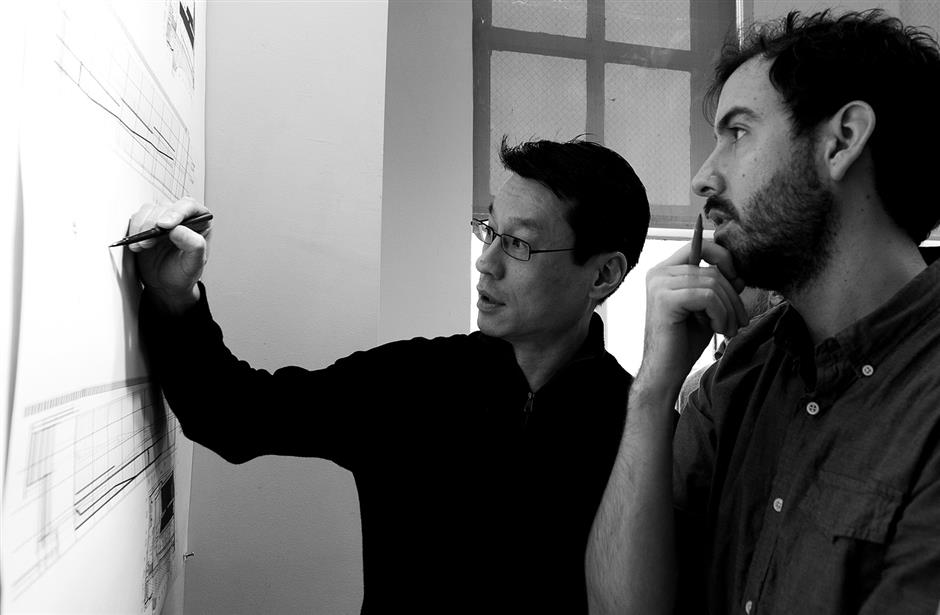 The Oculus, a big hole in the building, functions like a sundial. It curves in a large cantilever so everyone entering through the main hall will experience the figure of light it creates. It will project a variety of shapes of light on the public plaza, marking the time of the day and the time of the year. As the sun tracks through the day, the figures will change.

The Sphere will hold the planetarium theater, the largest of its kind in the world. A continuous skylight around the sphere will allow light to enter. On the longest day of the year, the summer solstice in June, the structure will highlight a complete ring of sunlight.

“The architecture should resonate with the public,” said Wong of the designs, which highlight the continuum of China’s long history in astronomical science.

“Hopefully in the future, families and friends will gather here to spend a special Lunar New Year Festival,” said Wong.

The last feature, the Inverted Dome, sits atop the main atrium of the planetarium. It’s an outdoor area where the gallery sequence spiralling up from the plaza to the roof ends.

After people see all the exhibits, they will have their closest encounter with the sky in the dome. Its shape will cut off the horizon so that all buildings and other views are blocked out, and the only thing left is the celestial view above. 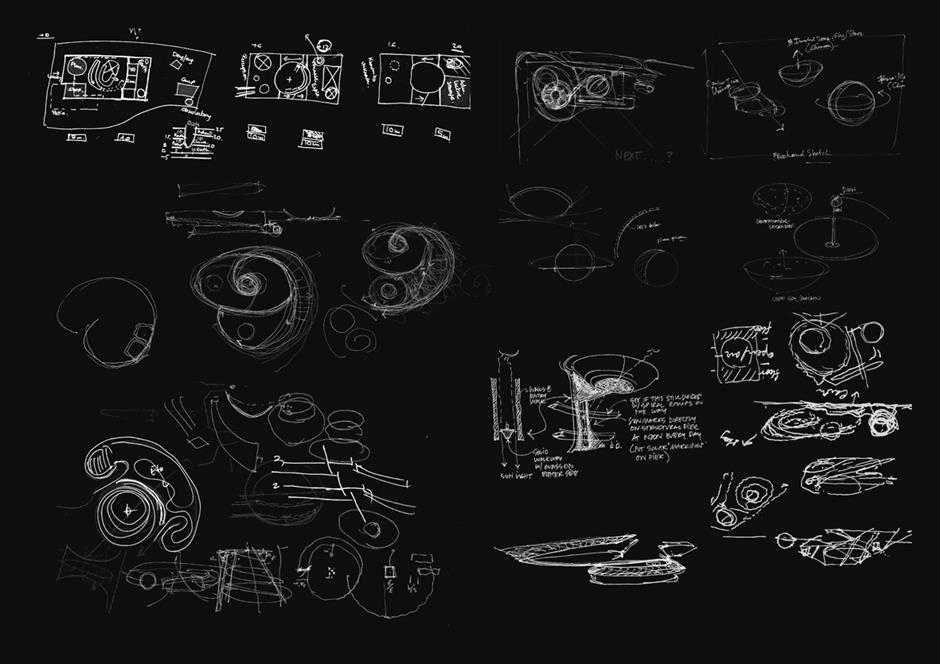 Thomas Wong’s planetarium design will sit in a greenbelt area of Lingang, 90 kilometers from downtown Shanghai.

Wong said the three main features should provoke thoughtful reflection in people. “Architecture is more than just scaffolding,” he said. “It is a frame that forms dialogue.”

The planetarium’s distance from downtown Shanghai should make the sky scene much clearer. Compared with the famous Rose Center for Earth and Space at the American Museum of Natural History in uptown Manhattan, which was also designed by Ennead, the Shanghai Planetarium may be a better place for observation.

“The intention of any planetarium is to observe the sky,” said Wong. “We couldn’t have asked for a better place in Shanghai.”

Despite the distance from downtown, Wong said he hopes children from Shanghai and all over China will come to the planetarium and have their imaginations sparked.

The planetarium plays a large role in the master plan for Lingang.

Back to 2013, when Wong and his team submitted the blueprint for the planetarium, the relationship of the planetarium theater in the Sphere and nearby Dishui Lake was designed to compare with the Earth and sun.

“We originally wanted to follow that scale, but it turned out the theater is much bigger than we imagined,” Wong said, with a chuckle. “Perhaps we need a bigger lake.”

At the same time, Wong said the astronomical context embedded in the design of the planetarium is aimed at bringing people of different cultural backgrounds together in a cosmopolitan appreciation of the universe.

“People are always creating division,” said Wong. “But we need to come to our senses and realize that human beings are almost insignificant comparing with the vast universe.”