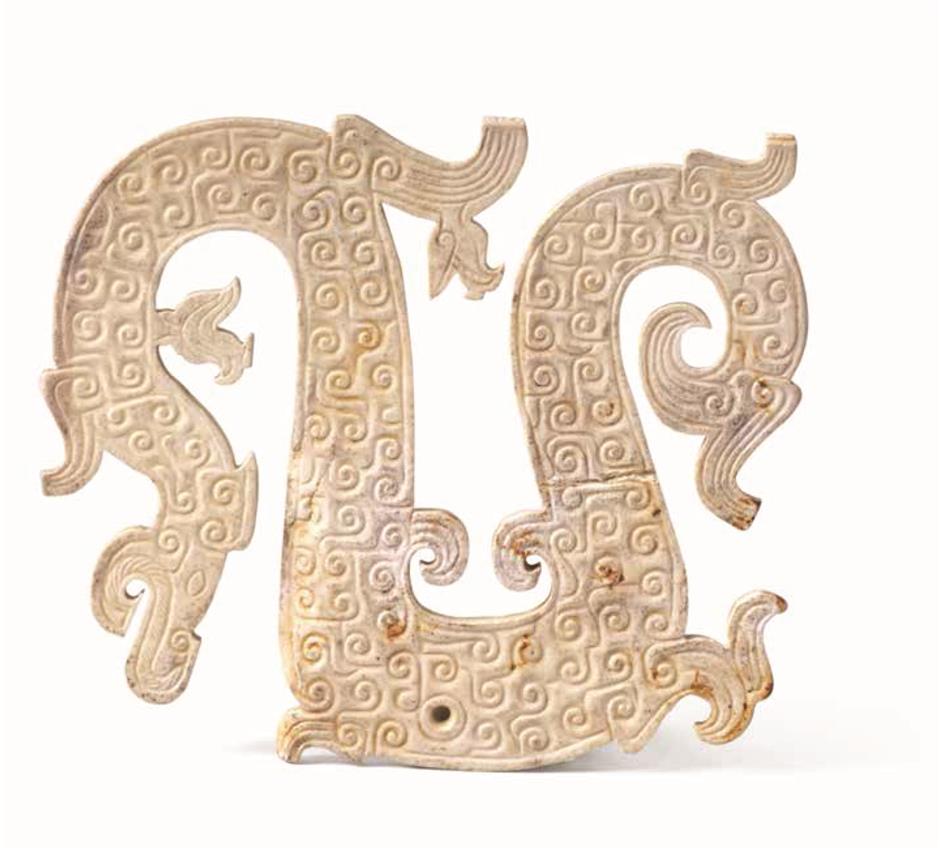 Visitors to West Lake Gallery have an unparalleled opportunity to linger over 300 antiques collected from 27 museums, including the famous Sword of King Goujian.

These treasures typify the Yue, Wu and Chu kingdoms during the Spring and Autumn Period (770-476 BC). The three ancient countries in present-day Hubei, Jiangsu and Zhejiang provinces covered the middle and lower reaches of the Yangtze River. 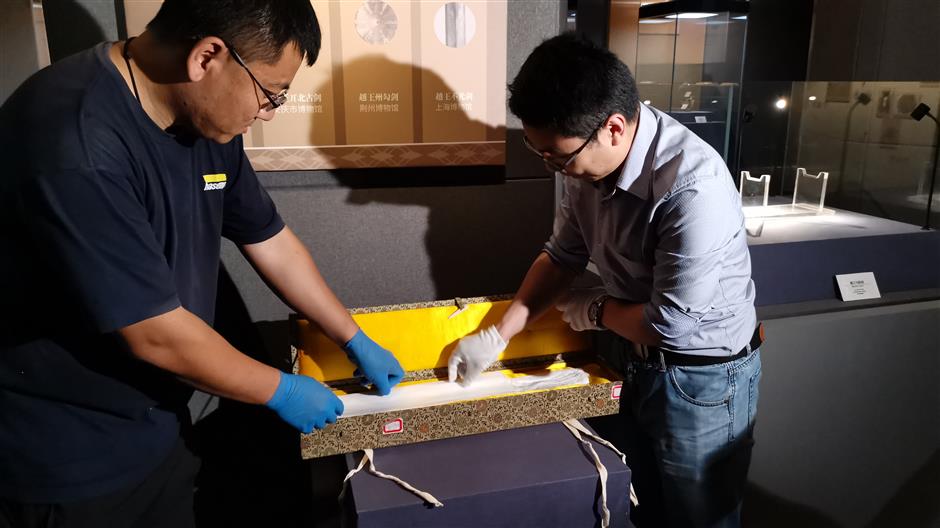 The Yue conquered the Wu, and the Chu defeated the Yue. Visitors can learn about both their cultural integration and history of conflict through the exhibits until September 6.

However, the sword of King Goujian is only on display till June 20 when it will be returned to Hubei Museum.

This bronze double-edged sword can still easily cut through 20 layers of paper at once after being buried underground for more than 2,000 years. It has not tarnished and still shines under the light. It embodies the pinnacle of ancient swordsmithing. No one knows why a Yue king’s sword would have been buried in a Chu aristocracy tomb in Hubei Province.

The blade is decorated with a criss-cross pattern, and the hilt set with blue crystals and turquoise. It is made of a copper-tin alloy with a high copper content.

Two columns of text in an ancient script called bird-worm are engraved on one side of the blade. Of the eight characters, six have been translated as “King of Yue,” “personally made” and “personal use.” The others are subject to much debate, but it has been generally agreed that they say “Gou” and “Jian.”

The three sections of the exhibition each represent one of the three kingdoms. The first part centers on primitive Yue porcelain excavated in Zhejiang Province, considered the cradle of Yue culture.

In order to save metal for weapons, the Yue replaced bronze ritual vessels with ceramic versions, which in turn gave rise to porcelain development.

The majority of early porcelain features simple, plainly designed containers. Due to unsophisticated firing techniques, the glazed layer was too thin to take on a transparent, smooth finish.

This early porcelain imitated the design of bronze items. The bianzhong on display is a typical example. A bianzhong consists of a set of bronze bells, and dominated ritual music at the time. They were hung in a frame and struck with a mallet.

The sword of King Goujian 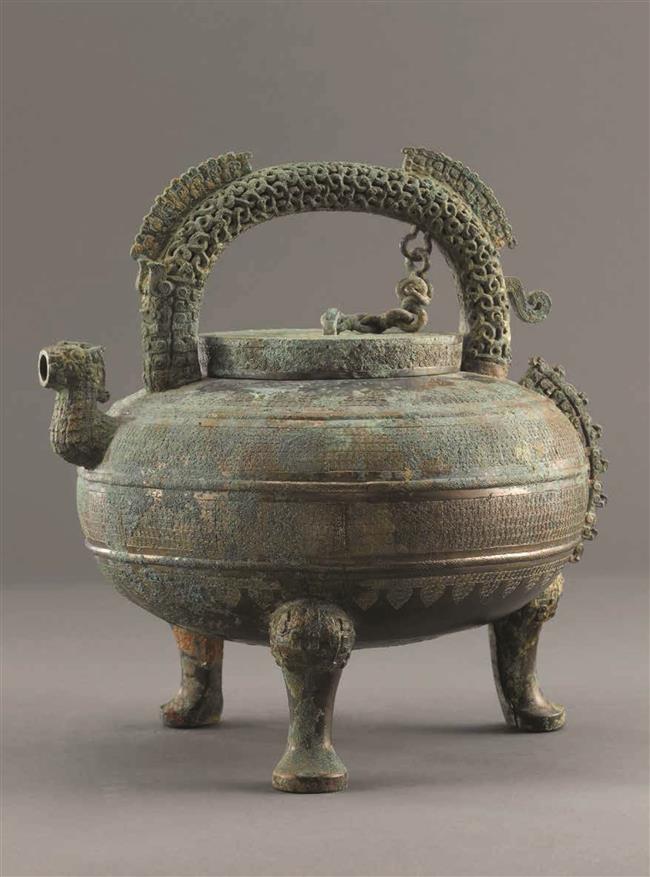 The second section is tales of the Wu and Yue’s cultural exchanges and military history. Bronze containers and vessels dominate this part.

Though bronze vessels had varied shapes and designs, they adhered to specific manufacturing criteria, and had a particular name. Vessels used to hold grain were gui, while those containing meat were called ding.

The last section showcases treasures from the Chu Kingdom in what is today’s Hubei Province. The Chu conquered other kingdoms along the Yangtze River, almost uniting the whole of modern-day southern China.

The ancient Chinese made jade objects to worship ancestors and nature. The value of jade exceeded even gold and silver. During the Spring and Autumn Period, the jade was in its heyday. Chu-style objects are acknowledged as the finest.

Date: Through September 6, closed on Mondays