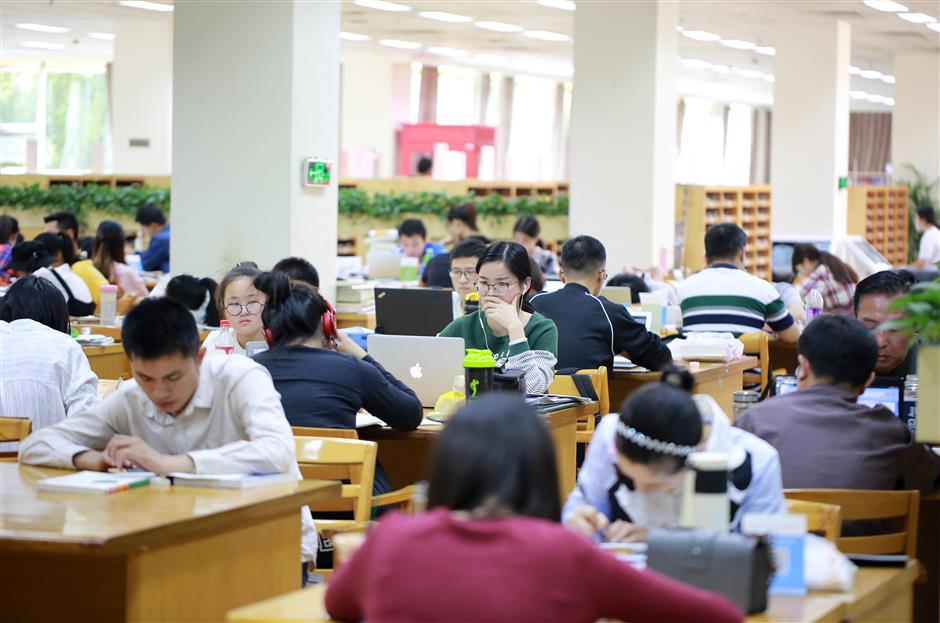 Chinese people celebrate 60th anniversaries more warmly because of its auspicious meaning and importance in the Chinese sexagenary cycle — a cycle of 60 terms used for reckoning time.

The 60th anniversary of Hangzhou Library is no exception. The curtain came down on the anniversary gala at the end of last year. Staff and readers put on brilliant performances to show their appreciation and love for the library. Meanwhile, an exhibition of photographs tracing its footprint since the 1950s is underway.

The present-day library covers an area of 49,000 square meters and boasts more than 5.6 million books, top-flight facilities and an advanced borrowing system. It leads the library field in China with its open and inclusive environment and innovative operating concept.

However, readers may not realize how small it was when established in 1958. Organizers borrowed a meeting room from Xinhua Bookstore and about 3,000 books from Zhejiang Province Library to set it up.

People lined up until midnight to borrow books. The small meeting room was packed with readers every day. The library had no choice but to move to a larger venue in present-day Jianren Lane.

This was a classical Chinese-style building with up-turned eaves and black-tiled roofs. The library settled there for 27 years. It even borrowed a room from Sicheng Church as reading space to meet demand.

In 1986, the library moved to Huansha Road. The 5,500-square-meter library was divided into different sections, considered a breakthrough for libraries in Zhejiang Province.

In 2003, Hangzhou Library took the initiative to lend books for free. People were no longer required to hand in identity information and a fee.

In the new century, Qianjiang New Town has prospered along the Qiantang River, which also helps bring in streams of visitors every day. In 2008, the library headquartered there and then gradually established branches in districts.

From then on, Hangzhou Library has been dubbed “the third life space” — the home and the office being the first two spaces — where citizens can improve and showcase their hobbies.

For music aficionados and professionals, they can enjoy live music and hi-fi audio since the library invested more than 10 million yuan (US$1.49 million) to purchase musical equipment. Every year it spends over 300,000 yuan on CDs and books to enrich its collection.

The high-caliber facilities are not the only attraction for visitors. The library has hosted a number of activities for the public. Over the past years, it has organized more than 2,000 gatherings devoted to opera and classical music.

Many notable names in the music world have been invited to give lectures and preform there, including pianists Maksim Mrvica and Richard Clayderman and violinist Yu Lina. 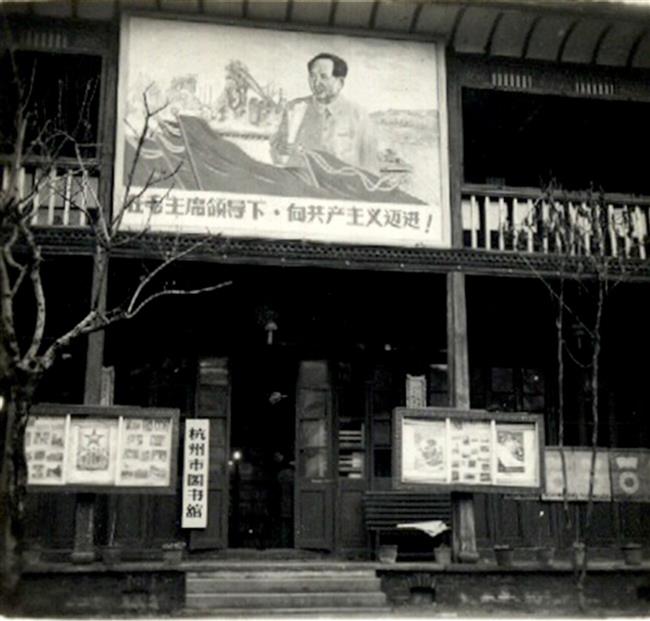 Hangzhou Library on Jianren Lane in the early 1970s 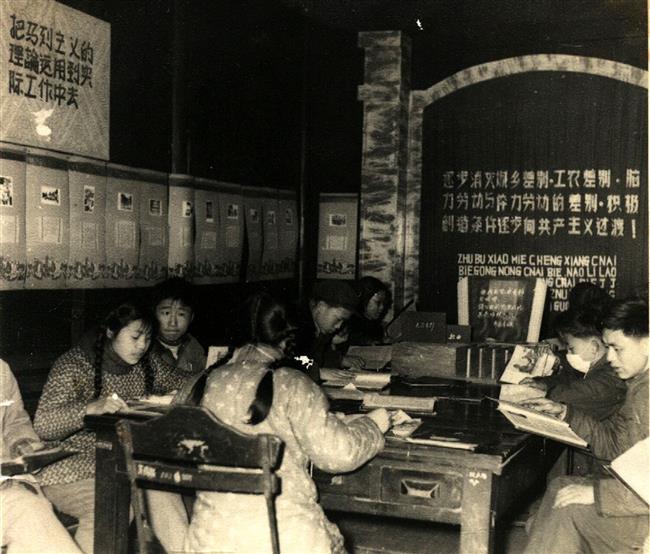 Six choirs in the library also give local residents a place to hone their singing talent. In 2010, the Hangzhou Citizen Chorus was founded, targeting ordinary residents, especially the middle-aged and elderly.

The chorus has become popular throughout Hangzhou because of their many free shows, as well as their good performances in choral competitions, which has encouraged hundreds of citizens to sign up.

Years ago, the library hit the headlines when it allowed beggars and vagrants to read and rest inside if they washed their hands. The library curator, Chu Shuqing, said he hoped people would learn that “all were created equal.”

The library provides easily accessible services for everyone. From 2017, it has allowed readers to use their Zhima Credit and Alipay to borrow books in an effort to build “creditworthiness plus” mode in the aspect of public reading.

In addition, Hangzhou Library leads in the area of social service and environmental protection. It is a volunteer base for people with disabilities and helps produce movies for hearing-impaired and blind people.

It has opened an outlet at the foot of Tianziling Hill to focus on environmental issues. The new branch has more than 100,000 books and a total floor area of 1,000 square meters.

The new facility, which features environmentally friendly materials and an energy-saving design, is the first library of its kind in China. Tianziling Hill used to be a landfill with about 4,000 to 5,000 tons of domestic waste dumped there every day since 1991.

The aim is to lift people-to-people exchanges among the countries and regions of the Belt and Road Initiative to a new level, pushing resource sharing, cultural exchange and technological cooperation among libraries in China and CEEC countries.