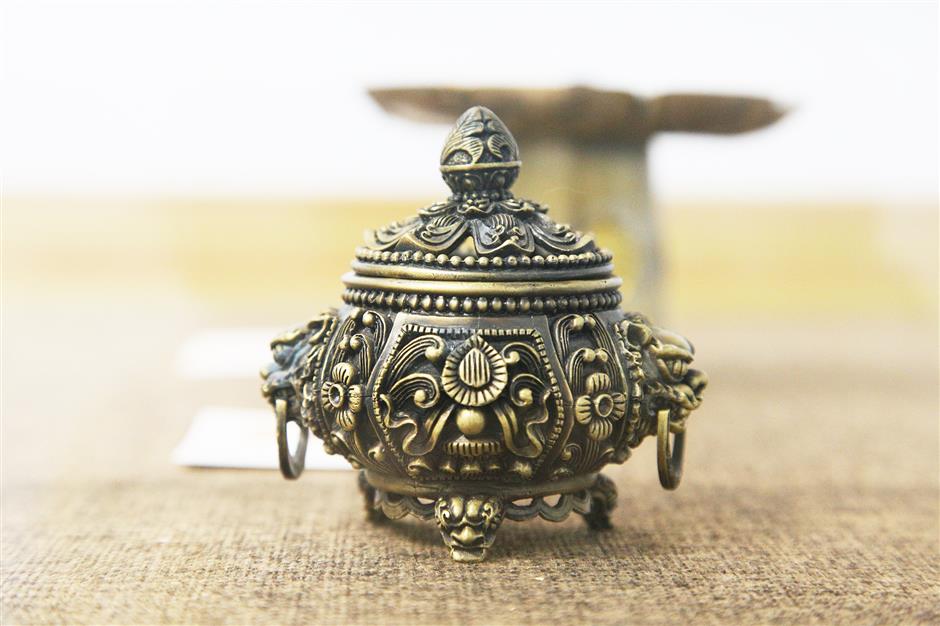 A “Tibetan Art and Craftsmanship” exhibition featuring art crafts of Sagya County in southwest China’s Tibet Autonomous Region is under way at the Metro City mall in Xuhui District.

The exhibition running through the end of the month displays thangka paintings, Tibet incenses, statues and silverware, showcasing the exquisite skills of Sagya craftsmen.

Sagya’s representative colors of red, white and gray are widely used in the exhibition.

Sagya in Xigaze Prefecture is representative of ancient Tibetan culture. It is the first time that the cultural gems of Sagya have been displayed in Shanghai.

The Sagya Monastery, which enjoys almost the same fame as the Dunhuang Grottoes for its large collections of Buddhist scriptures, valuable porcelain and vivid murals, has a history of over 900 years. It was listed as a heritage protection site by the State Council in 1961.

Over the past years, Xuhui District has been paired with Sagya in a national program to share expertise and build a sustainable development model for some of the county’s poverty-stricken regions.

The development of the cultural and tourism industries plays a key role in poverty alleviation in Sagya.

The exhibition is jointly hosted by Xuhui District Administration of Culture and Tourism and the Sagya county government to display the splendid culture of Tibet and its development. 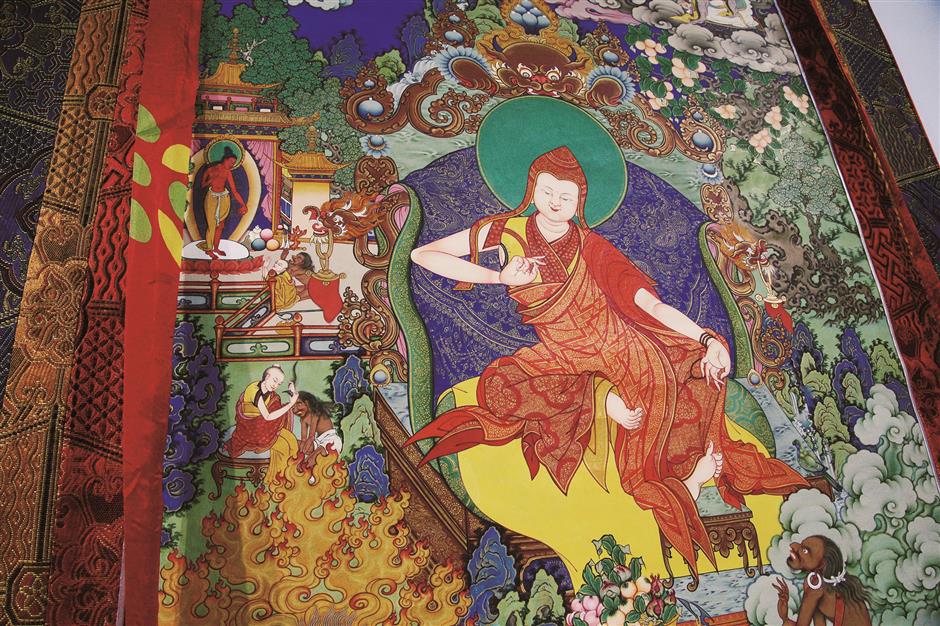