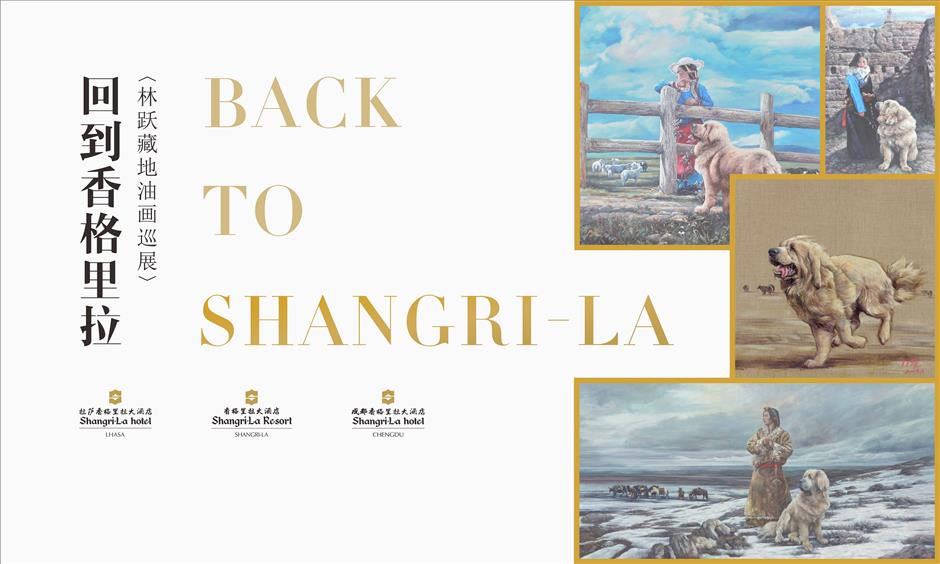 Shangri-La Group kicked off its 2019 Back to Shangri-La winter campaign on September 21 at Shangri-La Hotel, Lhasa, in an event jointly hosted by Shangri-La properties in Diqing and Chengdu, and with the Tibetan Academy of Fine Arts Museum and artist Lin Yue.

The three Shangri-La hotels have also launched Back to Shangri-La room packages on Fliggy, which will take guests on well-designed routes to experience the authentic local culture and people.

Lin’s oil paintings presented at the exhibition feature Tibetan mastiffs in their native habitat and in the company of their Tibetan masters. The paintings have been interpreted as an attempt to find a globally comprehensible artistic language to depict the relationship between human and nature.

Lin is a well-known artist who’s been devoted to painting Tibetan mastiffs for over 33 years.

Inspired by the legendary land featured in James Hilton’s 1933 novel “Lost Horizon,” the name “Shangri-La” encapsulates the serenity and service for which Shangri-La hotels and resorts are renowned worldwide.

Today, Hong Kong–based Shangri-La Hotels and Resorts is the Asia Pacific region’s leading luxury hotel group and one of the world’s premier developers, owners and operators of hotel and investment properties.

The group’s other principal activities include hotel management services as well as property development for sale. It currently owns and/or manages over 100 hotels globally in more than 70 destinations under the Shangri-La, Kerry, Hotel Jen and Traders brands. 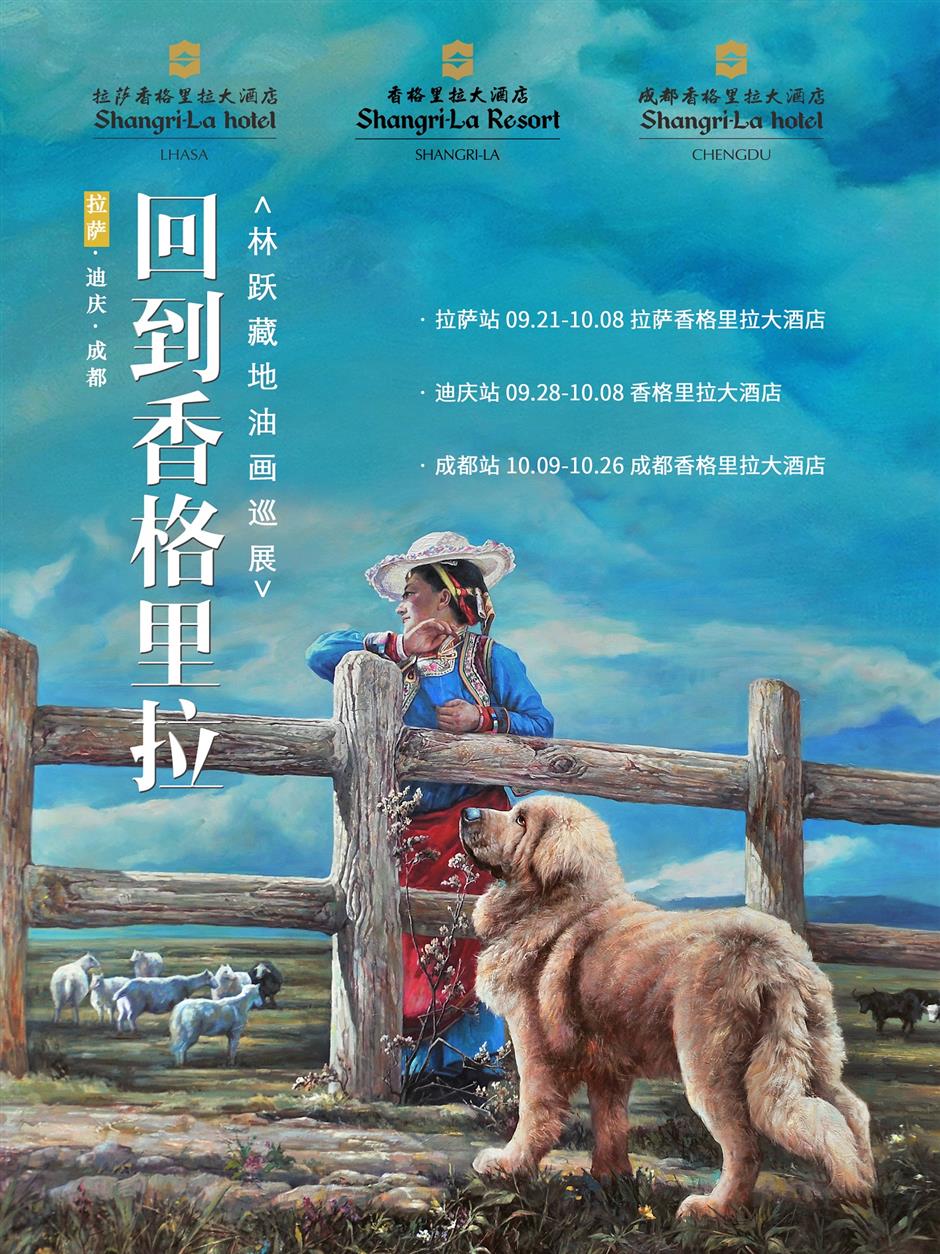