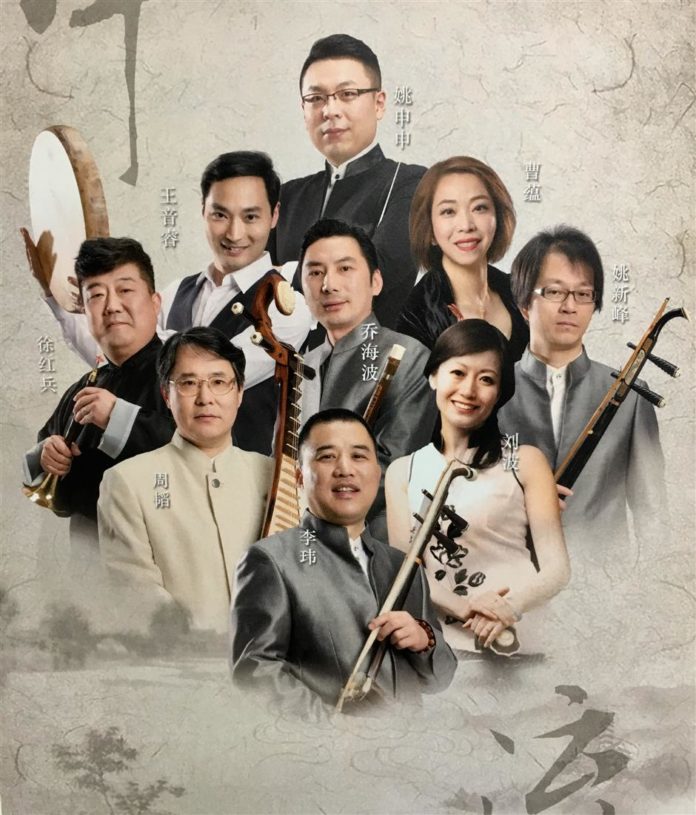 Shanghai Chinese Orchestra announced its 2018-19 season with a message that they are hoping to enrich local residents’ life in Shanghai with more variety in music.

Shanghai Chinese Orchestra will stage more than 20 programs from May to February next year, in seven sections themed as “Made in Shanghai,” “Tribute to China,” “International Rhyme,” “The Elegant Orient,” “The Masters,” “Family Fun” and “Youth Party.”

“I hope our new season will, to some extent, help display a new look of traditional Chinese music,” says Luo Xiaoci, president of Shanghai Chinese Orchestra.

Most of the programs presented this season are original works, including two new pieces ─ an environmental protection-themed music scene, “Our Common Homeland,” to be staged at Shanghai Grand Theater on November 3-4 and a concert about Chinese mythology, “Hero,” at Shanghai Symphony Hall on December 15. Both pieces are “made-in-Shanghai” by Chinese young composers.

Young composer Huang Lei says it was a “great challenge and fun” to compose the environmental protection music. His creation tries to connect the world through music presented by traditional Chinese instruments.

“I talked with every instrument player in the orchestra, discussing the possibility of their instruments making exotic voices,” he says. “It was exciting.”

In addition to new works by local talent, audiences will also get access to Chinese music programs created by overseas musicians, such as German composer Christian Jost’s orchestral work “Shanghai Odyssey — the Bund” at Shanghai Grand Theater on September 23 and a special concert of Chinese music works by German musician Robert Zollitsch.

There are programs for children as well, such as “Tiny Bird, Run” at Shanghai Concert Hall on May 15, featuring music works related to animals in the forests.