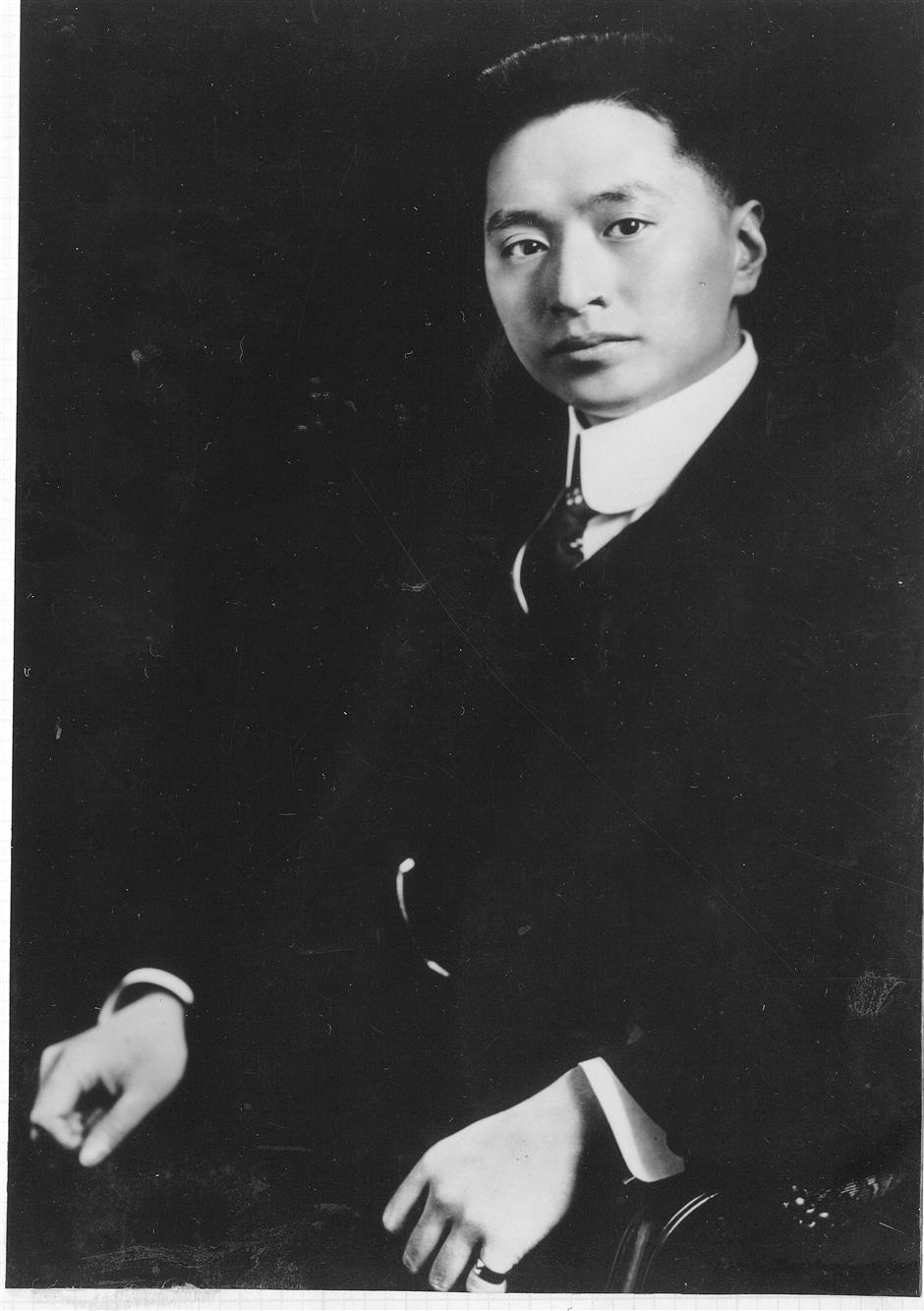 To commemorate the 130th anniversary of Shanghai-born diplomat Wellington Koo’s birth, a series of programs is going on in the city. That includes the newly expanded Wellington Koo Museum in Jiading District that reopened yesterday and a memorial concert for Koo presented by young musicians at Shanghai Poly Grand Theater last night.

Most importantly, 250 boxes of Koo’s archive long preserved at Columbia University has recently been digitalized, and two copies are kept at Shanghai Library and Fudan University, with free access to scholars and ordinary people who are interested.

Born in 1888 Jiading, Koo received his PhD in international law and diplomacy from Columbia University and became a diplomat for the Republic of China in 1912.

Koo also fought to get China recognized as a major power throughout the world and his name was the first signed on the United Nations Charter in 1945.

Koo retired from the Chinese diplomatic service in 1956, and worked another 10 years at International Court of Justice in The Hague. After that, he moved to New York where he lived until his death in 1985.

A portrait of Shanghai-born diplomat Wellington Koo during the Washington Naval Conference in 1921-22. Koo has been part of almost every important diplomatic issue concerning China in its recent history.

Koo’s history as diplomat reflects that of China’s struggle to rise from weakness to recognition as a major power in the world, according to Jin Guangyao, professor of Fudan University.

With Koo’s 13-volume memoirs completed in 1976, he donated 300 boxes of files covering his diplomatic career mostly from 1931 to 1956 to Columbia University. The files include letters, diaries, memorandums, scripts, notes, print materials and photos that he carefully kept.

“It was a huge archive, with much valuable information which was not even covered in his memoir. They are certainly very helpful for us to study about China’s diplomacy in the early 20th century, since Koo has been part of almost every important diplomatic issues concerning China at the time,” said Professor Jin, who spent a whole year in 1997 at the Columbia University reading through Koo’s archive.

For example, in the archive a telegram from Koo to Chiang Kai-shek (1887-1975) in 1944, Koo suggested diplomatic strategies to ensure China was one of the four major powers after World War II. It paved way for China to become a permanent member of the United Nations Security Council later. And it was also him who suggested a Chinese delegation with representatives of different parties to the UN founding. 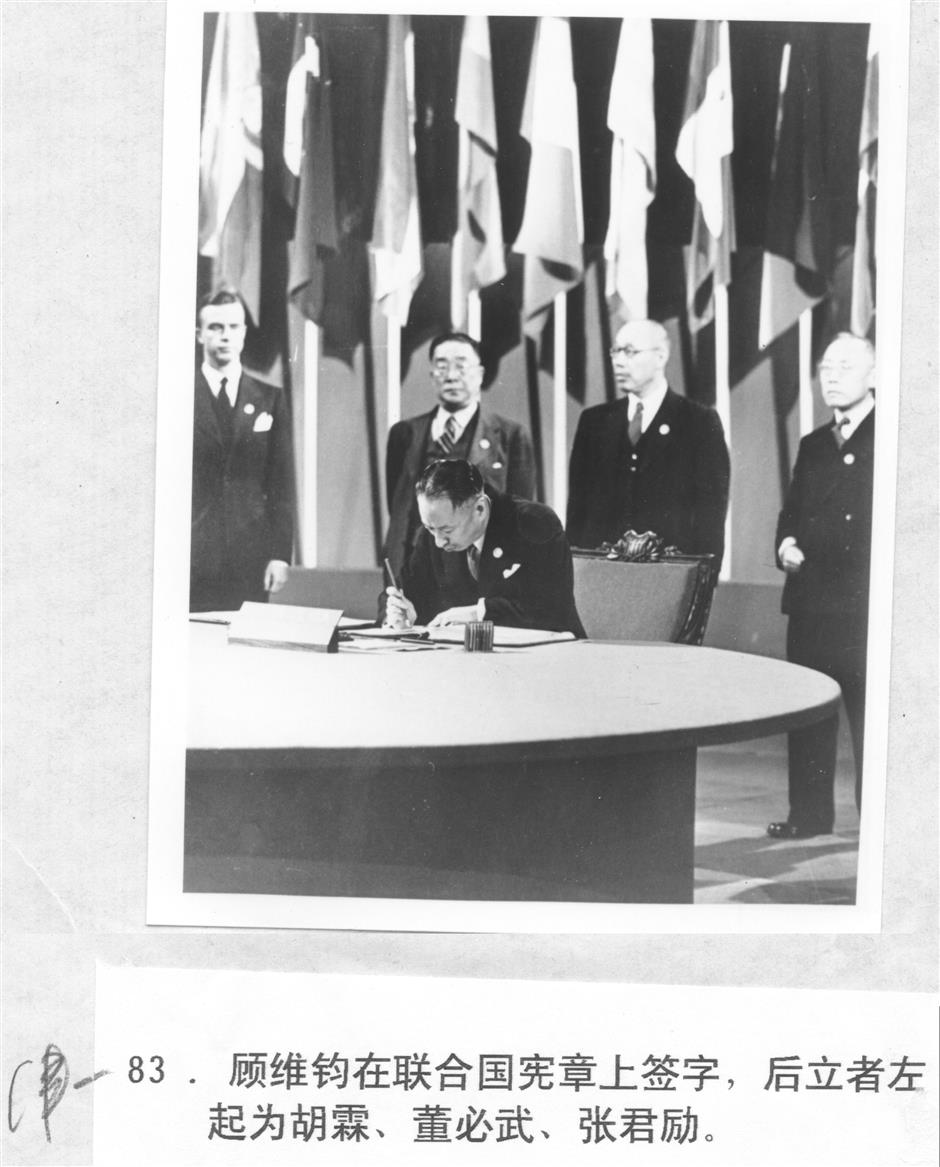 Wellington Koo signs the United Nations Charter in 1945, when China was recognized as a major power in the world. Behind him stands Chinese journalist Hu Lin (back row second left), Dong Biwu (back row second right), one of the founders of the Communist Party of China, and Chinese politician Zhang Junli (back row first right).

“Koo always said that he is of no parties, but a mere Chinese who loved his country,” said Yang Hsueh-lan, stepdaughter of Koo, who brought the Chinese Academy of Social Sciences and the Columbia University together in 2014 to digitalize 250 boxes of the archives kept in the US.

The Chinese Academy of Social Sciences in Beijing got one copy of the completed digital archive, while another two copies were given to Shanghai, the hometown of Koo. “Koo would love to see these files available in his hometown,” said Yang.

According to her, Koo kept his passport of the Republic of China in his late years, even though it could not take him anywhere out of the US. He often painted the Fahua Tower and the Confucian Temple at his hometown merely by his memory. Koo’s eyes always sparkled when meeting new friends from Shanghai.

“He always said, oh, you are from Shanghai. Have you ever been to Jiading?” said Yang.

The concert was a chronological autobiography of Koo, according to director Hu Xuehua. Koo’s own words from his autobiography and photos from his archive are used to tell his life journey, while a mix of 14 Western and Chinese music tracks were selected to help audiences get close to Koo’s vision and feeling at a particular time. The concert also premiered composer Gong Tianpeng’s “To the New World.”

The newly expanded Wellington Koo Museum in Jiading District opened to the public yesterday. Apart from items donated by the Koo’s family, the digital archives of Koo have helped enrich the exhibition. It traces Koo’s life from his youth in early China, the roots of his desire to serve his nation, his preparation as student in the US, his struggle and final decision to refuse to sign the treaty of Versailles in Paris, his effort to resist Japanese aggression, and to position China as a major power and one of the permanent members in the UN Security Council in 1945.

Some of the exhibits are quite precious to help us understand more about diplomacy in the early 20th century, said Yao Qiang from Jiading district government.

That includes a diplomats’ tuxedo of Gu, with Order of the Golden Grain and Walking Sword. 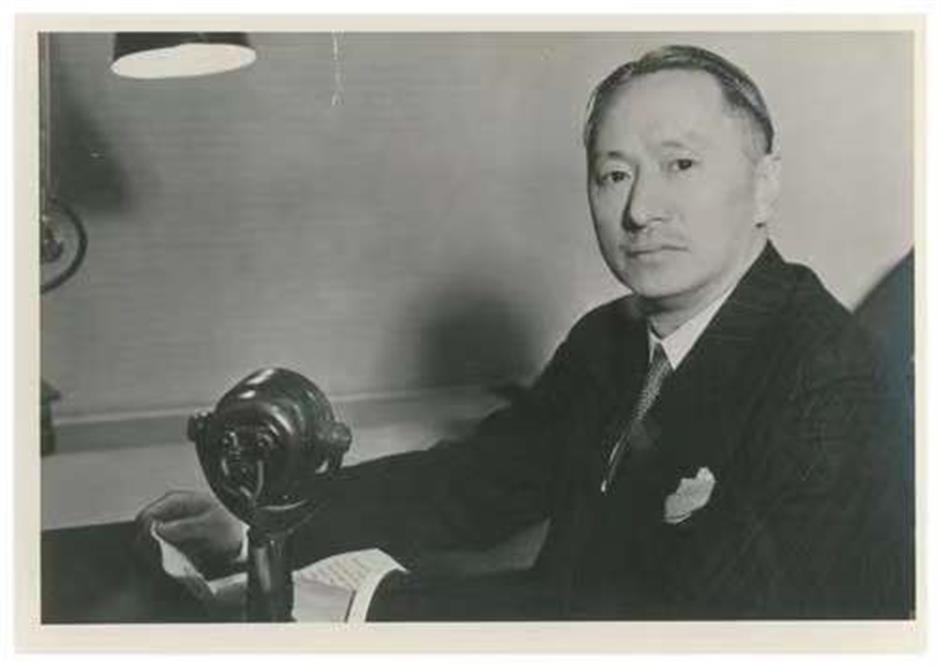 Koo speaks to the West about the Chinese people’s War against Japanese Aggression on BBC radio in 1941.