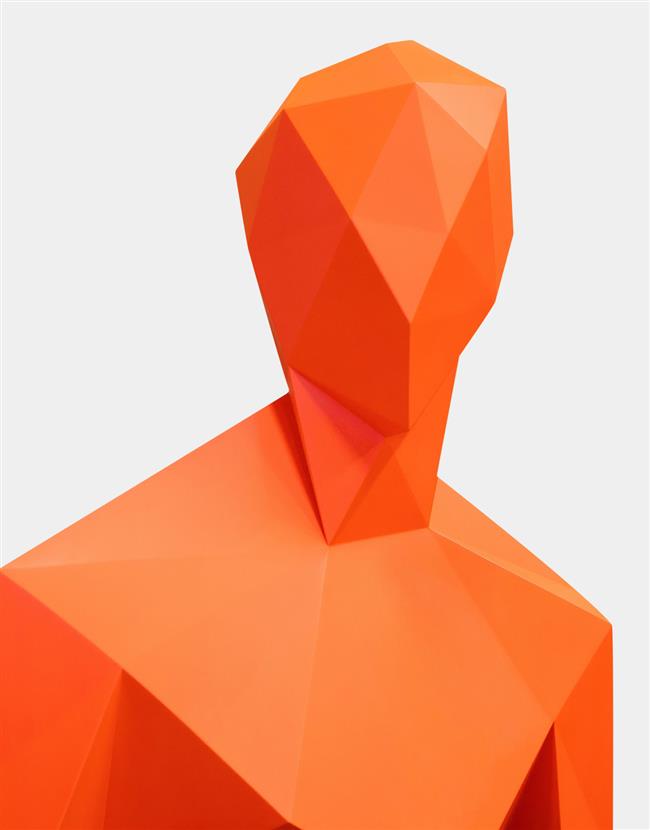 French sculptor Xavier Veilhan premieres his first solo exhibition “Channel Orange” in China at Perrotin, where he presents a series of new works from each of his significant research fields: variations on both human and animal statuary, mobile sculptures and the Rays’ series installations.

A “Channel Orange” pays homage to American singer Frank Ocean and borrows the name of his first album. The work refers to the phenomenon of synaesthesia and the color he perceived one summer when he fell in love for the first time.

The color orange dominates the exhibition, most notably in: the mobile, the large bust and the double-necked guitar.

A sense of musicality clearly underlies the exhibition and can even be related to the low relief portraits: “Tony,” for example, reminds us slightly of Frank Ocean.

The 56-year-old artist feels a strong link between his works and the object of the radio, somewhat abstract, transported, materializing once we listen to it. The exhibition itself could be interpreted as a diversity of interveners and music that forms a whole, much like a radio channel.

At the same time there is divergence and continuity. Shapes and sounds combine to create a unique rhythm.

For the creation of his statues, Veilhan relies on 3D capture technique, where 3D scanners generate point clouds that construct an identical digital copy of a person.

The computer file is then used to conceive the actual piece without any constraint of scale or number.

This particular use of digitization in three dimensions allows the artist to create similar and recognizable statues.

Veilhan has been developing the Rays’ series installations for about five years now.

His focus at the start relied on exterior installations made with stretched elastic wires, but slowly these materials solidified into carbon rods or aluminum beams, like his most recent monumental piece Rays (Sarus), to be inaugurated later this year in the south of France.

The Rays’ pieces have an outspoken dynamic dimension in relation to their surroundings that reminds us of kinetic and Op Art, yet they also indicate the artist’s very technical and even industrial exploration, especially with the smaller sizes, inviting us to inspect closely.

Date: Through August 17 (closed on Sundays and Mondays), 11am-7pm 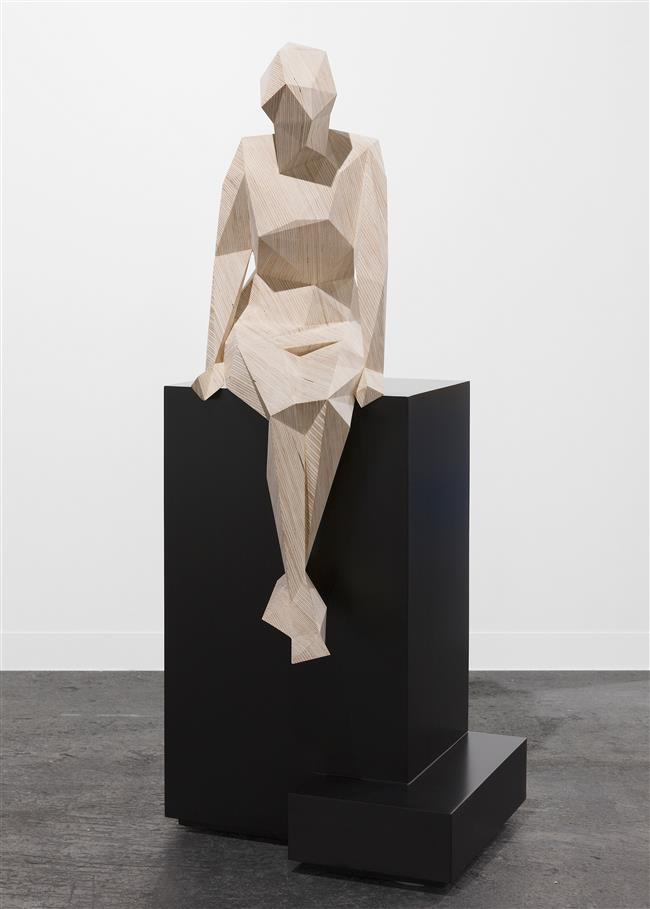