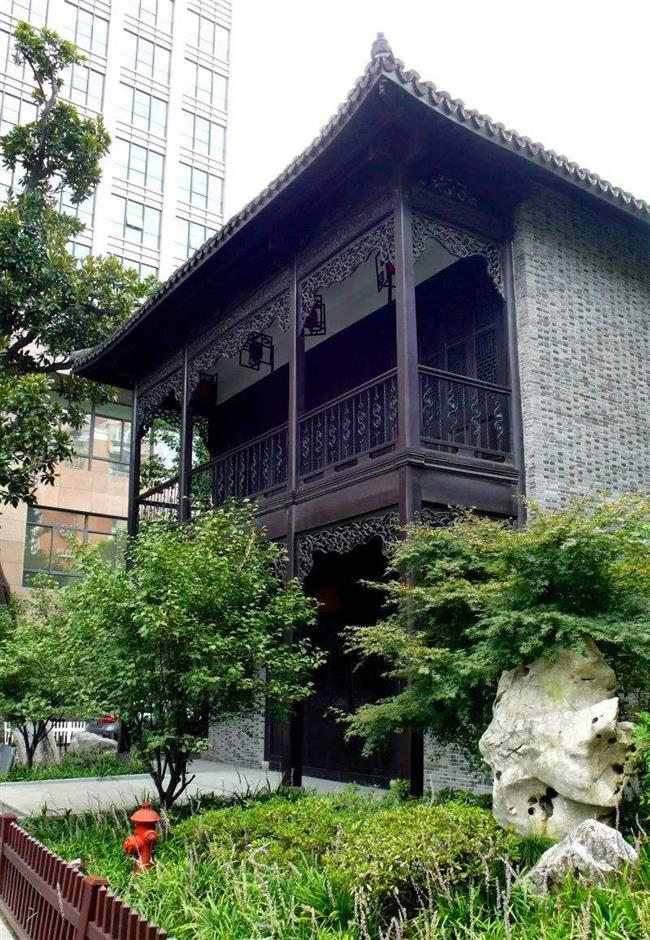 Hangzhou has added another 30 buildings to its protected list, bringing the total to more than 330 — from ancestral halls to homes to warehouses.

In the new batch, the Siyanjing, Qibao Department Store and the Shengli Theater are highlighted as the first of new architectural styles to be protected. Siyanjing, or “four wells,” contains four 200-plus-year-old wells.

Since Hangzhou’s river water was not drinkable, locals have dug wells for thousands of years, leaving the city dotted with them from various dynasties.

As a geographer, he was an expert at finding sources of water. The very first well attracted endless streams of citizens across the city. Thereafter, Hangzhou became the most active city in well-digging.

But only a few wells remain after the development of the city, including four wells inside the First Hospital of Zhejiang Province, 9.5 meters deep and 1.5 meters in diameter.

Historical value is not the only criteria when the government evaluates buildings. Modern structures can be ranked as protected if they were representative workshops, mills and stores showcasing the history of the city’s industrial development.

One example is the Qibao Department Store, established in the 1980s. Because of its location at the confluence of water and land transport routes, its product range was huge — from bicycles to quilts pots and pans.

The design of the Shengli Theater might look a bit outdated. But it was a landmark in the 1930s because of facilities and design — polished cement, flickering neon lights, 1,170 leather seats and a fashionable façade.

It was established by the Shanghai Lianhua Film Company, which produced a number of silent movies in the 1930s, and local merchants.

The theater was a mecca for citizens at the time. Today, it is still a popular venue for films, Yueju Opera, dramas and plays.

The protected list also includes a traditional wooden building linked to the preservation of the Siku Quanshu, or the Complete Library in Four Divisions, China’s largest ancient encyclopedia.

The Baqianjuan (Eight Thousand Scrolls) Pavilion was erected by Ding Shen and Ding Bing as a private library during the Qing Dynasty (1644-1911).The brothers were book publishing moguls and renowned bibliophiles, collecting thousands of books in the building.

The Ding brothers rescued and repaired the Siku Quanshu, which has an annotated catalogue of 10,680 titles along with a compendium of 3,593 titles.

The Ding brothers rescued the rest and employed more than 100 literary assistants to copy the scrolls.