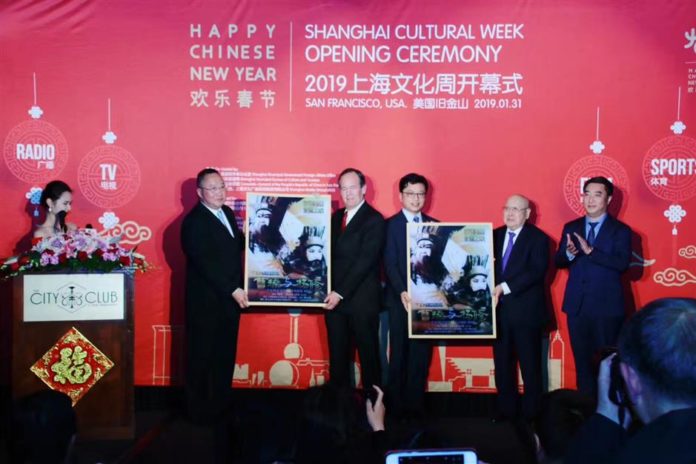 The week, which opened on January 31, runs until February 6.

The new 3D Peking Opera film “Cao Cao and Yang Xiu” was screened for local audiences, and Peking Opera artist Shang Changrong, who plays the leading role, talked with fans about the charm of traditional Chinese theater on a live radio program.

At the Peninsula Table Tennis Club, teenagers from China and the United States also attended a ping pong exchange event where they played the game and forged new friendships.