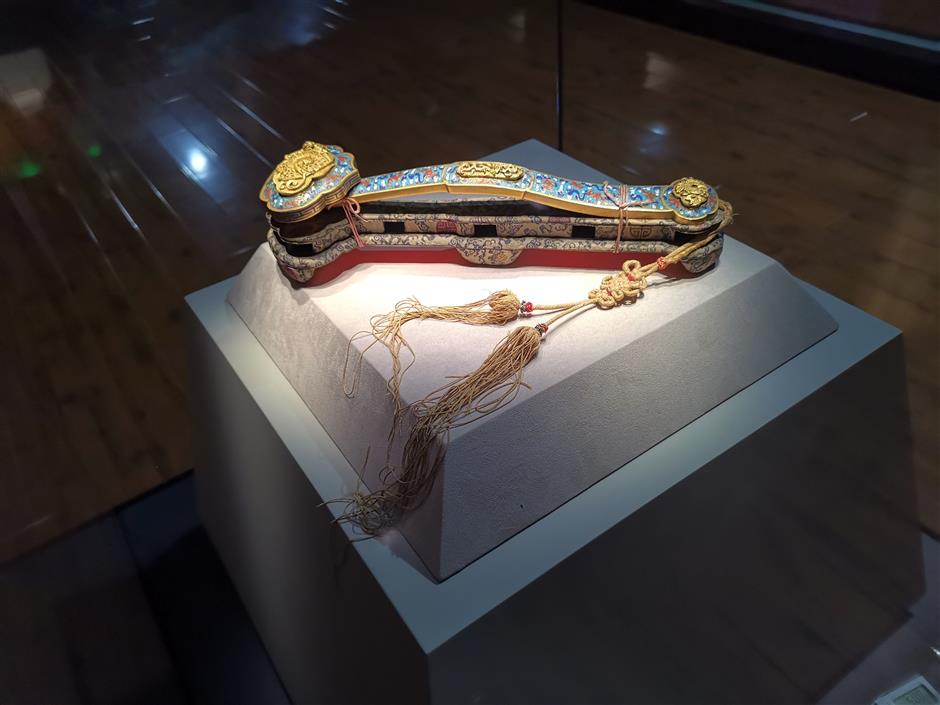 Ruyi, a ceremonial scepter, is revered by Chinese people for its symbol of good fortune and longevity. But what many folk do not know is that ruyi was originally designed as a backscratcher.

In Chinese, ruyi means “everything goes well,” and its popularity peaked during the Qing Dynasty (1644-1911).

The origins of ruyi can be traced back to the Warring States period.

In the past, sticks or bamboo of 3 feet long were used to relieve areas not easily reachable by one’s own hands. A backscratcher allows you to scratch any areas you could not reach. The name ruyi, was derived as such, as it implies “according to one’s wishes.”

Ruyi was first used among the common folk, before Chinese emperors and imperial officials took a fancy to it.

To suit imperial tastes, an exquisite ruyi was manufactured by the nation’s top craftsmen. But over time, ruyi lost its practical purpose. No longer used as a backscratcher, ruyi rose in status as a preferred choice for imperial gifts.

Ruyi can be made from a variety of materials, such as gold, silver, jade, copper, emerald, crystal, ruby or pearl. It also varies in the number of embellishments.

Most ruyi came with a long tassel, which adds to its charm. Tassels can be red, green, yellow or blue in color. It also varies in the type of knot used.

The head of the scepter is often carved in the form of a lingzhi fungus, sunflower, cloud or a lotus. The lingzhi fungus remains the most popular form, as it symbolizes immortality in Chinese folklore.

In olden times, people believed that the lingzhi fungus was a type of immortality pill that had resurrection powers. It is said that an immortal lived up to 700 years due to his consistent intake of lingzhi fungi.

The lingzhi fungus is also a common symbol in many Chinese folktales. In “Legend of the White Snake,” the snake spirit braves danger and steals a magical herb to revive her lover. The herb was none other than lingzhi fungi.

Such folklore led people to associate the fungi with longevity. Needless to say, lingzhi ruyi gained popularity as it signifies longevity for the owner.

Other common motifs used to decorate ruyi are the Three Abundances — peach, Buddha’s hand and pomegranate. The fruits symbolize longevity, fortune and an abundance of descendants respectively.

Persimmons (shì) are often carved on ruyi, as it shares the same sound as thing (also pronounced shì) in Chinese. Paired together, a persimmon carving on ruyi signifies that everything goes well.

Put a pair of quails and grain ears together and it implies the message “May you have peace year after year.” Quail (ān chún) symbolizes peace (pronounced píng ān), while grain ears represent year (both pronounced as suì). 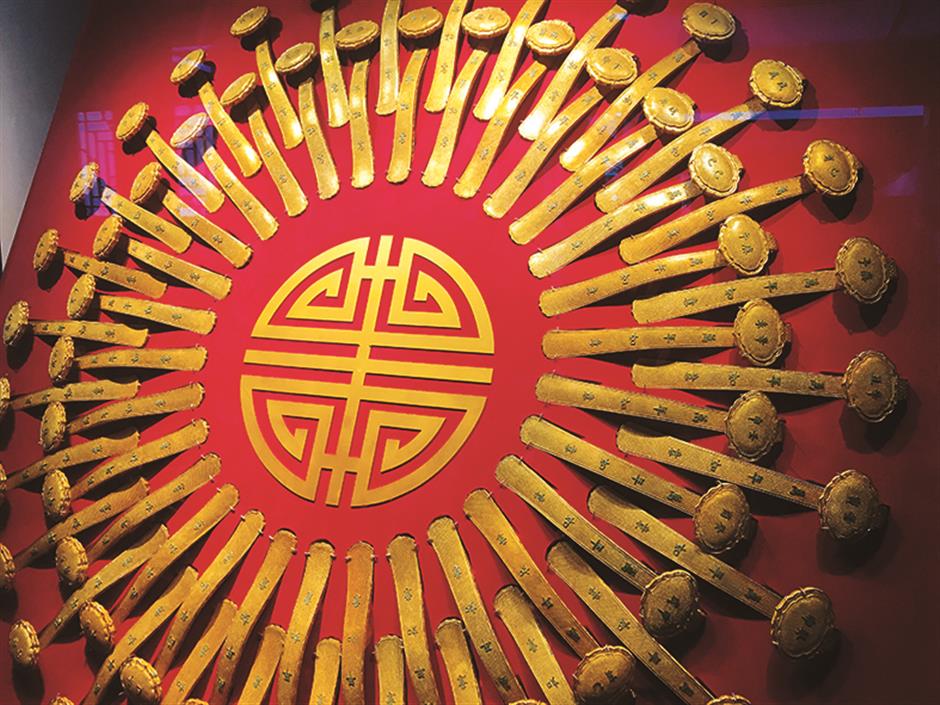 In the Beijing Palace Museum, there are more than 3,000 ruyi are on display.

If you have five bats (fú) surrounding the character for longevity, it represents five fortunes (also pronounced fú) and longevity. The five blessings are health, wealth, long life, love of virtue and peaceful death.

Ruyi was also an auspicious gift during the Qing Dynasty. The imperial court frequently gave ruyi during occasions such as enthronement, coronation, birthdays and weddings.

Ruyi also played a central role in royal wedding ceremonies. For Emperor Guangxu, the Empress Dowager Cixi chose five candidates for the empress. According to tradition, the emperor had one ruyi and two embroidered pursues. He would hand over the ruyi to whom he wished to be his empress, while the purse signified his concubine.

Emperor Guangxu did not like Cixi’s niece. He wanted to hand over the ruyi to Dexin’s daughter but was stopped by Cixi. Afraid to oppose the empress dowager, Guangxu reluctantly chose Longyu instead.

Cixi was still worried that the emperor might neglect Longyu if he chose Dexin’s daughter. Thus, she instructed her men to pass the embroidered purse to Changxu’s daughters.

Despite Cixi’s influence on the emperor’s marriage, it backfired on her. She insisted on choosing concubine Zhen, who only became an eyesore to Cixi. Concubine Zhen supported the emperor’s reform attempts, crossing Cixi. It was said that Cixi plotted the death of Consort Zhen. In 1900, when the Eight-Power Allied Forces invaded Beijing, Cixi instructed a eunuch to kill Consort Zhen.

In the Beijing Palace Museum, there are more than 3,000 ruyi are on display. Most of them belong to the Qing Dynasty.