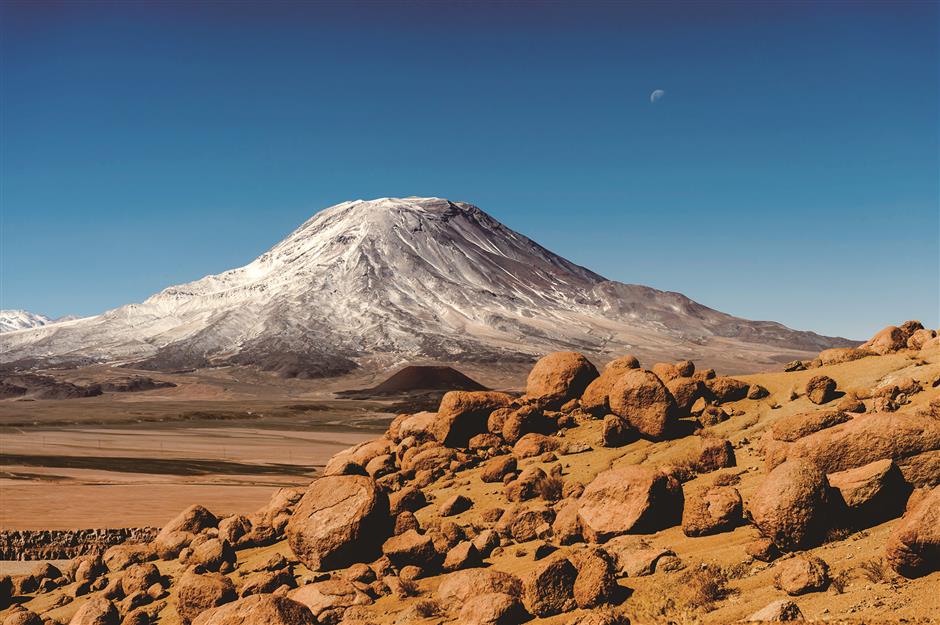 Open air rock paintings in the world’s driest desert pay testament to the importance of the llama to millennia-old cultures that traversed the inhospitable terrain.

Conservationists working in Chile’s Atacama Desert want UNESCO to recognize the Taira Valley drawings as a heritage site so they can develop sustainable tourism in the region.

Taira is “a celebration of life,” said archeologist Jose Bereguer, describing the site as “the most complex in South America” because of its astronomical importance as well as significance to local shepherds. 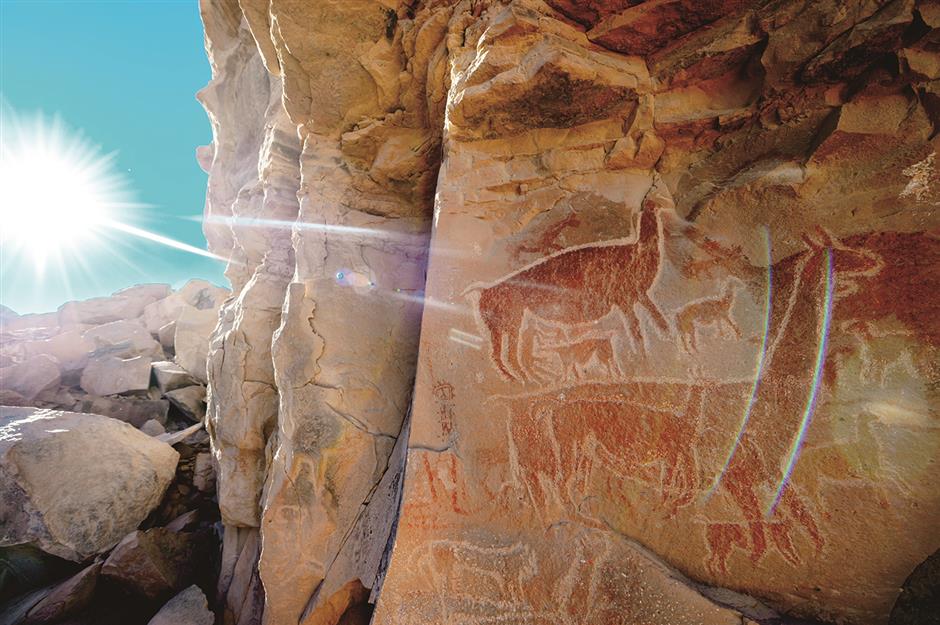 The rock art was a “shepherd’s rite” needed to ask the “deities that governed the skies and the earth” to increase their llama flocks.

First rediscovered by Swedish archeologist Stig Ryden in 1944, the Taira rock art is between 2,400 and 2,800 years old.

It is made up of a gallery of 16 paintings more than 3,000 meters above sea level on the banks of the Loa River that traverses the desert.

The jewel in the crown are the Alero Taira drawings some 30 meters from the Loa in a natural shelter, in which the importance of the llama becomes abundantly clear.

Not just the principal source of wealth for desert dwellers over thousands of years, the llama has been used in ritual ceremonies throughout the Andes for just as long, such as in the “Wilancha,” or sacrifice to “Pacha Mama” or Mother Earth.

“No one can understand things done 18,000 years ago because the cultures that did them have disappeared,” said Berenguer, curator at Santiago’s Museum of Pre-Columbian Art.

“Here, it’s possible to delve into the meaning because we have ethnography and because there are still people living in practically the same way as in the past.”

According to Rumualda Galleguillos, one of around 15 indigenous people still raising llamas in the Atacama Desert like their ancestors, these pictures are a “testament” to forefathers who could neither read nor write.

Around 90 percent of the engravings, painted mainly in red but also ochre yellow and white, depict llamas of various sizes, some pregnant, others suckling their young.

But the remaining 10 percent depict the desert’s diversity, such as foxes, snakes, ostriches, partridges and dogs.

The few human figures that appear are tiny, as if those painting them “wanted to go unnoticed in front of the greatness of animals that were so important to their economy,” said Berenguer.

What the paintings also demonstrate is that 2,500 years ago, people were already studying the stars in an area that has more recently become the astronomy capital of the world with some of the most powerful telescopes ever built.

A book written in conjunction with the Atacama observatory called “The Universe of Our Grandparents,” claims that the ancient inhabitants of this area studied the stars to help learn how to domesticate the inhospitable desert and survive its dangers.

In this vision, the universe is made up of the skies and Earth as one whole, with the skies forming the horizon of life. What is seen in the skies is a reflection of what there is on Earth.

Unlike the Greeks, though, ancient Atacama astrologists didn’t see Orion, Gemini or Cancer.

They saw llamas, their eyes, corrals, a loaded slingshot and a shepherd standing with his legs spread wide and arms in the air, worrying about foxes, said Silvia Lisoni, a professor of history and amateur astronomer.

Taira is located on an axis that aligns the sacred Sirawe “sandy eye” quicksand from where locals would pray for rain, the San Pedro volcano, the Colorado hill and the Cuestecilla pampas, another sacred spot.

Volcanoes, like springs, were considered deities by the Atacama natives, while llamas were thought to have been born of springs.

The Alero Taira is positioned so that it is completely illuminated by the sun on both the winter and summer solstices.

“There’s evidence that this site was built here for specific reasons,” said Berenguer.

Taira is not the oldest example of rock art in this part of Chile, though. To the north in the copper mining Antofagasta region lies Kalina, around 1,000-1,200 years older than Taira and Milla.

This style of art has been found also in the Puna de Atacama plateau in neighboring Argentina, but Taira “has few equals in terms of beauty and complexity,” said Berenguer. One day, he hopes that Taira will be afforded UNESCO World Heritage Site status like the rock art in the Cave of Altamira in Spain or France’s Lascaux caves.