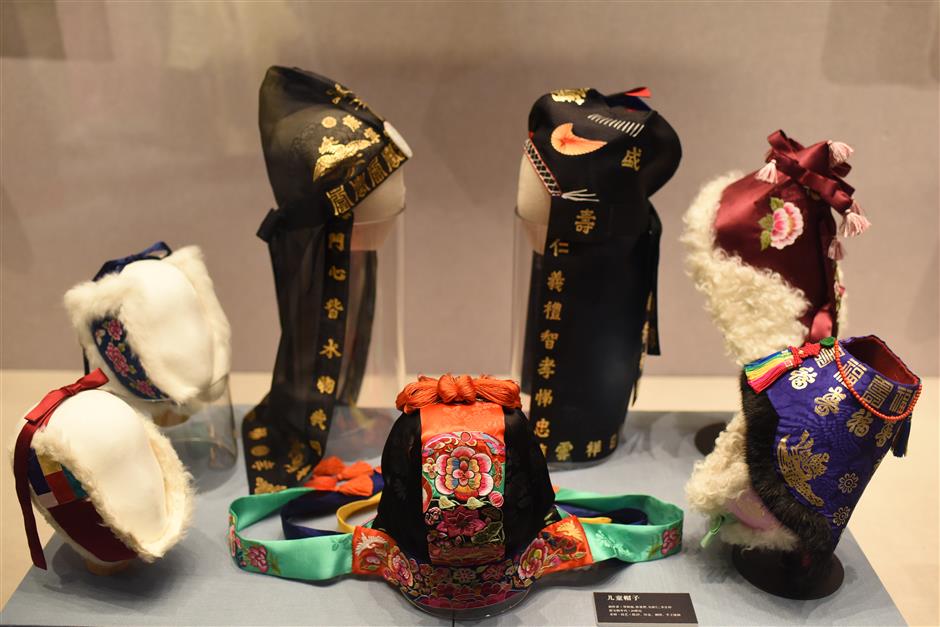 Goods and people have flowed between Korea and China for time immemorial, though the exchanges have probably never been so healthy as they are today. An exhibition at China National Silk Museum casts some light on one major aspect of the story of these relations.

More than 150 pieces of traditional Korean attire are on display until June 6. Students and teachers from the Korea National University of Cultural Heritage have reproduced some everyday textile products from the 14th to 20th century. Some were made on the original looms, while others were produced using the most modern textile technologies.

The history of Hansan ramie fabric, or mosi, may date back more than 1,500 years when it was known as a regional tribute to kings. Mosi has been awarded UNESCO intangible heritage status and is still valued in the luxury garment industry. 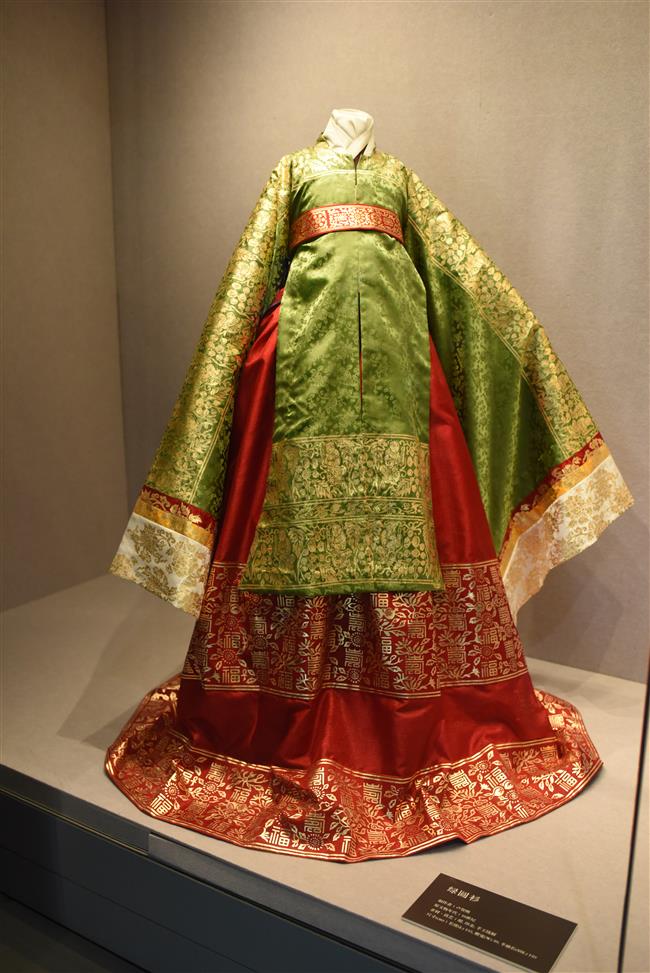 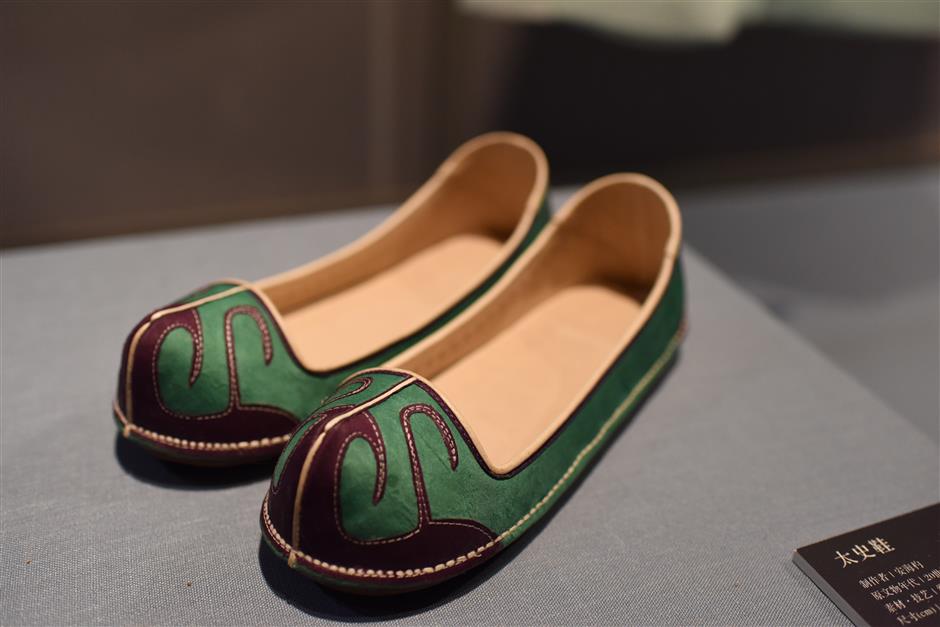 Ramie fabric comes from the plant of the same name, a kind of nettle that grows widely in East and Southeast Asia. The inner bark of the ramie plant is sun-dried and then torn into fibers of equal thickness before going through a complex process of spinning and weaving.

Mosi features better breathability, flexibility and resistance to moths than many of its counterparts. It is ideal for summer clothes and remains popular with Korean people today.

The university is the only organization that still teaches the traditional way of making mosi. Teachers and students majoring in traditional fabrics used historical skills and tools to produce everything on show.

The exhibition also features another traditional textile made with ramie and silk, used to make spring attire and named “spring cloth.” The fabrics on show are very colorful, dyed with natural vegetable dyes and then woven into ikat patterns.

In winters gone by, Koreans preferred brocade coats. Those at the exhibit were made on a Jacquard loom with mixed silk and ramie yarn. The blue rosy brocade is replicated according to the 17th-century style, and a colorful plaid piece is based on a 16th-century Buddhist sculpture.

Gilt brocade was a luxury adornment. It originated in China during the Three Kingdoms Period (AD 220-280) and spread to the peninsula. The weaving skills declined there during the Chosun Dynasty (1392-1910) and were lost.

However, the university analyzed fragments unearthed from a Koryo Period (918-1392) site and recreated the gilt brocade seen in the exhibition.

Gauze was another traditional fabric that found favor with people in the peninsula. Today, floral patterned gauze is still popular. The gauze on show was spun according to the techniques and patterns of the Chosun Dynasty.

Other sections display costumes worn by the imperial family and court officials. Like other Oriental countries, in its feudal period Korea had a rigid dress code. A complete set of attire for the royal family often included many layers of clothes, accessories, a pair of socks and shoes. 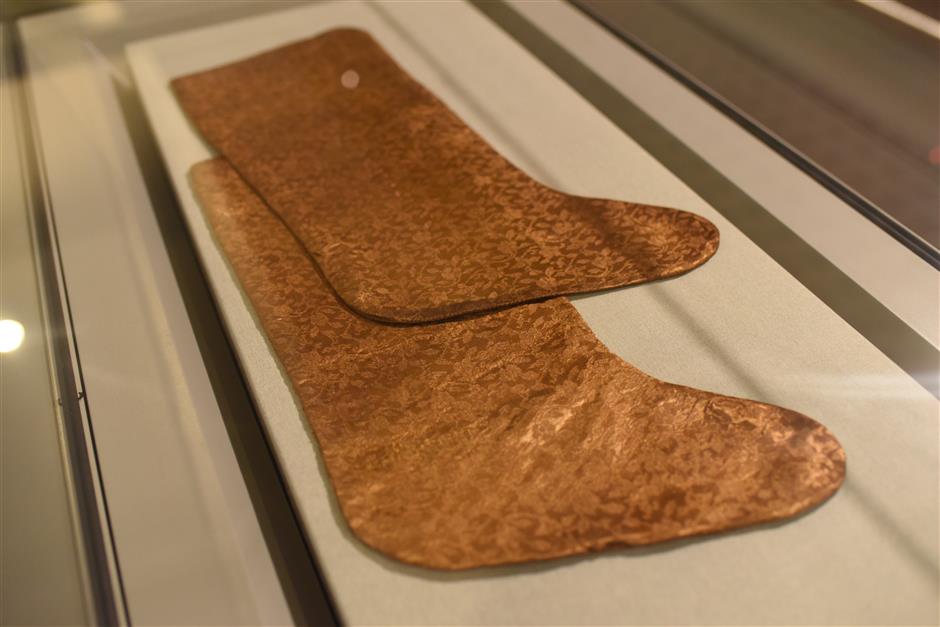 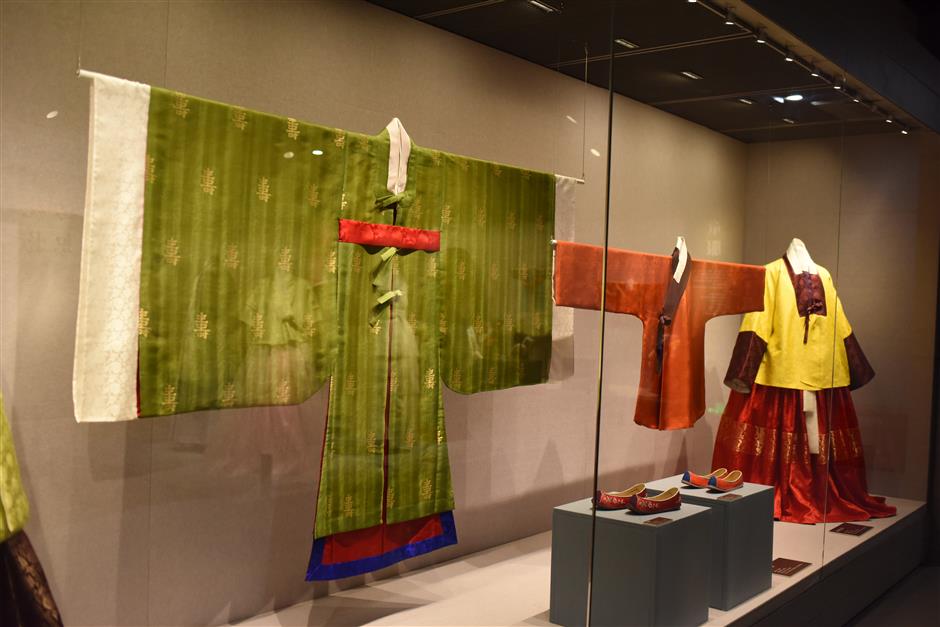 More than 150 pieces of traditional Korean attire are on display at the China National Silk Museum.

Dress code for different occasions had to comply with many conventions. The menswear section of the exhibit mainly consists of costumes for rituals and court, and women’s part showcases ceremonial dresses.

The university has not only recreated their own country’s styles, but cooperated with the museum to reproduce clothes found in a Chinese Ming Dynasty (1368-1644) tomb in Wangdian Town.

The tomb was found 13 years ago. An abundance of excavated documents and materials proved the occupants were Li Xiang, an imperial court official, and his four wives.

Wangdian Town was a center of silk production in the Ming Dynasty and a large number of silk items were found in the tomb. As a prestigious family, Li’s burial clothes would represent the best silk garments of the time.

The university and museum started working together in 2012. After years of research and restoration, these clothes were brought back to their original appearance and are now on display in the museum.

Well-preserved fragments were stitched onto other pieces of cloth. The original design, stitching techniques and embroidery were reproduced as closely as possible. However, some pieces were badly decayed and repairing them proved impossible. Restorers studied the design and weaving technology at that time and then made entirely new copies using modern textile technology.

Date: Through June 6, closed on Mondays 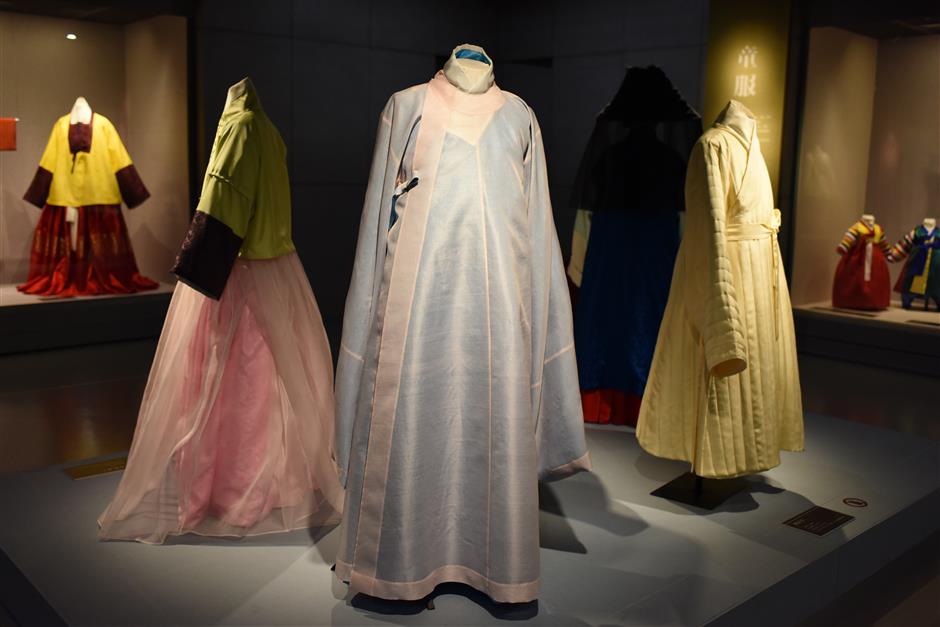