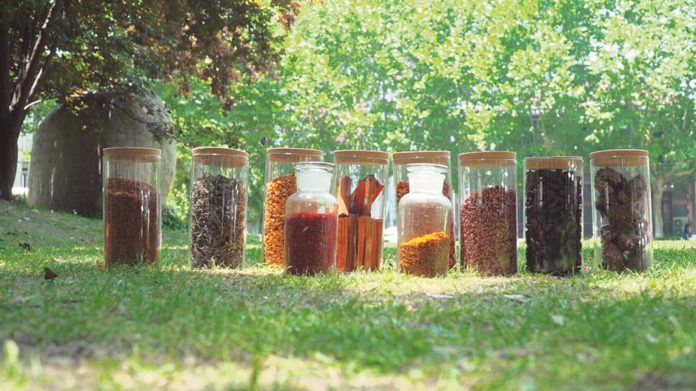 Shao Min dips a piece of silk into the murky yellow mixture, swirling it as she chats to her students and the neighbors who have gathered to watch her in a longtang (alleyway).

Shao is an assistant professor at the Stage Art Department of Shanghai Theater Academy. In her spare time, she is a devout researcher in colors and an enthusiast of plant-based dye. 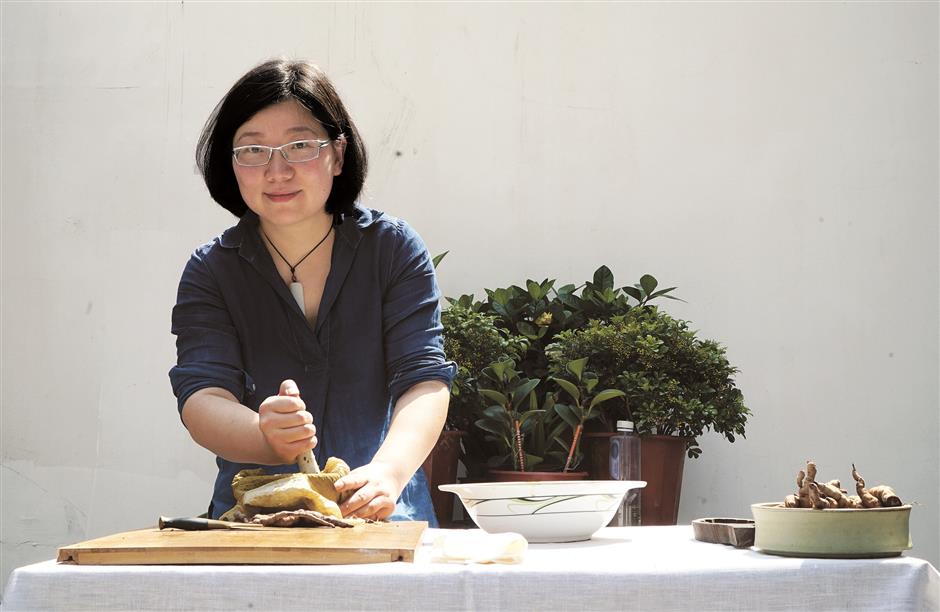 Her interest began when she was researching traditional clothing worn in palaces in the Ming Dynasty (1368-1644) for her PhD thesis and soon realized that while many attributes of Ming-era clothing have been studied — the materials, craftsmanship, patterns and prints — recreating colors accurately remained elusive. This made her research into traditional clothing of the time more difficult.

“I felt I had a responsibility to study (colors),” she says. And so she did, through dyeing different cloth materials to reproduce the colors of old, through the same proces.

Shao does this by investing a large amount of time and money into collecting plant ingredients from their natural habitats as well as purchasing swathes of silk and wool to dye. She allocates a large chunk of funds to buying plant materials and cloth items each month. 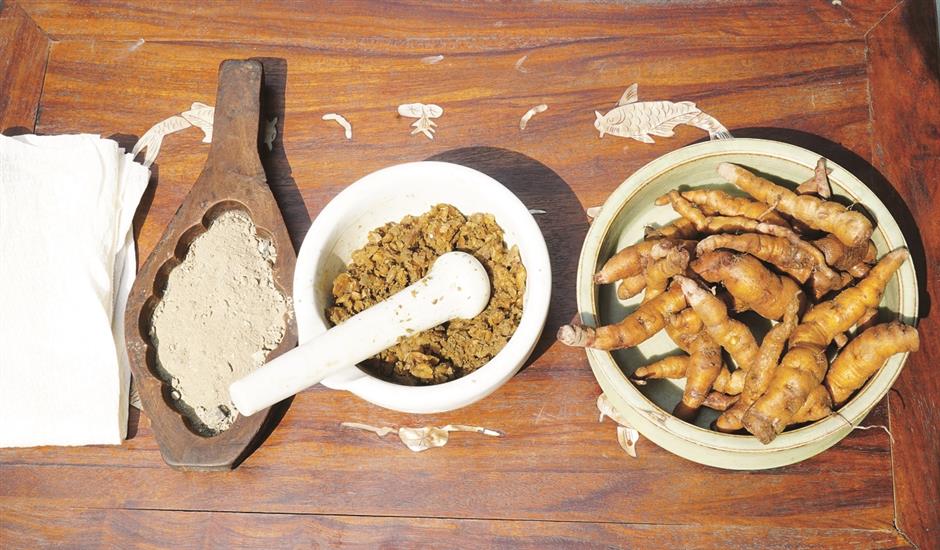 Her dedication is evidenced in how involved she is in the entire process — from going to the area where the plants are found and studying the land to making the dye to color the material. She’s fascinated by all of it, as demonstrated by her excitement when talking about her adventures to collect the ingredients for her dyes.

On the day we met, she was starting a new vat of dye using dihuang — a plant that is often used as an herb in traditional Chinese medicine. She says she previously used raw and cooked versions of the plant bought from TCM shops, but the effect was not desirable. Then she used fresh, wild dihuang that she had bought online. She washed and chopped the plant, placed the pieces into a mortar before mashing them with a pestle. She then congealed and refined the mash, before wrapping a piece of silk around it and squeezing the juice out into another bowl, to produce a viscous yellow liquid. 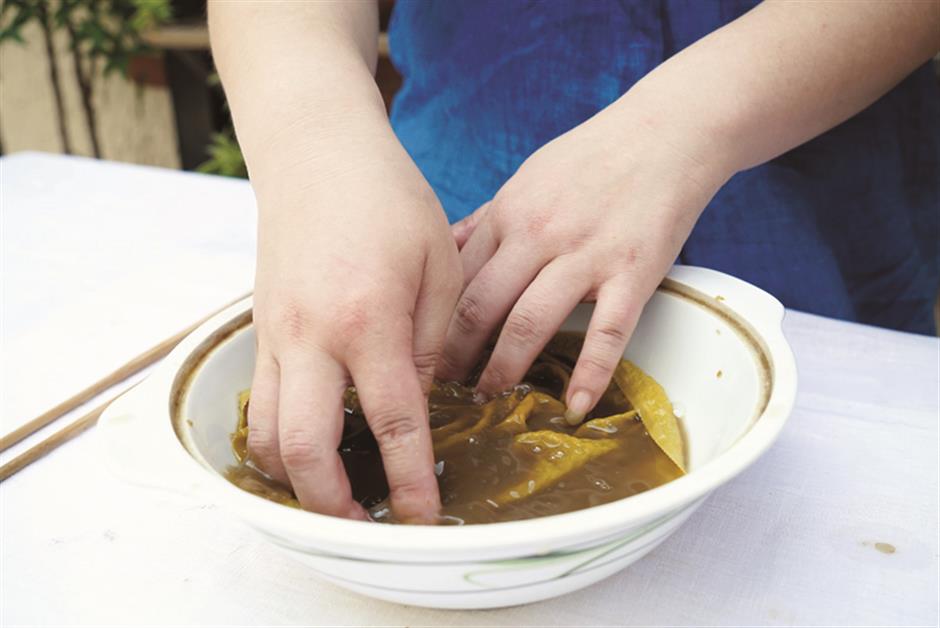 “Waste not, want not!” she says, as she placed the mash into a pot of boiling water, letting it be there for a while before sifting the mash out, leaving the water tinged yellow.

Shao ran a piece of damp silk through the yellow water, took it out, then poured in the dihuang juice before soaking the silk in the mixture for another 15 to 20 minutes. Her hands were never still, constantly pushing the silk around the water in languid spirals. This process repeated itself until she was happy with the color achieved.

According to Shao, plant-based dyeing is a craft like any other, and the easiest step to crafting is following instructions. 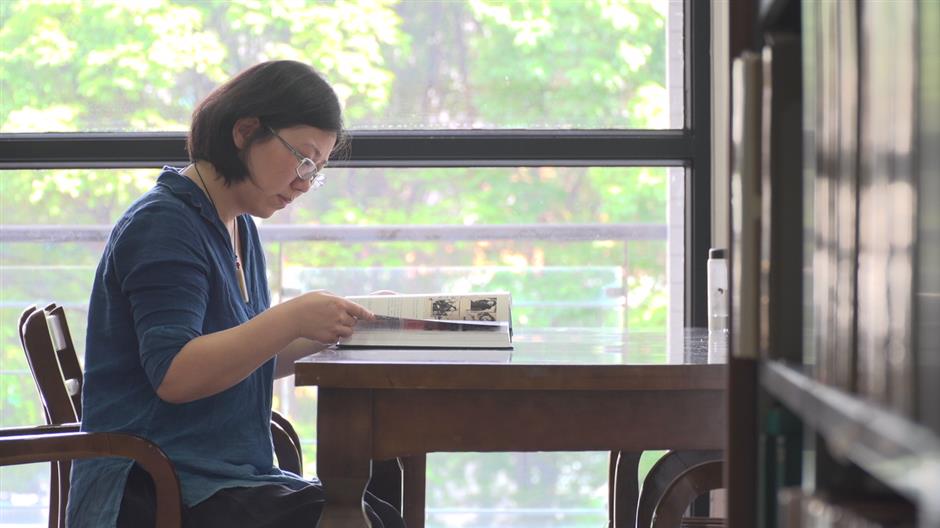 “You could go to a pottery studio, but that doesn’t make you a potter,” she chuckles wryly. “It’s the skill that comes with years of practice and refinement that truly sets apart one piece of work from the other.”

With time, her eyes and hands have become more sensitive to the minute differences produced between dyes. Her continual efforts bring her closer than ever to her goal of finding the closest approximation to colors that existed in ancient times.

Shao stresses that understanding these colors is an integral step in mastering Chinese history and culture, but she also laments how absent it is from contemporary discourse of plant-based dyeing.

In her thesis, Shao looked at how colors represented a strict system of social stratification and how different colors were used at different events and in different seasons. She also does this as a way of attributing which colors could be considered as “belonging to China,” such as red and yellow.

As a graphic designer, Shao feels it’s important that there be a way of differentiating colors. Because of that, she’s launched a project assigning numerical values to each of the colors she dyes using plant ingredients through creating a color atlas.

After completing her first attempt three years ago, she started a new one recently and has already seen the differences between the two. Her aim is to use a new natural ingredient each year to create more color samples and to gain a renewed and deeper understanding of the ingredients she uses.

For Shao, it’s a matter of legacy. In this fast-paced society, it’s difficult for people to really experience things as they are changing rapidly. So is plant-based dyeing, where the drain of experts has allowed many minute differences among colors to go amiss. This results in the deterioration of knowledge of colors, and Shao believes the only way to fix it is through practicing the sensitivity of our eyes.

Shao says pursuing this has improved her life. She’s always had an innate interest in natural elements, such as organic vegetables and arts and crafts. She believes plant-based dyeing has made her life healthier.

“Last summer, when it was 40 degrees Celsius, I didn’t turn on the air-conditioner. I drank hot tea, but I still felt very calm and chill,” she says. “People may not see a difference in my appearance, but I know I’ve changed inside, and that’s a big part of why I continue this endeavor.”