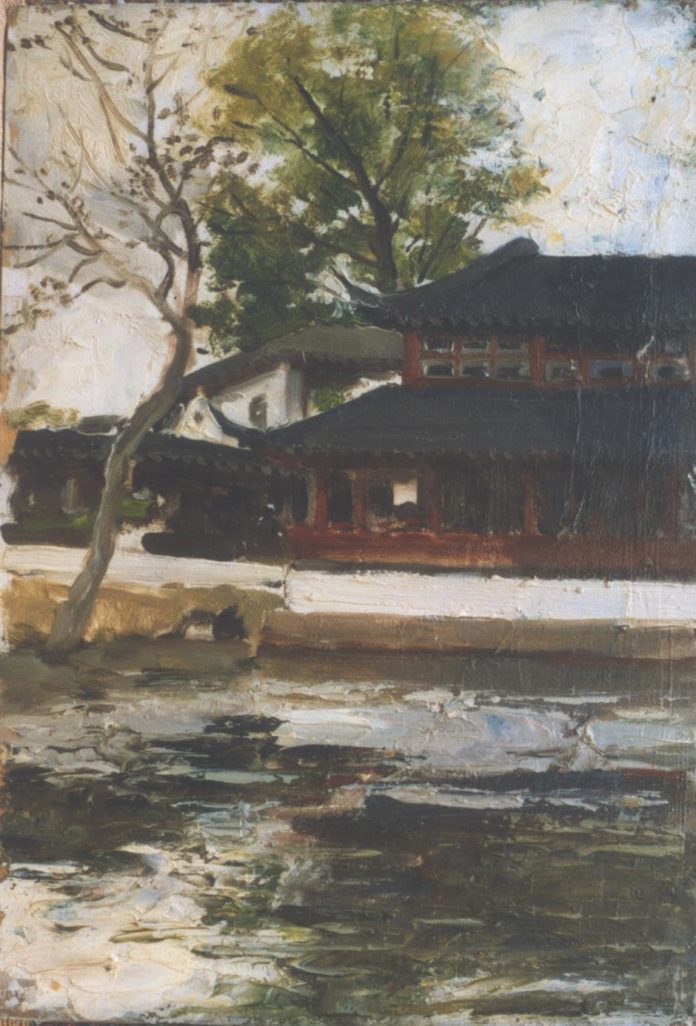 Tucked in a quiet lane in Suzhou, the Wu Zuoren Memorial Hall provides an opportunity for visitors to have an extensive view of the works of the renowned Chinese artist and art educator.

An exhibition titled “The First Round of Documentation of Wu Zuoren and Suzhou,” featuring nearly 80 objects ranging from Wu’s ink-wash paintings, canvas works and letters to some related historical materials, is currently on display at the Wu Zuoren Memorial Hall through May 20, 2019.

Born in 1908 in Suzhou, Jiangsu Province, Wu grew up in an intellectual family. His grandfather was a noted ink-wash painter and his father was an expert in poetry and calligraphy

While still a child, Wu formed a band with his brother and sister. He was later known for his skill with the violin and flute.

After graduating from middle school in Suzhou, Wu studied at the Department of Fine Arts at the Shanghai Art University, where his ability was recognized by Xu Beihong (1895-1953), one of China’s top modern artists.

From 1930 to 1935, Wu traveled abroad to study in Europe, returning in 1935 and working in both traditional Chinese ink painting and European canvas.

“But he had such a strong emotional link with Suzhou.

“Although his schedule was fully occupied whenever he returned to Suzhou, he squeezed in time for many sketches of Suzhou.”

Wu wrote: “It is such a fortunate thing to be a Suzhou native and to eat loquat” on an art piece titled “Loquat” created by his wife in 1962.

“During his later years, Wu actually had a chance to set up his memorial hall in Beijing for his achievements and contribution in art and education, “ Cao says.

“Yet he still insisted on choosing Suzhou for this memorial hall.

“It is apparent that Suzhou always lingered in his dreams.”

In 2015, the Wu Zuoren Memorial Hall was renovated, and this exhibition is to celebrate the 110th anniversary of Wu’s birth.

In 1958, Wu became the principal of the China Central Academy of Fine Arts. He was then tasked to design three postage stamps. The three “Giant Panda” stamps, first issued in 1963, established the panda as one of the enduring emblems of China. The stamps he created made him a household name.

Wu was also known for his ink paintings of yaks and camels in western China.

In 1989, Wu founded and endowed the Wu Zuoren International Foundation of Fine Arts, the earliest art foundation in China. He died in 1997.