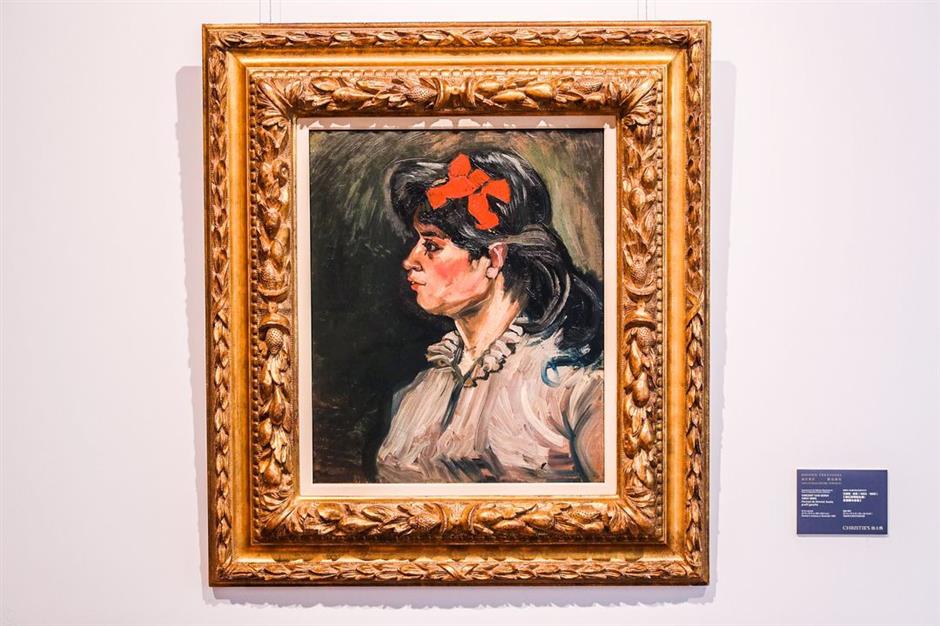 Christie’s will offer “Hidden Treasures: Impressionist and Modern Masterworks from an Important Private Collection” on 27 February, 2019, in London.

Tracing the key artistic movements that defined the late 19th and 20th centuries, “Hidden Treasure” examines the transformative moments within the artist’s careers and is expected to realize over US$100 million.

Claude Monet’s impressively-scaled, exuberantly colored “Saule pleureur et basin de nympheas” (1916-1919) will lead the sale and is presented to the auction for the first time. Once in the collection of the artist’s son Michel, Claude Monet’s monumental “Saule Pleureur et basin de nympheas” is a daring work from the iconic series of large-scale water-lily paintings created in the final two decades of his life, and closely relates to the artist’s masterpiece “Les Numpheas: Le Matin aux saules,” now in the collection of the Musee de l’Orangerie, Paris.

Focusing on the interaction between the delicate water lilies as they drift atop the water and the dramatically cascading leaves of the weeping willow trees, which lined the edge of the pond, the painting explores the fleeting effects of atmosphere and light on the shimmering surface of the water.

Further highlights include Paul Cezanne’s “Nature morte de peches et poires” (1885-1887), borders on the abstract and was last seen at an auction almost 40 years ago, and arguably the most significant still-life to come to market in 20 years. It depicts a dish of beautifully colored fruits, set atop a bare wooden table in a shallow space.

This will be offered alongside Vincent van Gogh’s “Portrait de femme: buste, profil gauche” (1885), which was originally given as a gift by van Gogh to his close friend, Emile Bernard, whom he met in Paris in 1886.

A rare work, it was created at a transitional moment in Antwerp when the artist was absorbing the work of Rubens, whose influence can clearly be seen in the strong red of the sitter’s bow and in the pinks of the flesh tones.

It represents an important moment of transition in his career, bridging the scenes of peasant life which had dominated his art, the thoroughly modern subjects he would go on to paint following his move to Paris. This portrait is an important precursor of the strong colors that would come to define the artist’s subsequent Paris period.