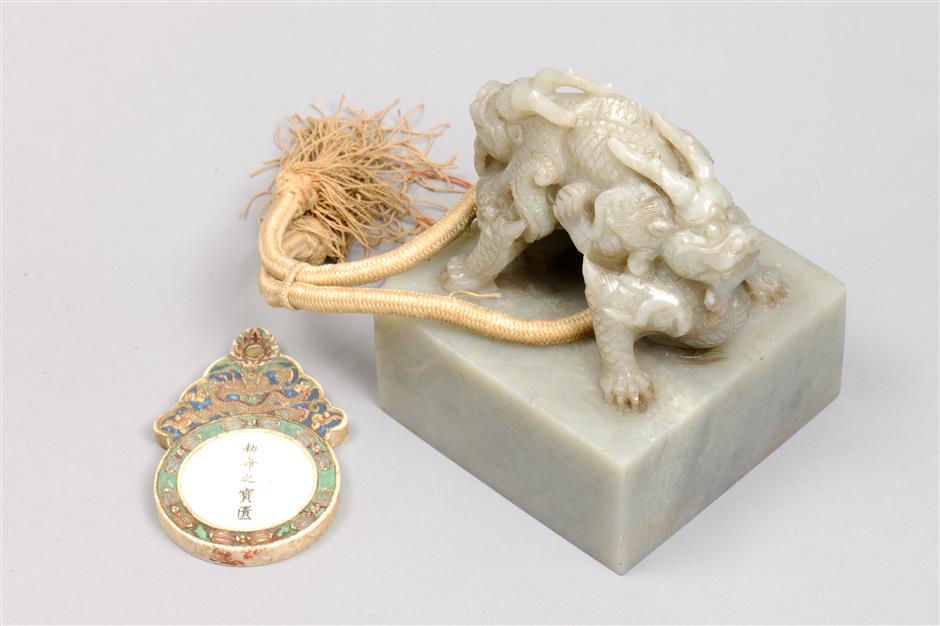 Some 100 Qing Dynasty (1644-1911) jade artifacts from the Palace Museum in Beijing are on view at the Liangzhu Museum in Hangzhou until October 18.

The pieces, which date to the dynasty’s Emperor Qianlong period, include stationery objects, accessories and ritual vessels.

One highlight is a jade seal used by Qianlong himself. The seal bears the royal character xi (玺), which represented the sovereignty and supreme power of the Qing ruler.

Even after stepping down from the thrown to be succeeded by his son Jiaqing, Qianlong continued to exert considerable power through his continued use of this royal seal.

Ancient Chinese people believed that jade stones had souls and represented the essence of nature. They compared jade to good virtue and carved it into figurines to celebrate moral qualities.

The exhibition showcases a jade Buddha figurine crafted with smooth lines and impeccable carving skills. The Buddha wears a long gown and two bracelets, while sitting with a gentle and peaceful expression.

To worship Buddha, Qing Dynasty emperors invited craftspeople from across the country to sculpt figurines from different materials. This one is considered a high-caliber example from the Qianlong period.

Meanwhile, as part of a cultural exchange with the Palace Museum, about 300 Liangzhu artifacts are also on display there until October 20.

Date: Through October 30, closed on Mondays A jade Buddha on display