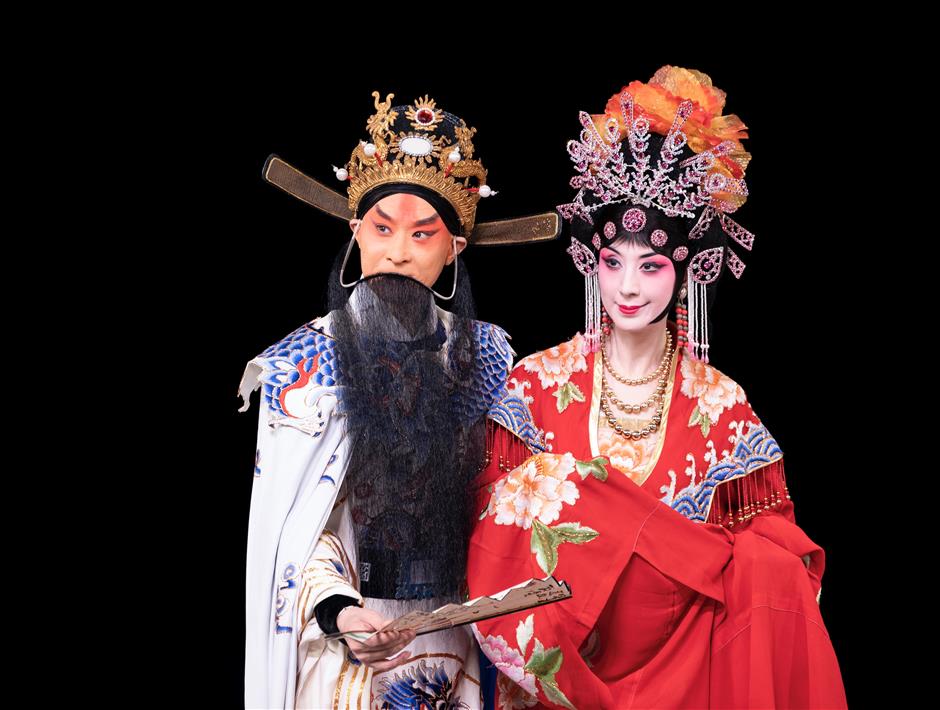 Peking Opera spectacular “The Royal Consort of Tang” will be staged from November 6 to 10 at the Shanghai Grand Theater.

The newly adapted show is a program of the 21st China Shanghai International Arts Festival.

Based on Peking Opera master Mei Lanfang’s classic plays “The Drunken Concubine” and “The Emperor and the Concubine,” the show was created and debuted 18 years ago. The original version starred Mei Baojiu, Zhang Xuejin and Yu Kuizhi.

In 2001 when the show was first presented at the Shanghai Grand Theater as the opening performance of the 3rd China Shanghai International Arts Festival, it became a sensation for its combination of traditional theater, dance and symphonic music. Classic singing excerpt “Ode to the Pear Blossoms” was popular among theatergoing enthusiasts.

In addition to telling the tragic love story between Emperor Xuanzong and his imperial concubine Yang Yuhuan, it will include more martial arts scenes to portray the turbulent background of the An Lushan Rebellion, a devastating uprising against Tang Dynasty (AD 618-907), which overtly began on December 16, 755, when General An Lushan declared himself emperor in Northern China, thus establishing a rival Yan dynasty. It ended when Yan fell on February 17, 763.

Versatile Chinese Peking Opera artist Shi Yihong who also starred in the original version will play the leading role of the imperial concubine.

“The newly adapted show is also a tribute to the late artist Mei Baojiu, who wished to preserve the play and pass it down from generation to generation,” said Shi.

Zhang Fan, director of Shanghai Peking Opera Troupe, said they will produce a youth version of the play to cater for the tastes of young people. Innovative cultural products and spin-offs will be developed.

The troupe will collaborate with online service providers to analyze audience composition of traditional theaters to support their future work of creation and preservation.