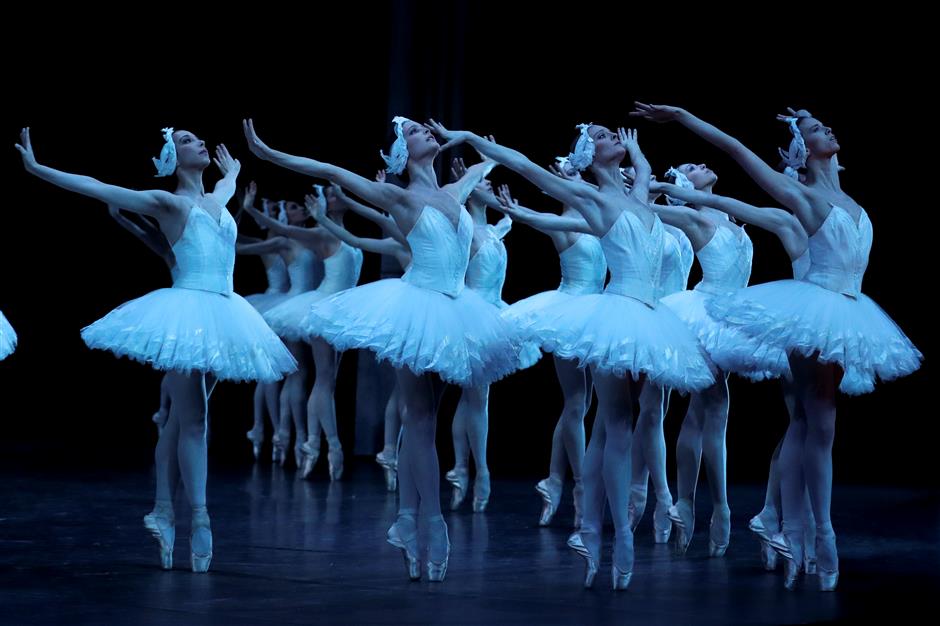 The 350-year-old Paris Opera Ballet will return to the stage at the Shanghai Grand Theater, 14 years after its phenomenal debut in the city.

The troupe will present two works this time. One is the classic ballet “Swan Lake” as interpreted by Rudolf Nureyev, and the other is the modern ballet entitled “Forsythe | Robbins | Pite,” consisting of selected works choreographed by William Forsythe, Jerome Robbins and Crystal Pite.

Shanghai is the only stop in China.

“The two works that we present this time are the representative works of Paris Opera Ballet. They reflect our specialty, that is, our dancers can practice both classical and modern ballets,” said Flavien Moglia, administrative director of the troupe.

What’s more, Nureyev’s classical ballet features a new role — an evil character, which is an ambiguous figure symbolizing the dark side of Prince Siegfried. It is said that the image of the prince originally drew inspiration from Ludwig II, King of Bavaria from 1864 until his death in 1886. Nureyev’s interpretation of “Swan Lake” reflects the soul of the historical figure.

“The traditional version of ‘Swan Lake’ with simple storyline might focus on the beauty of the dance. Nureyev’s version provides rich psychological content through the ballet. He paid much attention to the story behind dance,” said Jean-Guillaume Bart, ballet master and former Etoile, or principal dancer of Paris Opera Ballet.

The ballet troupe aims to present the works with profound meanings rather than merely visual pleasure.

Two Etoiles from the troupe, Leonore Baulac and Germain Louvet, will star in “Swan Lake.” 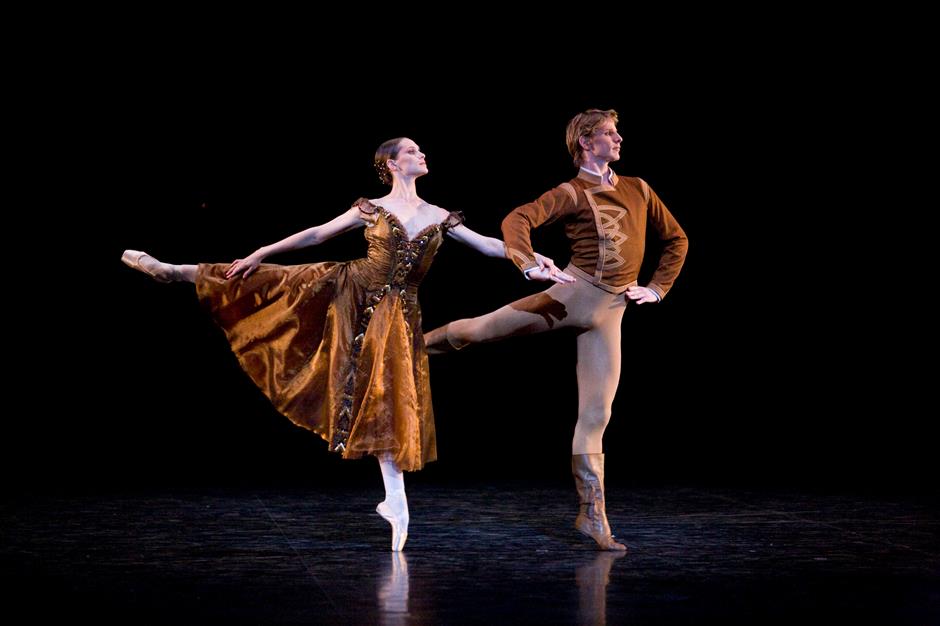 The ballet “In the Night,” choreographed by Jerome Robbins, presents three elegant duets.

Another famous principal dancer Dorothee Gilbert will perform in the dance “In the Night” as part of the performance “Forsythe | Robbins | Pite,” to be staged on July 4 and 5. Choreographed by Robbins in tribute to Frederic Chopin, the work presents three elegant duets.

Created in 2016, Forsythe’s “Blake Works I” is a tribute to the elegance and splendor of the French school of dance. He set the work to the songs from British composer James Blake.

Another modern ballet “The Seasons’ Canon” presented to local audiences this time was also created in 2016 by Pite. The music is inspired by Antonio Vivaldi’s “Four Seasons.” The work highlights the corps de ballet with stunning ensembles.

“For us, the inheritance is prominent,” said Moglia.

Apart from performance, there are a series of related activities, such as lecture, workshop and exhibition, allowing people to have a better understanding of the art of ballet and the Paris Opera Ballet. 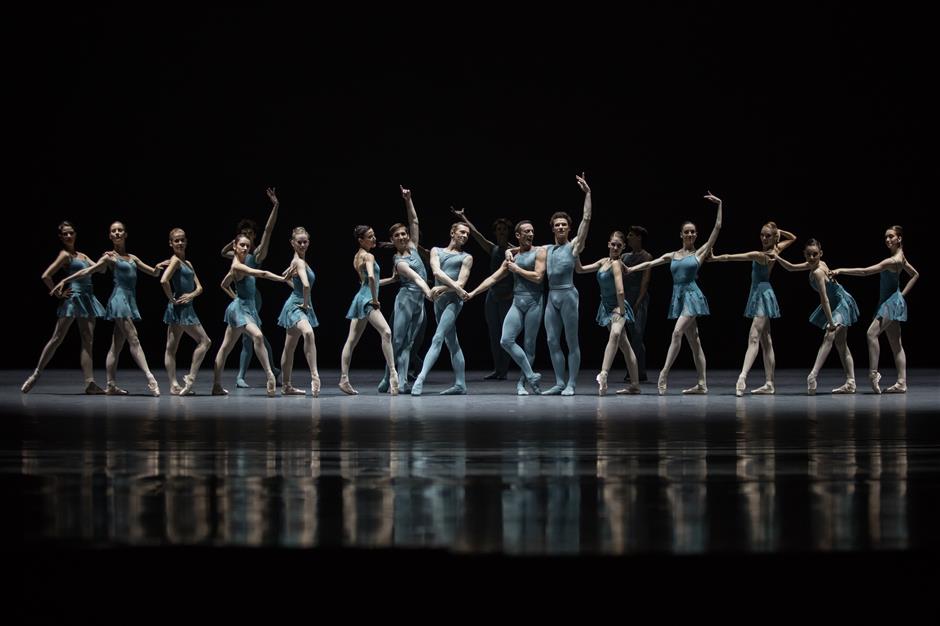 “Blake Works I,” created by William Forsythe, is a bright and joyous piece with dancers on stage in soft, blue-green costumes. 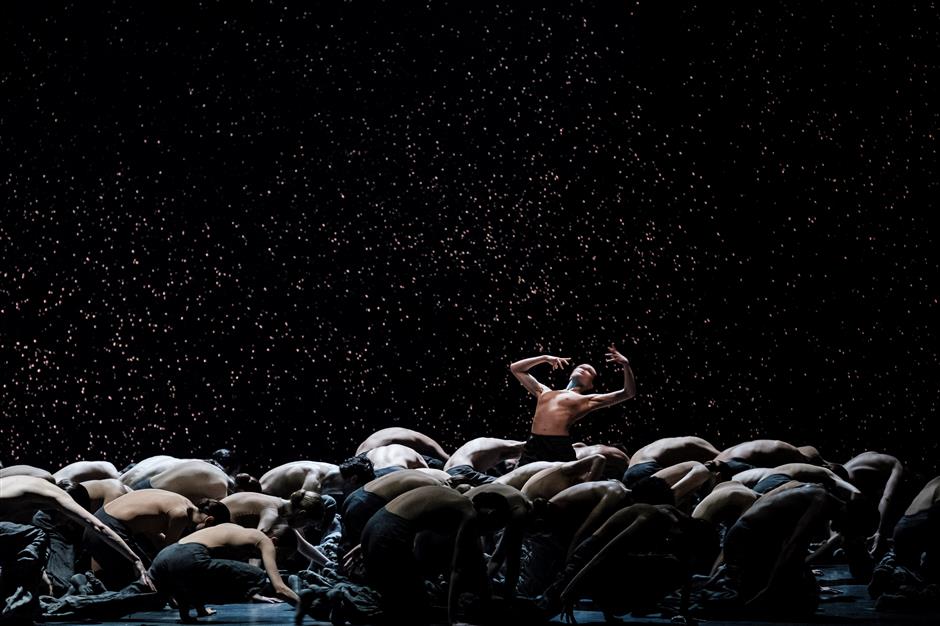