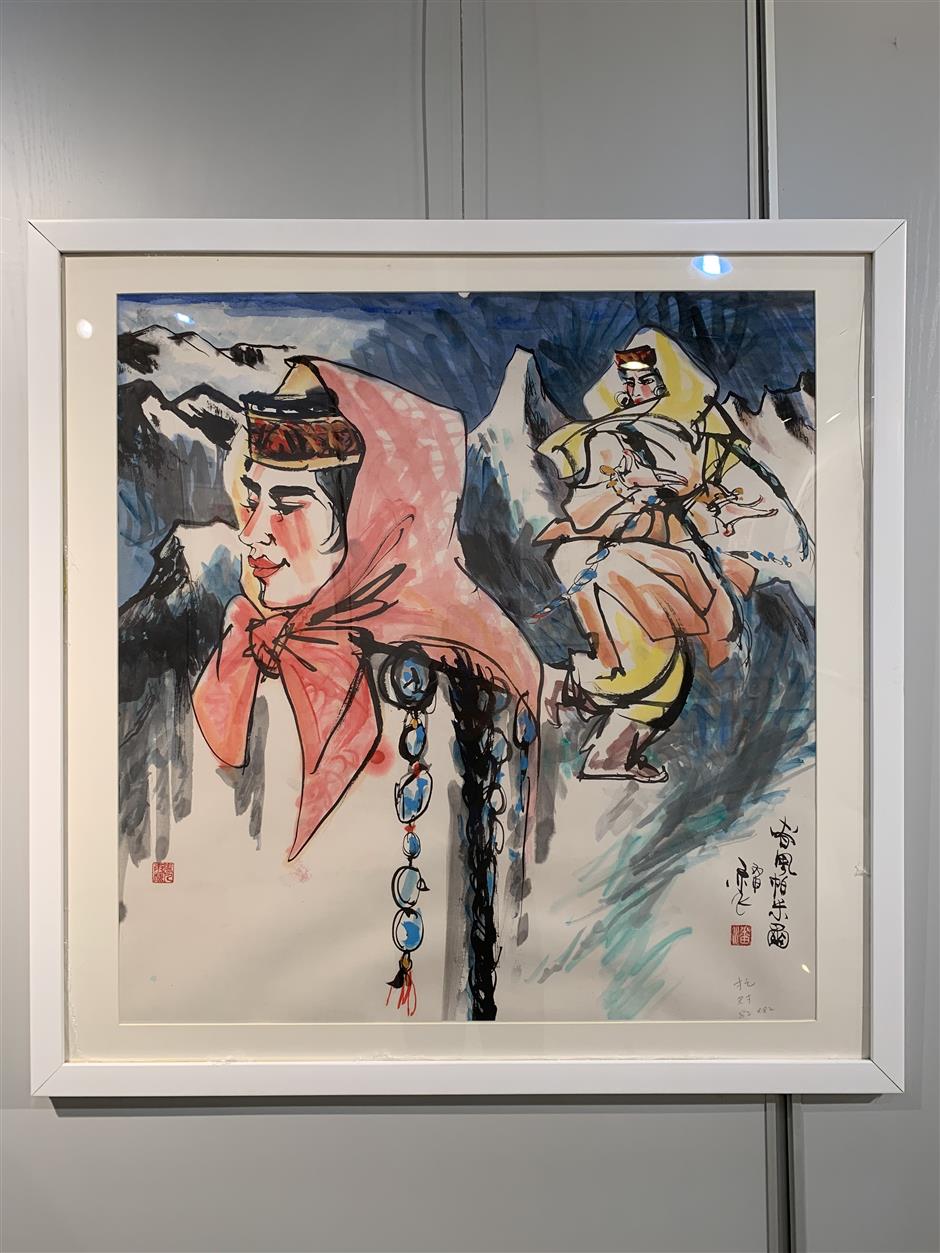 Painter Yi Fei’s exhibition “Hometown — Sea and Sand” is being staged at the National Base for International Cultural Exchange and Research through September 16.

There are a total of 140 colored ink works mostly painted when Yi lived in the Xinjiang Uygur Autonomous Region from 1966 to 2007.

“My most precious years were spent in Xinjiang, China’s northwest amid sandy deserts and lush forests,” said the 73-year-old Shanghai native. “I left my youth there and the place gave me inspiration in return.”

He went to Xinjiang at the age of 20, among the millions of intellectuals sent to the countryside in that period to help rural development.

During his stay over four decades, Yi painted Xinjiang’s dancing men and women, children’s smiling faces and its beautiful scenery. His work is never confined to traditional Chinese painting techniques.

About 70 percent of the paintings on display were done in Xinjiang.

After he returned to Shanghai in 2007, Yi started to paint the metropolis.

“Some people say Shanghai is a concrete jungle, but for me, it is an urban forest with warmth and love,” he said. The city under the painter’s brush is full of energy yet with a laid-back vibe.

An exhibition of seven metallic installations by a Dutch artist is also on display.

Venue: National Base for International Cultural Exchange and Research