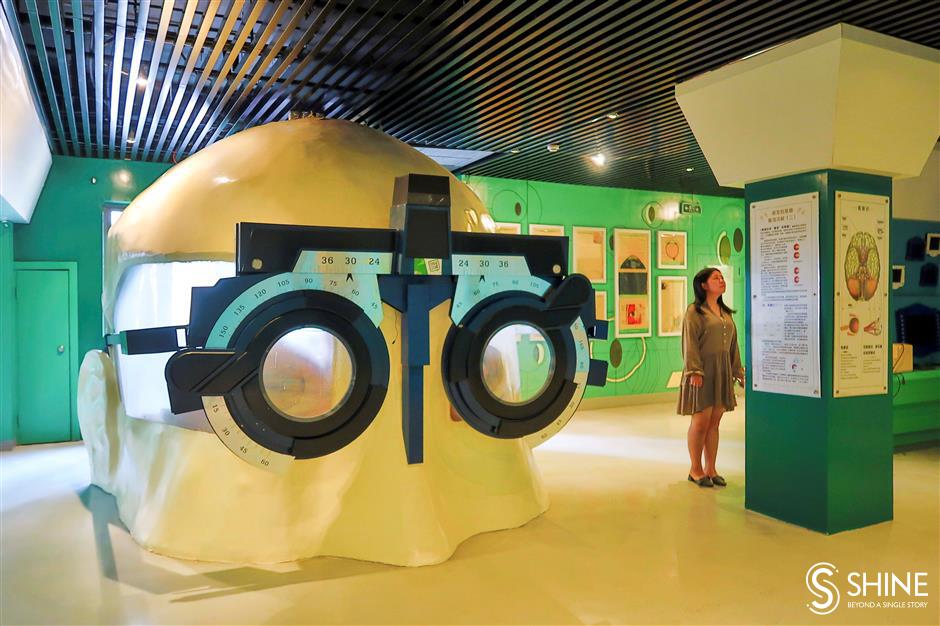 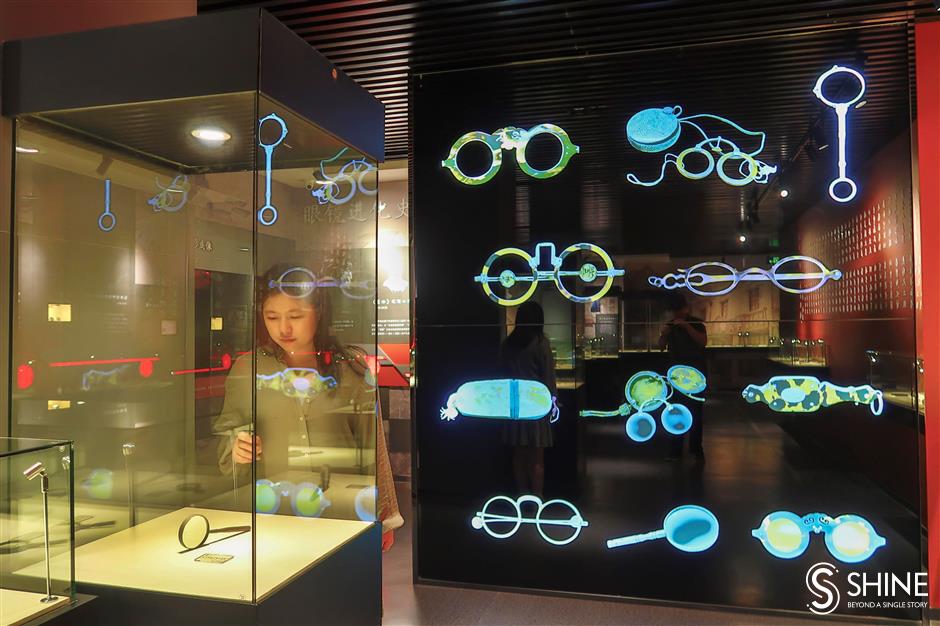 The first eyeglasses are believed to have been made in the Italian city of Pisa in about 1290. However, the precursors of spectacles can be traced back to the Eastern Han Dynasty (AD 25-220) in China.

In what is today Yangzhou in Jiangsu Province, archaeologists discovered a 2.3-gram convex lens surrounded by gold in the tomb of Liu Jing, the ninth son of Emperor Liu Xiu.

The lens, made of crystal, was used to form a magnified image that could be amplified four to five times.

“If I didn’t work here, I wouldn’t know the astonishing history of Chinese eyeglasses,” said Liu Chang, 27, curator of the Shanghai Glasses Museum.

Opened on China National Eye Care Day on June 6, 2006, the facility is the city’s first community-based museum. It showcases information and artifacts about both eyes and spectacles.

Located on the second and third floors of a community activity center on Baochang Road, the museum is a block from Qingyun Road, which is called “glasses street” because it’s lined with optical shops.

“Most of our visitors are students,” said Liu. “The purpose of the museum is to persuade visitors to take good care of their eyes and to gain a deeper understanding of the history of glasses in China.”

According to Liu, that history can be broadly divided into five phases. The first period spans from the time immemorial to the Western Han Dynasty (206 BC-AD 25). During that time, Mozi, a Chinese philosopher of the Hundred Schools of Thought period, postulated that light travels in a straight line. His study of geometrical optics laid the foundation for eyeglasses.

“The second phase spanned from the Eastern Han Dynasty to the Northern Song Dynasty (960-1127), when glasses were just single lenses used to magnify images,” said Liu.

In the third phase, starting from the Southern Song Dynasty (1127-1279), eyeglasses as we know them today began to take shape. They were composed of two eyepieces connected by a bridge that went over the nose, but they weren’t fastened to the ear.

“Users either held the frames or used string to fasten them to the head,” said Liu. “Glasses were expensive in ancient times, so they were exclusive to the aristocracy. A pair of glasses could be exchanged for a horse at that time.”

Antique frames were made of various materials, including gold, ivory, tortoiseshell, wood and copper.

A pair of vintage eyeglasses made by Wuliangcai, a venerated optical shop

In the Ming Dynasty (1368-1644), which is the fourth period, glasses with temples that held the frames from falling off the face began appearing. At that time, a Suzhou-based lens maker named Sun Yunqiu made great contributions to optical devices.

It is said that Sun invented more than 70 pieces of related equipment, including corrective lenses for presbyopia, near-sightedness and hyperopia, and also the predecessors of kaleidoscopes and microscopes.

Suzhou is famous for its jade carving. The creative Sun adopted that technique to the polishing of crystal lenses.

Eyeglasses entered a new epoch in the Qing Dynasty (1644-1911). The addition of cable temples helped to hold glasses in place better.

However, his son Qianlong had a different attitude toward the visual aids. He refused to wear eyeglasses and even wrote several poems to expound his opinion that things seen were unreal if one wore eyeglasses.

There, young people can experience sight through the eyes of animals. They learn, for example, that an eagle has a very wide eyesight range, a rabbit can see nearly 360 degrees, and a horse can recognize only blues and greens.

A large three-dimensional model of eyeballs enable visitors to view the internal structure of the eye, and accompanying panels give information on eye diseases.

“As a community-based museum, we are close to residents,” said Liu. “We sometimes organize public welfare activities, such as free eye examinations and eyeglass cleaning. The dealers of the shops on Qingyun Road have established a volunteer group to participate in the activities.” 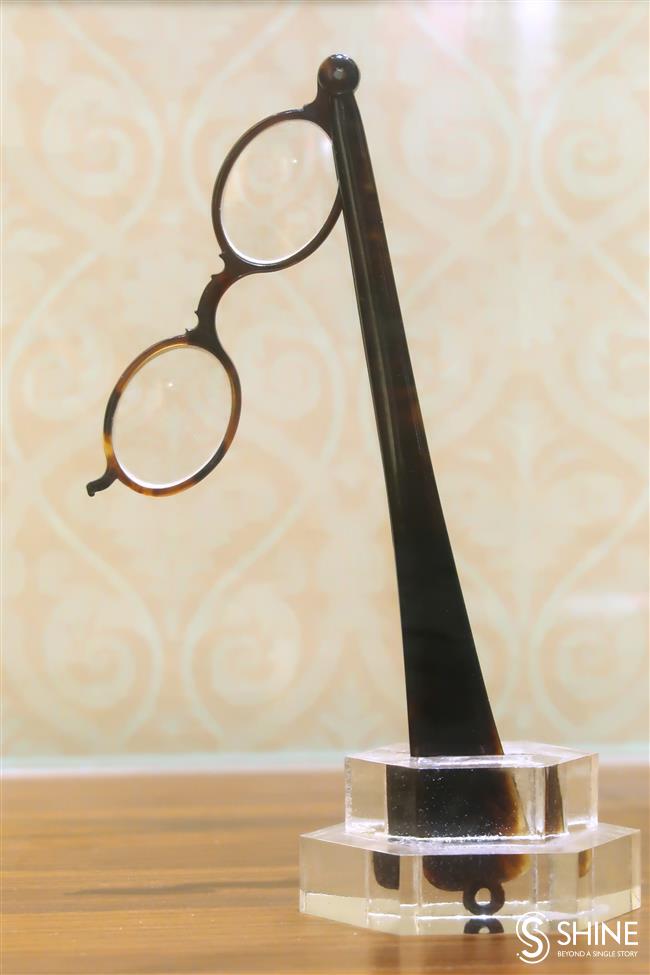 A pair of Western-style lorgnettes