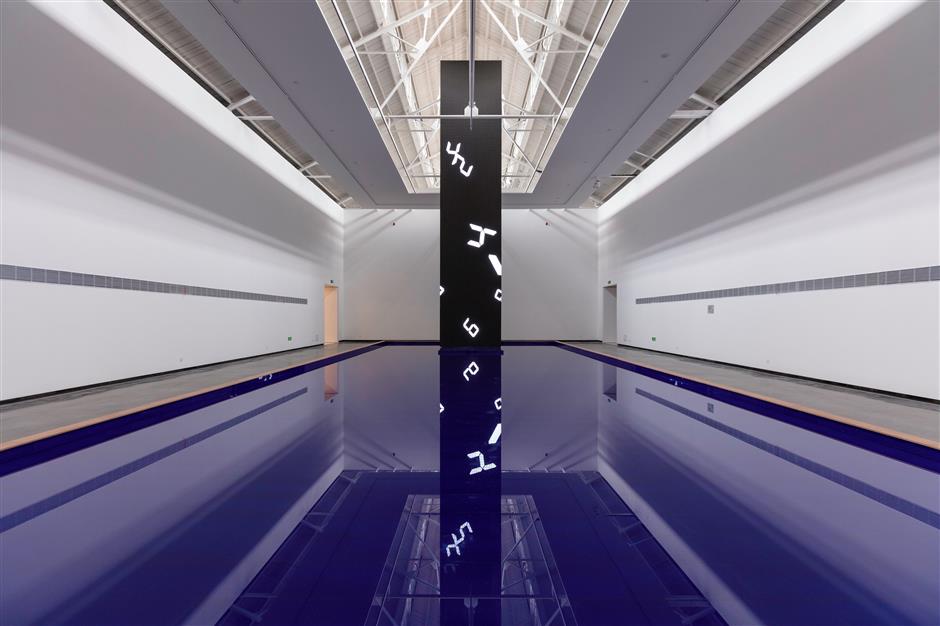 Tatsuo Miyajima, one of Japan’s foremost sculptors and installation artists, is an ideal choice to launch the relocated Shanghai Minsheng Art Museum.

The museum’s new venue, at Wenshui Road, has been renovated from an old and abandoned metallurgical factory and occupies an area of 7,000 square meters.

Miyajima is the perfect artist to promote the new location as industrial remains echo well within his artworks.

Titled “Tatsuo Miyajima: Being Coming,” the solo-exhibition features representative works from the 61-year-old since 1988, including his LED installation and performance art.

When entering the exhibition hall, visitors are immediately taken by a cluster of colorful LED numbers hanging from the ceiling or “popping out” from the screens.

Numbers always play a part in his works. For example, “Time Waterfall Panel #MAM,” stands out like a monument, projecting natural numbers from one to nine on the LED pillar, decreasing from big numbers to small numbers, but never reaching zero.

The artist’s continuous process of counting down symbolizes a life experience, along with the vanished light that hints the number of zero is a metaphor of death. Every digit appears in a different size at a different speed, which generates overlapping layers and each layer implies a distinctive trajectory of each individual’s life.

Born in 1957 in Tokyo, Miyajima finished his undergraduate and postgraduate studies at the Tokyo National University of Fine Arts and Music in 1986. After his studies he began experimenting with performance art before moving on to light-based installations.

“Time connects everything, and I want people to think about the universe and the human spirit,” the artist said. “For me, there is no particular meaning about these numbers. Numbers are a universal symbol. Changes in numbers vividly reveal a changing or fading process.”

“Keep changing,” “connect with all” and “goes on forever” are three of the Japanese artist’s core concepts.

The bigger the themes, the harder the creations. But Miyajima swiftly finds his way through the use of digital light emitting diode (LED) counters, or “gadgets” as he calls them, and has done since the late 1980s.

These numbers, continually flashing and repetitious — though not necessarily sequential — cycles from one to nine, represent the journey from life to death, the finality of which is symbolized by “0,” which consequently never appears in his work. This theory derives partially from humanist ideas, the teachings of Buddhism, as well as from his core artistic concepts.

His LED numerals have been presented in grids, towers, complex integrated groupings or circuits and as simple digital counters, but are all aligned with his interests in continuity, connections and eternity, as well as with the flow and span of time and space.

The spotlight of the exhibition is his installation “Time Train to the Holocaust/Counter Coal.” It is actually two works, yet they are a harmonious match.

“Counter Coal” is a pile of coal in the exhibition hall, and the digital LEDS are constantly flashing among the coal blocks.

Then there is a toy train track around the pile of coal, with a train moving around it, also with LED numerals flashing in some of the compartments.

Miyajima summed up the 20th century as a period of human history that was more violent than any before. Here the moving train is reminiscent of those that were transporting thousands of Jewish people to their fatal destination in the concentration camps of World War II.

“The brutal killing of the Jewish people by the Nazis is already a past history, and I hope that such crimes will never reappear or be repeated,” Miyajima explained.

Aside from his thought-provoking installations, Miyajima is also noted as a performance artist.

For example, “Counter Voice in the water at Fukushima” (2014), sees a video record Miyajima counting down from nine to one. When he reaches “0,” he inhales and holds his breath, and puts his face in the water from the sea. In front of the sea is the nuclear power plant, which was severely damaged by the Tsunami that struck Fukushima, Japan in 2011.

When confronting another work titled “Archives of Deathclock,” visitors are directly forced with the theme of death.

The work creates a place where one can confront one’s own death. People who register with “Deathclock” are asked to type in their own date of death. But this death is a different version of death — it is like the aforementioned welling up of an intuition that makes them sense the next life ahead.

Viewing a group of pictures capturing various people with their Deathclock, visitors might think of their own demise. Here the artist emphasizes “those who can teach how to die can also teach how to live.” 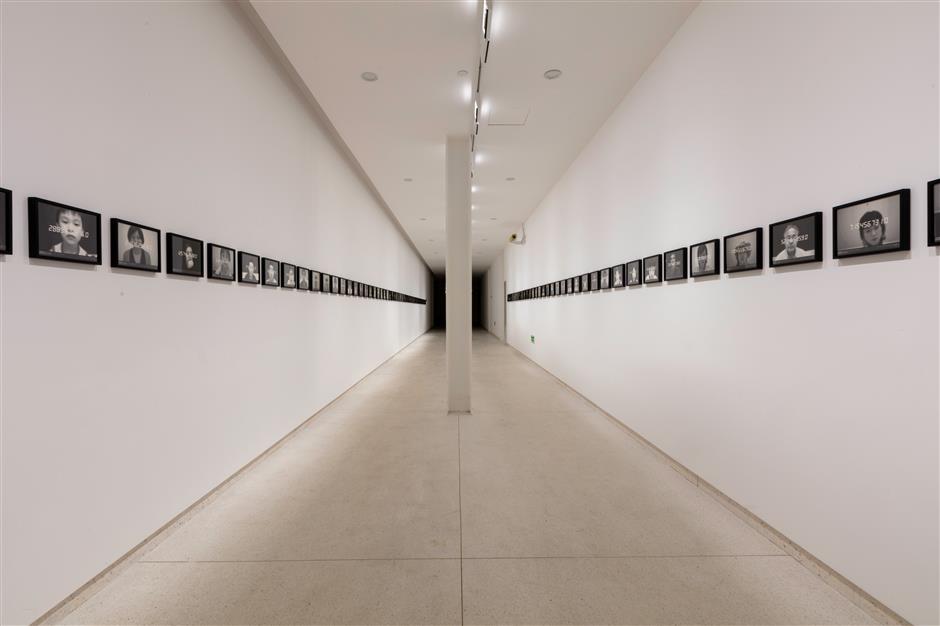 When confronting another work titled “Archives of Deathclock,” visitors will be directly forced with the death topic. 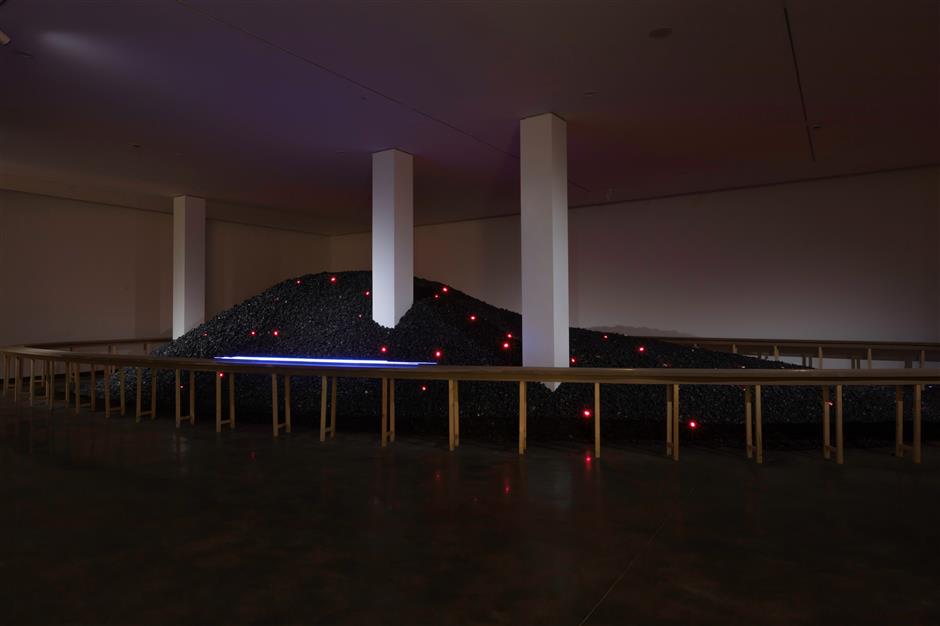 The spotlight of the exhibition is Miyajima’s installation “Time Train to the Holocaust/Counter Coal.”