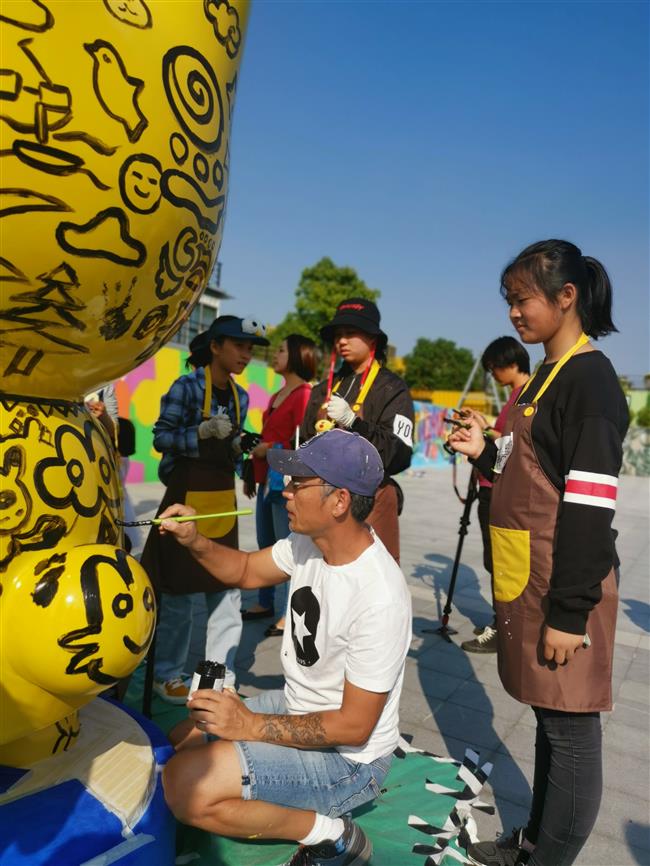 The 21st China Shanghai International Arts Festival knows no bounds in reaching out to the public. Part of the monthlong program takes about 100 performances to 60 schools and community cultural venues. It’s called Arts Plus.

Since its inception, the program has engaged children, youth, families, arts education teachers and other special interest groups.

As one of the special events, a family arts camp is aimed at preschool children and their parents. It is presenting three performances that include the theatrical odyssey “The History of Music” by the classical brass quintet Buzz Brass from Canada.

The other two shows are produced by the Debase Troupe. One is “Concerto for Harmony and Presto,” which combines music, physical comedy, clowns and puppetry; the other is “Hurry Up and Wait.”

Primary and middle school students are encouraged to create artworks in public spaces around Shanghai, including the Wisdom Bay in Baoshan District, the Grand Gateway 66 in Xuhui District, the Oriental Fisherman’s Wharf in Yangpu District and the M50 in Putuo District. The public arts campaign launched last year is called Unlimited Brush.

“Compared with last time, the number of the participants has almost doubled,” said Yang Jing, deputy secretary of the arts festival.

“Not only students but also passers-by can engage in the activity.” A Debase Troupe artist from Australia engages with children at a local school.

About 450 people from 43 schools and civic organizations attended this year’s Unlimited Brush, which was themed on “Arts, Binding, City, Dreams.”

“A child once complained to me that his mother wouldn’t let him draw on the walls of their home,” said Zhuang. “The festival offers children like him a perfect chance to display their talent.”

Shen, who is a famous director and producer of animation in China, said he wants to arouse the imagination of children in participants.

“I want to convince people that everything is possible,” said Shen.

For the high school and college students, the festival has created the Student Arts Jury, which gives young people the chance to review performances during the one-month arts gala.

About 300 students are elected to the jury. Many artists and experts, such as Wang Yong, Zhu Jiejing and Yu Rongjun, give students instructions on how to appreciate and rate performances.

In three groups of music, dance and drama, the youth will watch all the 50 major shows before making their performance reviews. The results will be announced on November 24.

Education is a fundamental objective of the annual arts festival. Shifting from theaters to schools, an array of troupes from China and abroad will give performances and workshops aimed at students. They include the Yuan Sheng Choir, La Scala opera company, Australian Art Orchestra and the German Turingen National Ballet. The program will involve about 50 schools and 10 arts spaces.

To promote expansion of arts education among countries along the Belt and Road, a relevant roundtable meeting was held this week.

Before the opening of this year’s festival, a series of exchange programs were organized during the summer holidays. Celebrating 70 years of Chinese-Polish diplomatic relations, young Chinese dancers flew to Poland to attend a Sino-Polish dance training camp. Students from Shanghai International Studies University participated in the Poland Gdansk Shakespeare Festival.

Students from Tongji University, East China Normal University and Shanghai University of Finance and Economics went to Yunnan Province to give performances and meet local peers.