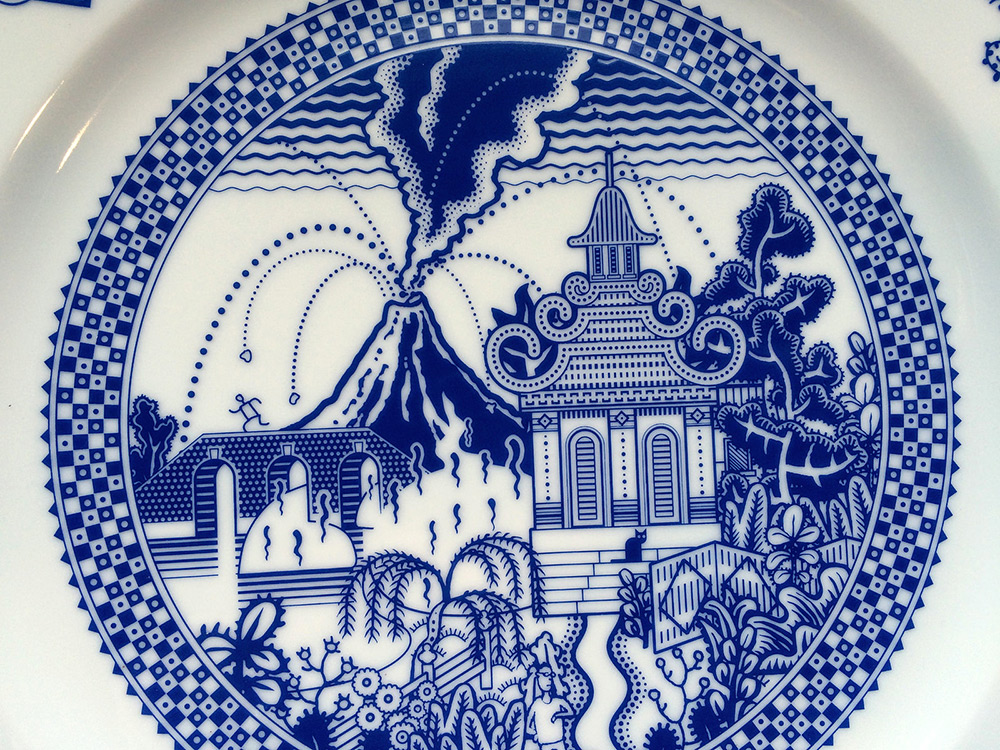 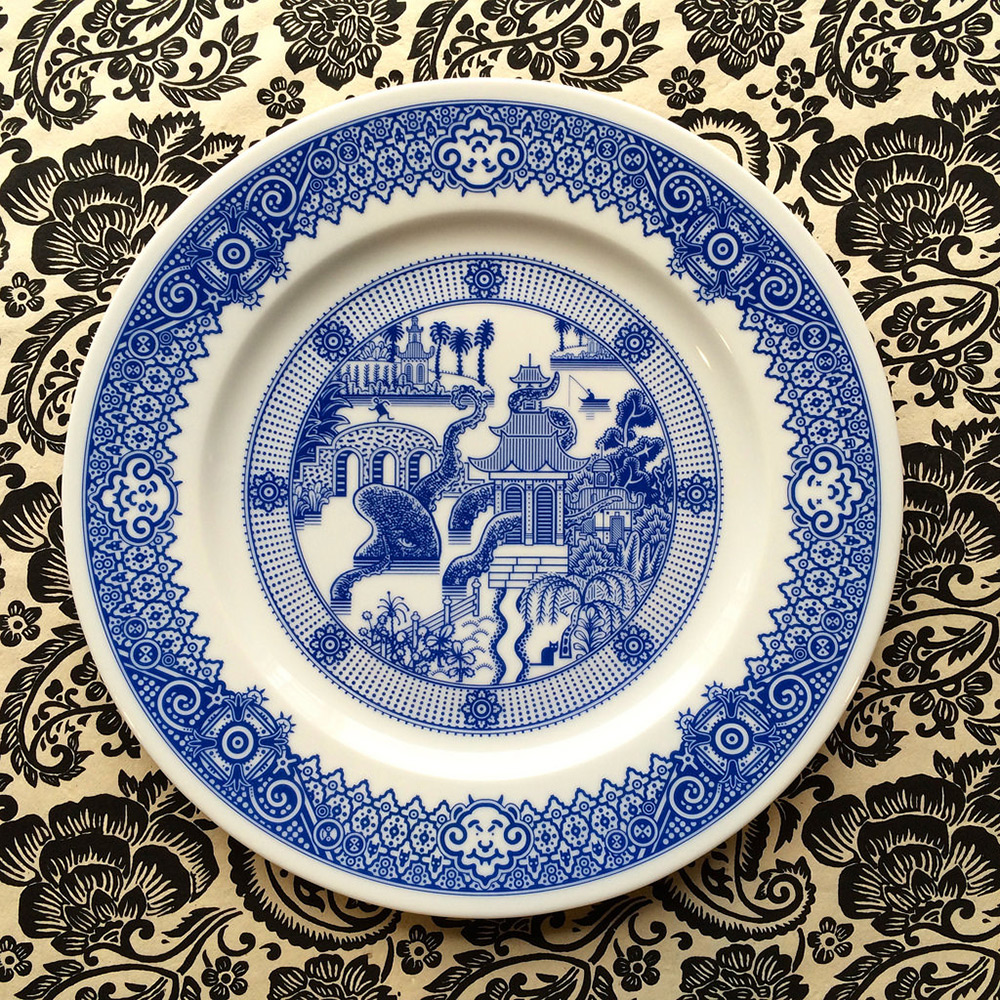 Two of Moyer’s newest plate designs, a group of savage zombie poodles and a soaring pterodactyl, are currently on Kickstarter. You can purchase these plates on Calamityware’s website, where you will also find some dishware crawling with ants and flies. 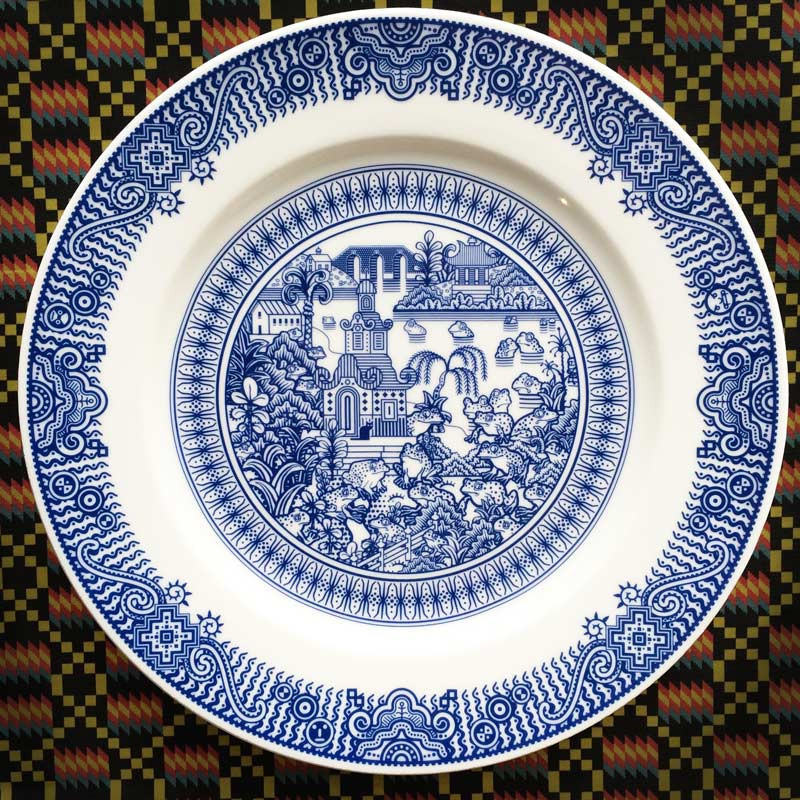 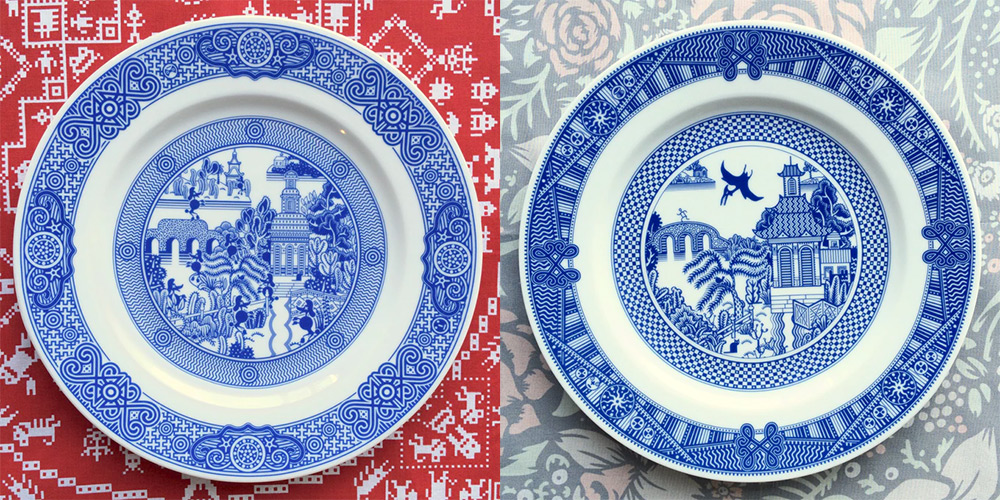