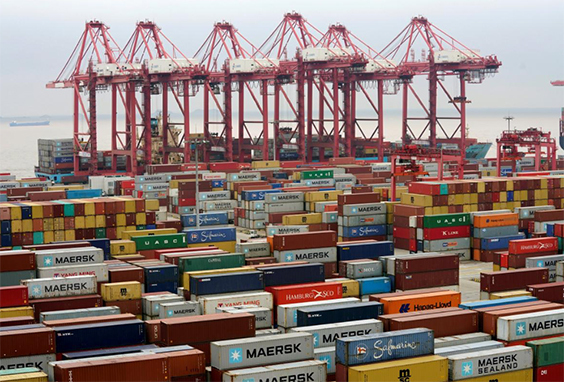 Public hearings regarding the Trump administration’s proposed 25 percent tariff on imported Chinese goods are underway this week in Washington, DC. The proposed tax would affect $200 billion worth of Chinese goods, including paintings, sculpture, collage, ceramics, and antiques. If passed, it would mark the end of the United States’ long-standing policy allowing art to be imported duty-free.

US lawyer Peter Tompa, director of DC–based advocacy group Global Heritage Alliance, is one of more than three hundred people attending the hearing to weigh in on the tax. In a memo on behalf of his organization, Tompa states that the tariff “will further damage the ability of the small business of the art and antiquities trade to import Chinese art from third countries, as well as make it even more difficult for collectors and museums to acquire such art.”

Previously, the proposed tariff was 10 percent; the recent increase reflects the US administration’s rising frustrations with China’s trade practices. China has responded to the threat by imposing $34 million of its own tariffs on American goods.

Attorney Kate Fitz Gibbon, executive director of the nonprofit Committee for Cultural Policy, told Artnet that “it’s silly to impose a tariff on something that’s ancient or old. It has no effect on the current economy. You don’t manufacture or grow or produce antiquities or antiques.”

According to US Census data, $107.2 million in century-old antiques and $66.6 million in paintings, drawings, and pastels were imported from China last year.

For James Lally, former director of Chinese art at Sotheby’s since 1970, the tariff is “wrong-headed in every way.” Lally told Artsy that the last time the US imposed restrictions on Chinese art and antiques imports was during the McCarthy era, when the US Treasury Department required importers of Chinese goods to prove that they had not bought them from a Communist. “Our government has a knack for these kinds of things,” Lally said.

The hearings will be held from August 20 to 24 and on August 27 from 9:30 AM to 6 PM. According to the United States Trade Representative’s Office, hearings had only been scheduled for a three-day period, but more were added due to the overwhelming number of companies that wanted to testify. The tariffs are expected to take effect next month.