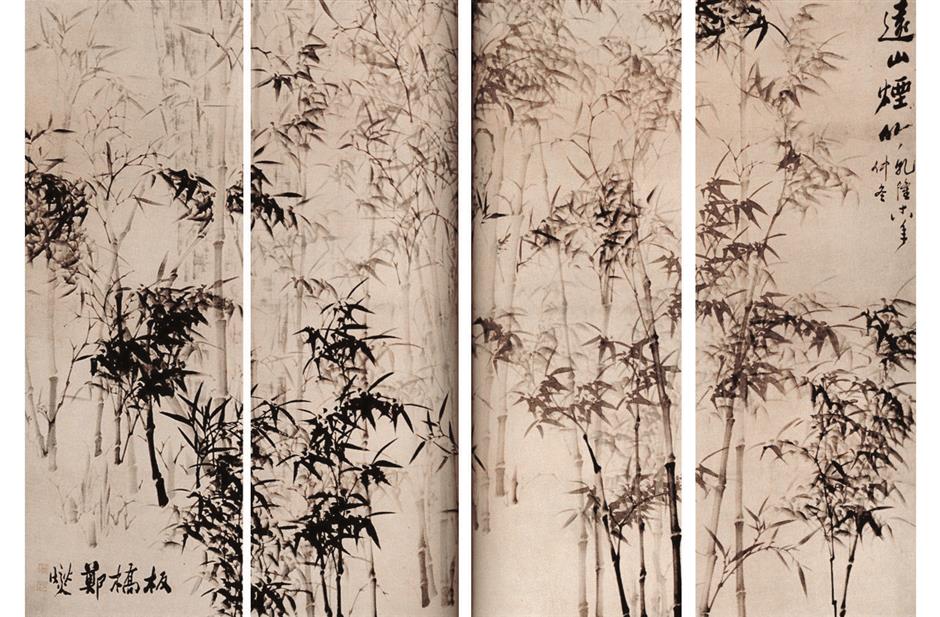 In Chinese art, particularly in traditional Chinese painting, four plants, namely the plum blossom, orchid, bamboo and chrysanthemum, are referred to among as the “Four Gentlemen,” symbolizing esteemed characteristics and morals pertaining to junzi, or gentlemen in Confucianism.

For instance, plum blossoms usually blooms in winter or early spring. It doesn’t compete with other flowers for beauty, but flourishes when other plants are depressed by cold weather. Therefore, it’s a symbol of perseverance and self-control.

Meanwhile, the orchid is regarded as noble and pure, and the chrysanthemum as dignified and indomitable.

The bamboo is unique though. The plant is admired for its straight stalks and green color even in winter. Since ancient times, Chinese scholars have seen bamboo as a symbol of being firm and tenacious. Moreover, as the bamboo stalk is hollow inside, it is also a symbol of modesty, honesty and uprightness, the most valued character traits endorsed by Confucius. 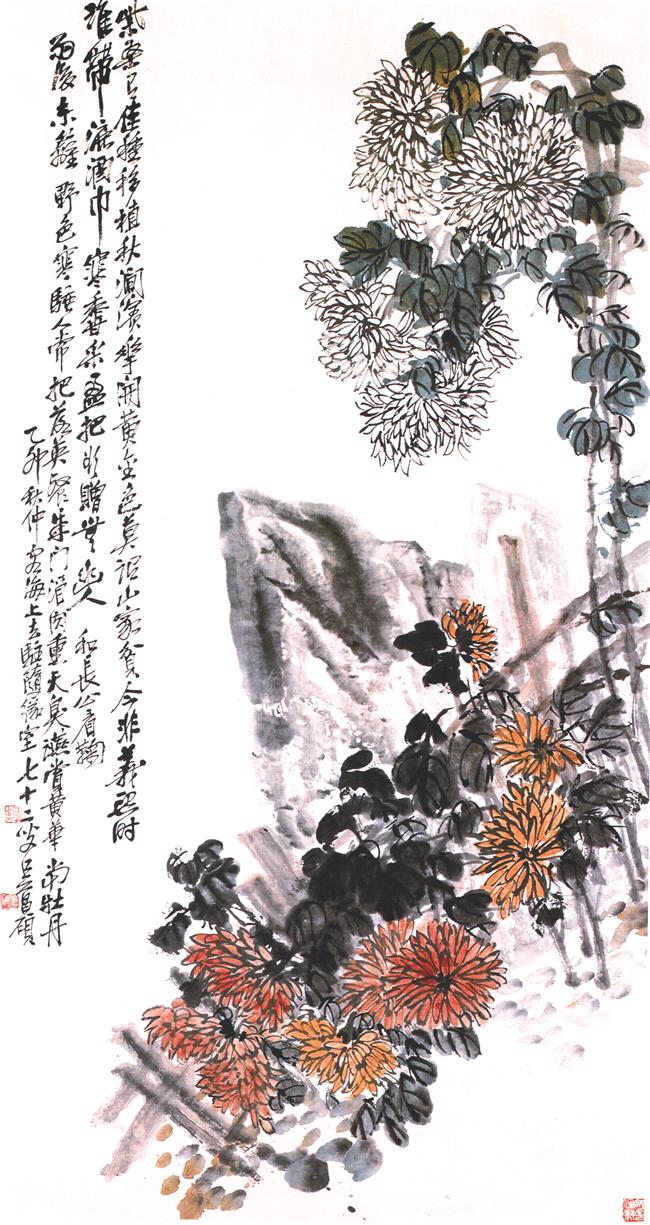 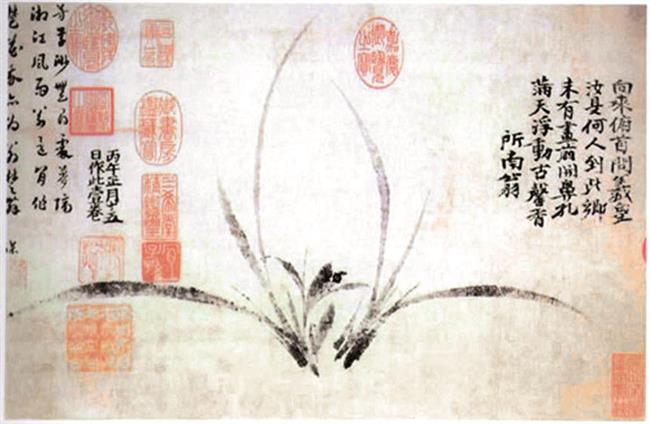 In Chinese painting, four plants, namely the plum blossom, orchid, bamboo and chrysanthemum, are not only favorite subjects, but also revered as the “Four Gentlemen,” symbolizing esteemed traits and morals pertaining to gentlemen in Confucianism.

No wonder then that in the history of traditional Chinese painting, and especially in so-called literati painting, so many great artists left behind numerous paintings of the Four Gentlemen. Among them, Zheng Xie (1693-1765), commonly known by his pseudonym Zheng Banqiao, a celebrated painter of the Qing Dynasty (1644-1911) is perhaps the most noteworthy.

Zheng was born into an impoverished scholar’s family in Xinghua in east China’s Jiangsu Province. Under his father’s tutorship, young Zheng began to study writing, calligraphy and painting at the age of 8. The boy worked hard and showed exceptional talent in art.

When he grew up, Zheng successfully passed the imperial civil service examination first at the provincial level and then the highest level government exam in 1736. He then served consecutively as the magistrate of two small counties in Shandong Province, also in east China.

During his tenure, he made great efforts to help the poor, especially during natural disasters. He once even opened a government barn to help disaster victims before obtaining approval from his superior.

Also, because of his strong personality and uprightness, he clashed with his venal colleagues and attempted to push back against the rampant government corruption of his time. He tried to change all that, but failed. Finally, after 12 years, Zheng resigned from his government office in disillusionment.

Before that though, Zheng was once briefly appointed as the “official calligrapher and painter” for Emperor Qianlong during his inspection tour of Shandong because of his high reputation and outstanding achievement in art.

After his retirement, Zheng returned to Yangzhou, a prosperous, bustling business city close to his hometown. The city also boasted beautiful scenery and an artist-friendly atmosphere. In Zheng’s time, it attracted many noted scholars and artists from various parts of the country.

In Yangzhou, Zheng made a living by selling his paintings and calligraphy. Because of his unique and superb style in both media, he soon became a key member of the Eight Eccentrics of Yangzhou, a group of great painters who advocated an expressive and individualist painting style and shied away from the orthodox ideas.

Throughout his artistic career, Zheng painted three subjects almost exclusively; namely, bamboo, rock and orchid. He once called himself the reincarnation of the “all-season orchid, evergreen bamboo and everlasting rock.”

His paintings usually feature rather simple compositions of bamboo, one or two slim stones and a couple of orchids. However, his paintings have long attracted viewers with their vitality, delicacy and gracefulness.

Described as “monumental” by some art critics, this four-panel painting portrays, not just several, but a forest of bamboo standing along a mountain slope.

The painter uses dramatic and intricate ink wash gradations ­ — from jet black to pale grey ­ — to create an impression of field depth and the veiling effect of a dense mist.

Zheng’s paintings are today hotly sought by collectors all around the world. In 2013, one of his bamboo paintings, “Ink Bamboo,” an ink on paper, 169 x 80 cm hanging scroll, was auctioned off for 5.8 million yuan (US$856,000) in Beijing. The four-panel “Misty Bamboo on a Distant Mountain” is now housed in the Metropolitan Museum of Art in New York.

Misty Bamboo on a Distant Mountain