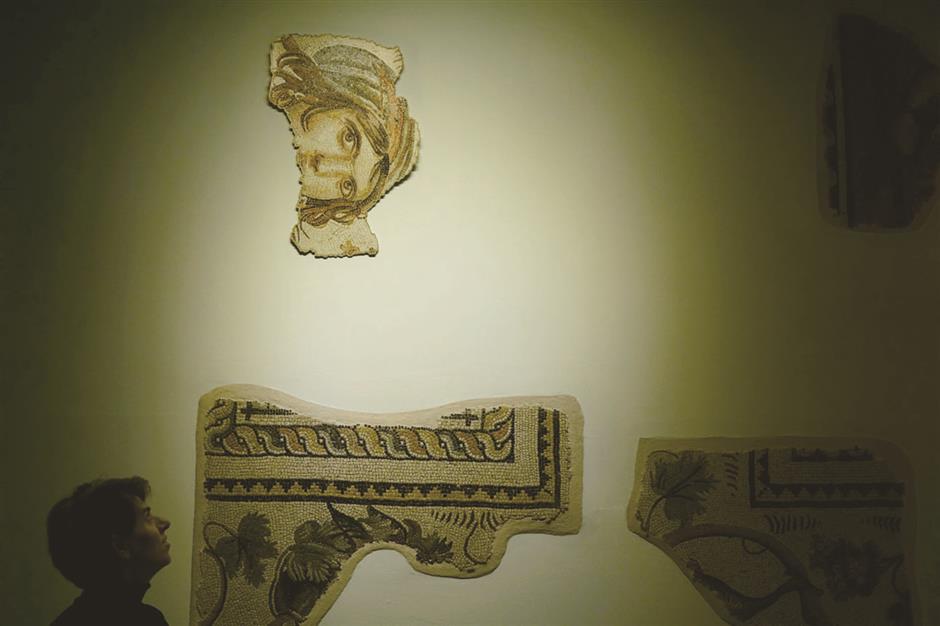 Missing fragments from one of Turkey’s most striking ancient treasures, the haunting, wide-eyed “Gypsy Girl” mosaic, have returned home more than half a century after they were plundered and smuggled to the United States.

The returned pieces went on display alongside the nearly 2,000-year-old mosaic of the girl, whose piercing gaze and disheveled hair have become a symbol of Turkey’s southeastern city of Gaziantep.

Turkish archeologists discovered the mosaic 20 years ago during an excavation of the old city of Zeugma, founded by one of Alexander the Great’s generals, near the modern city of Gaziantep.

They also realized that several accompanying pieces had already been looted.

Those pieces had been smuggled out of the country in the 1960s and bought by Bowling Green State University in Ohio in the United States, which displayed them until 2012 when their true provenance was established, and Turkey asked for their return.

The university initially asked Turkey to buy them back, a request which Ankara rejected, according to Sedat Gulluoglu, Turkey’s tourism ministry attache in the United States.

After more than five years of talks, an agreement was signed for their return. “The university has signed off on a very important and significant cooperation by returning these pieces to our country as goodwill,” Gulluoglu said by email. He added that Turkey would provide the university with exact replicas of the mosaics to display.

The old city of Zeugma, on the Euphrates River, flourished under Greek and then Roman rule before it was destroyed in war in the 3rd century. The 15-square-meter Gypsy Girl mosaic is the most prominent symbol of that history.

The pieces were put on exhibit at the Zeugma Mosaic Museum in Gaziantep in a ceremony to celebrate their return, before which a song composed to celebrate the homecoming of the mosaic pieces was played by a harp artist.

Gaziantep mayor Fatma Sahin said putting the full mosaic back together was a national triumph.