A MacDougall’s auction of Russian art on 15 October 2020 will present an exquisite collection, featuring 200 lots ranging from icons to contemporary art. 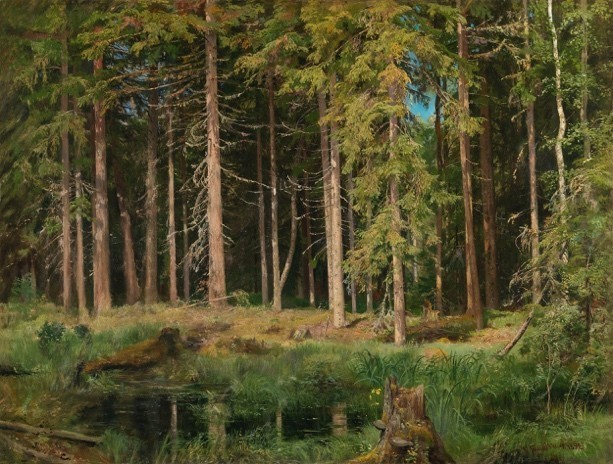 The sale is led by two masterpieces by Ivan Shishkin – Summer Afternoon by the River (1870) and Pine Forest (1892), each estimated at £400,000–600,000. These encompass the whole range of Shishkin’s œuvre and provide a splendid illustration of how the artist’s career evolved.

Pine Forest (lot 8) is a classic Shishkin, a monumental canvas, over a metre wide, belonging to the master’s heyday. It shows a Shishkin familiar to Russians from their school textbook, Rodnaya Rech, depicting a sunlit summer’s day, a pine forest with pinkish tree trunks, a radiant blue sky and vivid emerald greenery. All this is portrayed with consummate skill by the world’s greatest 19th-century landscape painter. 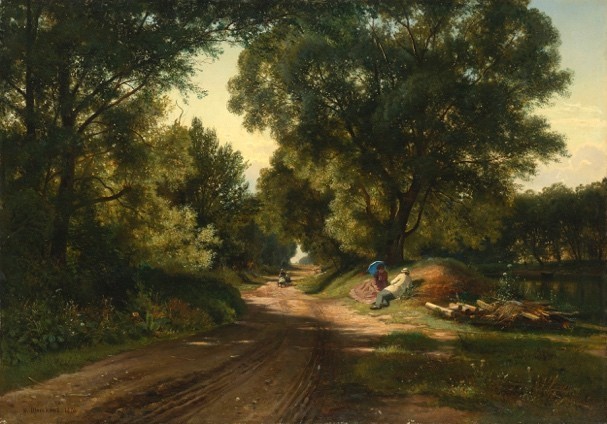 Summer Afternoon by the River (lot 12) is a canvas that has a uniqueness all of its own, since it is one of the master’s relatively early works, yet, at the same time, it reveals all of Shishkin’s hallmark techniques: there is the subtle interplay of lighting effects and the picking out of the leaves, tree trunks and each individual blade of grass with a fine brush. It depicts a pastoral scene of Russian life, focusing, in the centre, on the liberal Russian intelligentsia in the time of Chernyshevsky and Belinsky, before the pandemics of terrorism and the Russian Revolution. Also estimated at £400,000-600,000, both works are of museum standard and are rare gems to appear on the market.

Nicholas Roerich’s Pechory – Entrance to the Monastery (lot 36, estimate: £400,000– 600,000) has come onto the art market for the first time in 115 years. The work belongs to the artist’s renowned Architectural Series, painted during his trip around Russia in 1903. Pechory – Entrance to the Monastery is not only one of the best examples of Roerich’s best Russian period; it is also a symbol – a call for Russia to re-embrace its cultural heritage and return to the origins of its spiritual vigour. 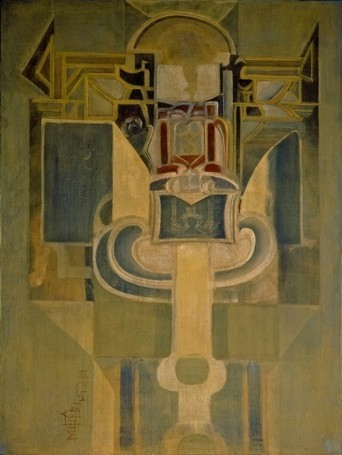 The contemporary art collection includes museum-quality works with superlative provenance. Mikhail Shvartsman’s Lotus (lot 210, estimate: £55,000–70,000) and Dmitry Zhilinsky’s Man with a Slain Dog (lot 211, estimate: £80,000–120,000) were shown at the international exhibition Forbidden Art: The Postwar Russian Avant-Garde in the Tretyakov Gallery and the Russian Museum, besides other venues in Russia and the United States, and have been reproduced in various monographs.

Yet another outstanding lot at the auction is Valery Koshlyakov’s monumental work,    over    three    metres    in 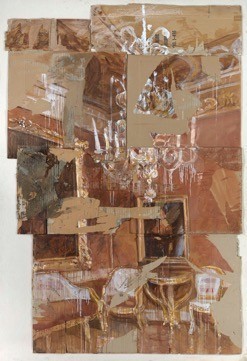 90,000), which depicts the lavish décor of a Venetian palazzo. The painting has an excellent exhibition history: it has been displayed in Stuttgart and Moscow, besides featuring in many publications. Baroque Interior belongs to the artist’s celebrated series of palace interiors. Works from the series have been displayed and praised around the world. 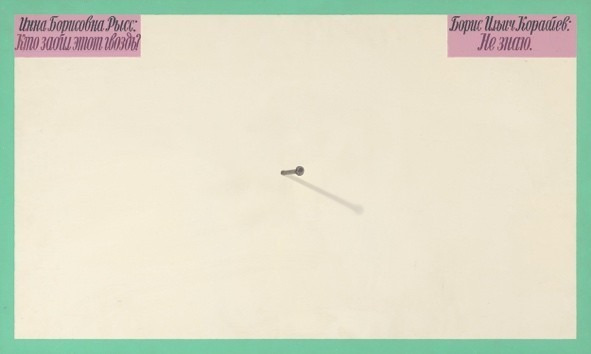