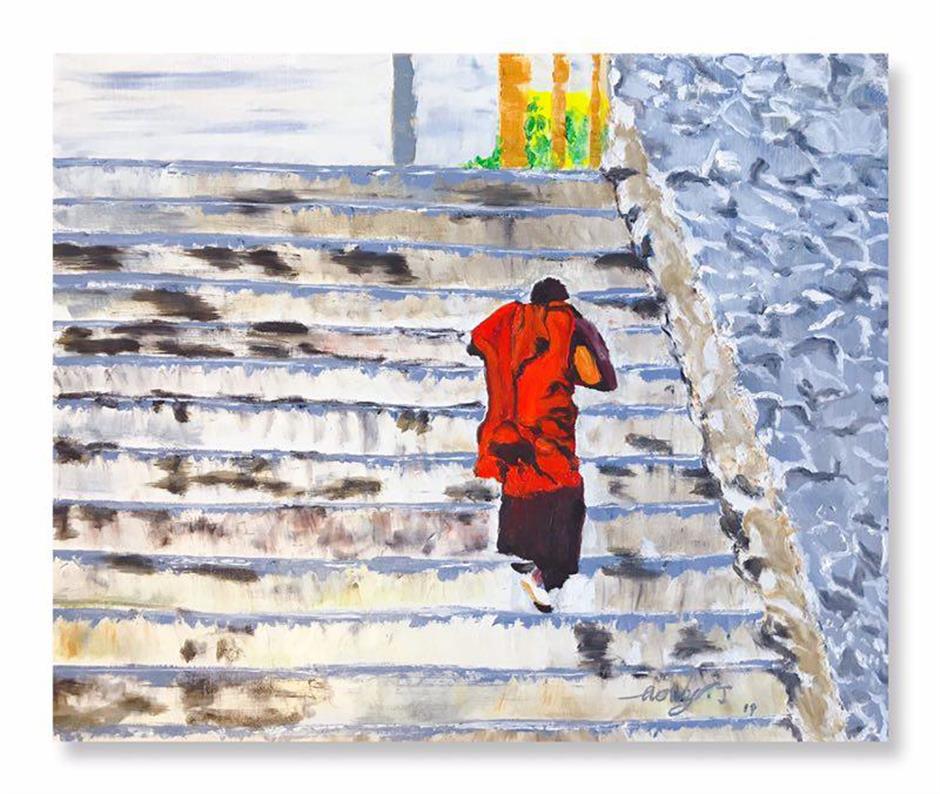 An exhibition featuring more than 30 oil paintings depicting the scenery, society and humanity of Tibet will be staged at Asian House in London from October 15 to 19.

The art in “Another Amateur Culture from China: Wendy Jiang’s Visual Diary in Tibet” was inspired by her visits to southwest China’s Tibet Autonomous Region and Bhutan in 2017 and 2018.

“I am very lucky that I have a second chance to pursue my painting dream, thanks to our financial condition and the social environment. Purely driven by my unquenchable passion, I will challenge myself and to realize my dream as a painter. Never too late,” she said.

Jiang, who was born in the Xinjiang Uygur Autonomous Region in 1970, was influenced by her father’s hobby of carpentry and furniture making as a child. Ever since she has been sensitive and curious about spatial perception, aesthetics and craftsmanship.

But she was told by her parents she could never make a living as an artist when she planned to apply for art academy at the age of 18.

Despite embarking on a career working for multinationals, her passion for art could not be quenched. After more than two decades of corporate life, she started to paint again.

She renovated a studio, learned from art teachers in Beijing and London, gradually extended her painting from weekends to five days a week, and finally quit her professional career.

Choosing Tibet as her subject, she demonstrates a departure from the commercial and material world, finding the peace and harmony in her life and art. 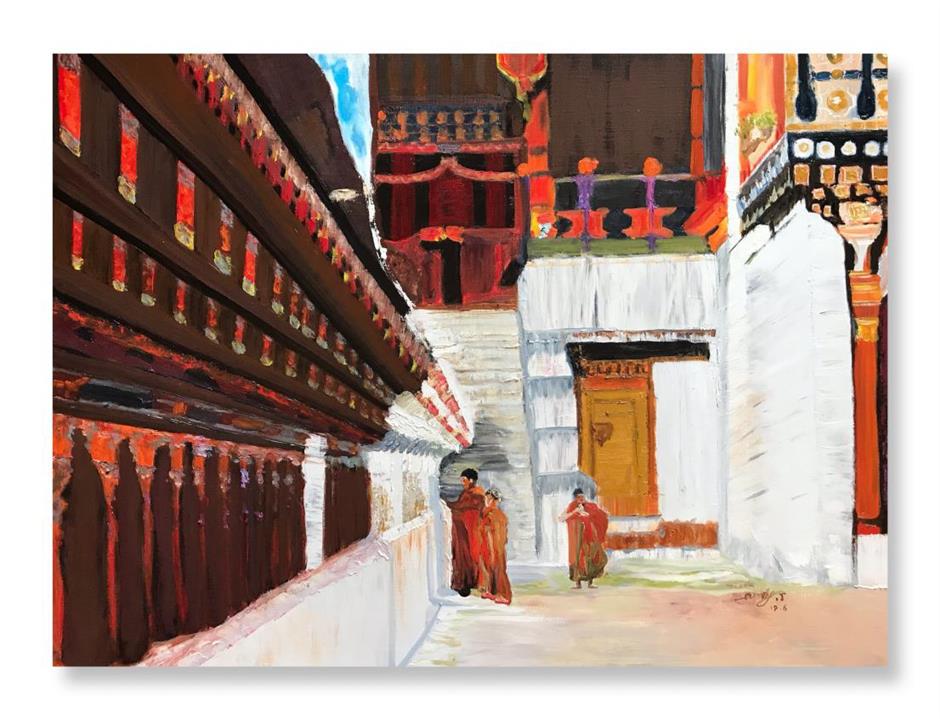