The solo show “Cut It Out: Paper World of Tang Zhengwei” features a range of experimental and conceptual work Tang has created over recent years.

Be the works as small as the label of a Coca-Cola bottle or as big as the height of an average adult, Tang’s paper cuttings draw you in with awe and fascination.

Among the artist’s most grandiose creations are the paper cut power plants. As if a heavy monolith of concrete and metal, electric poles and wires were turned into paper poetry that soars up in the exact grid pattern.

On top of Tang’s paper towers, factory pipes exhale clouds of smoke in rapid and deliberate bursts. Laces of fumes floating up, distorting and twisting along their wayward path.

Paper cutting is one of the most ancient forms of artistic expression in China. It originated from cutting patterns for rich Chinese embroideries and later developed into a folk art in itself.

With a history China of more than 1,500 years, Chinese paper cutting has a number of distinct uses in Chinese culture, almost all of which are for health, prosperity or decorative purposes.

Light in its material but heavy in consciousness, Tang’s works challenge the audience with a new awareness, adding to the subject of environmental art with its incredible versatility. 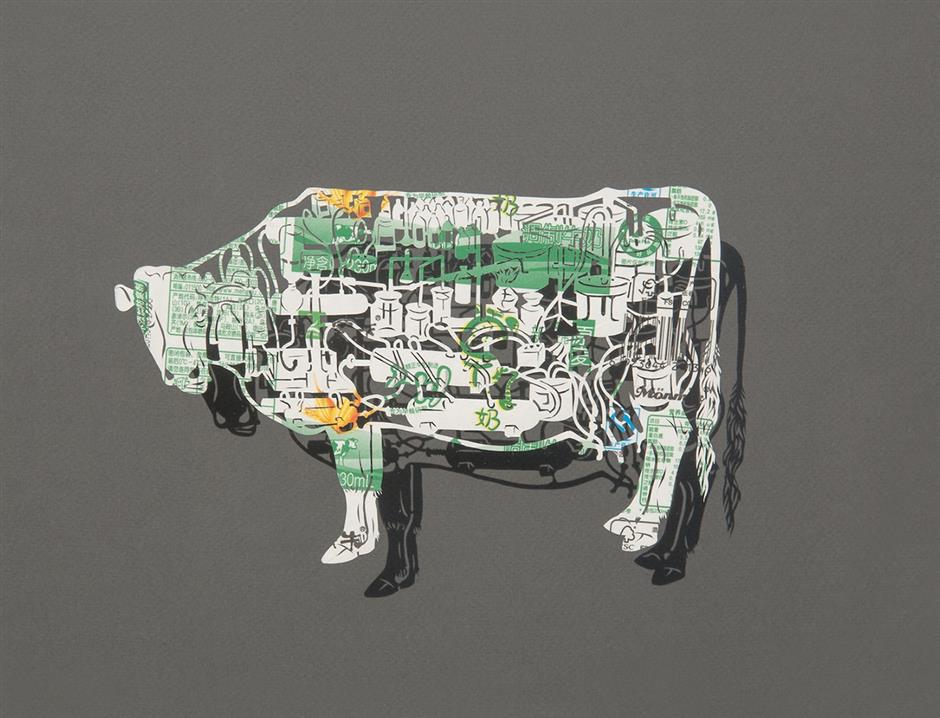