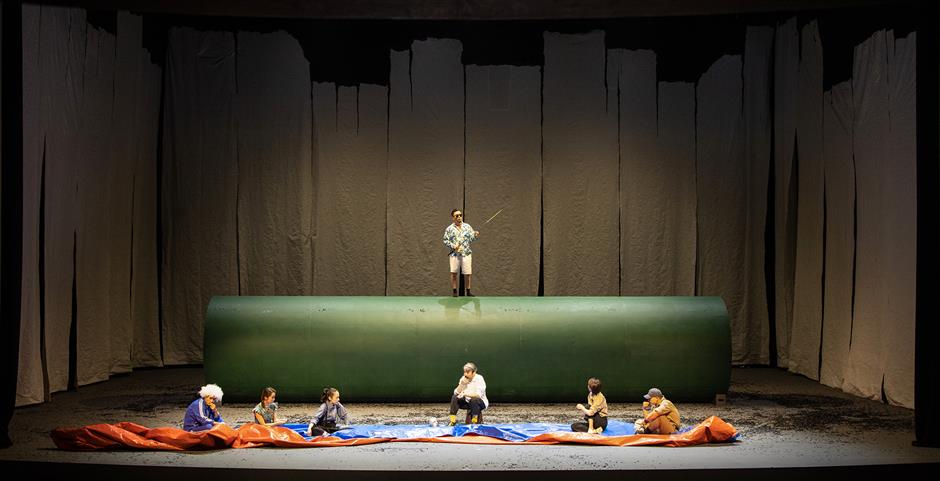 “Leben des Galilei,” a play based on the life of 17th century astronomer, physicist and mathematician Galileo Galilei, is being staged at Shanghai Dramatic Arts Center. The performance will last till July 14.

“Leben des Galilei” examines the morality of science and the complicated relationship between science, authority and religion.

The play was written by German dramatist Bertolt Brecht in 1938. It is considered by many to be one of his masterpieces.

The play features Galileo’s discovery of the moon orbiting Jupiter, which echoes Nicolaus Copernicus’s heliocentric model of our Solar System. The observation was opposed by the Roman Catholic Church at the time.

Accused of heresy and treason, Galileo is brought before the Vatican for interrogation by the Inquisition. He is sentenced to a lifetime of house arrest. However, Galileo doesn’t give up. He writes a book “Two New Sciences” containing all his scientific discoveries during the arrest.

It isn’t the first time the play has been staged in China. Forty years ago, an interpretation of the play, jointly directed by Huang Zuolin, a pioneer of the Shanghai Dramatic Arts Center, and Chen Yong, was a huge success in Beijing. This Chinese version of the play is directed by Ivan Panteleev from the Deutsches Theater Berlin, which is an important theater for authors in the German-speaking world.

The director makes some changes to the script, deleting some parts while adding his thoughts on the present. He also embeds his understanding of Shanghai in the play.

Before rehearsing, he asked the actors to take him around the city. The actors’ lines, costumes, stage property and many other details are all adjusted according to the characters of the performers. It is a truly “made-to-order” theater.

“The addition of the prose poems of Arthur Rimbaud, the literature of Friedrich Nietzsche and the record of the great plague in 17th century Europe allows the play to become more vivid and have more internal monologues,” said Li Jianming, translator of the play.

The cross-dressing is one of the highlights of the play along with the innovative stage design.