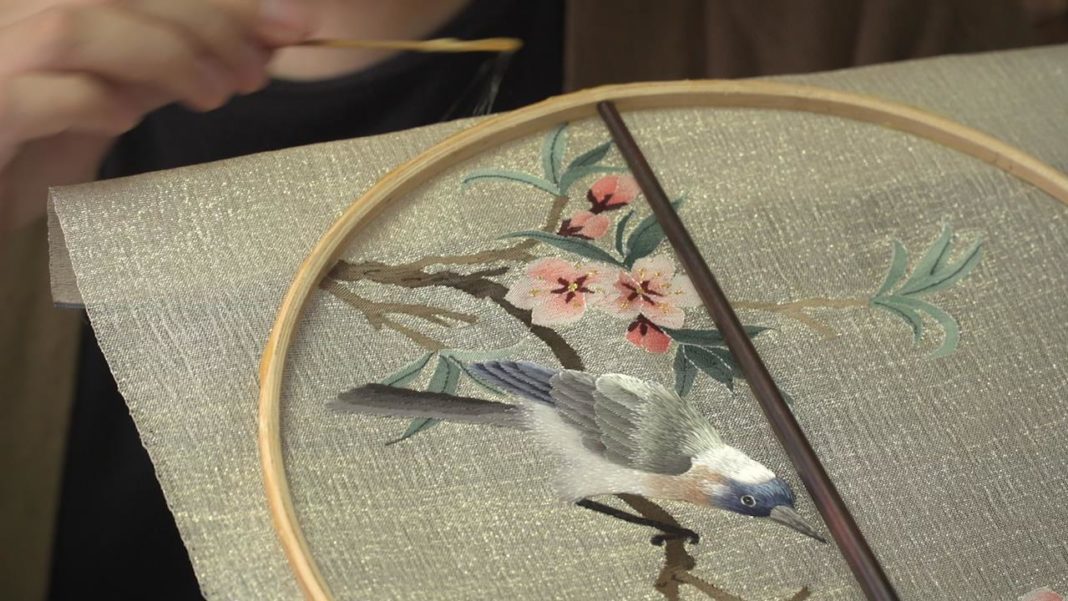 A wall full of round, hand-made fans, a big, wooden carving table and a traditional wooden Chinese weaving machine… When you step into this little studio, located among the old streets of Suzhou, you will find a young gentleman hard at work.

His name is Li Jing. Born in 1986 in Jiaxing, Zhejiang Province, Li is a round fan craftsman. Five years ago, he opened a studio in a Suzhou courtyard to make and repair traditional round fans. The studio is called Shixianju, which means “residence for leisure.”

“The frame is like the round fan’s skeleton; the covering is its face and body; the pendant is its clothing,” Li says. “The different parts combine to make a good fan with soul.”

Although he majored in business administration as an undergraduate, Li spent most of his spare time at university learning Peking Opera. During that time he found that the beautiful costumes and accessories aroused his interest.

He then took up art design for his masters at Jiangnan University in Wuxi. At the same time, he began to collect small antiques.

“Once I found an ancient round fan and I liked it very much, but it was really damaged. I tried to find some craftsmen to repair it, with no luck. As a result, I pushed myself to learn how to repair the fan myself,” Li says.

He is not just a craftsman, but a designer as well. He tries to add different kinds of handicrafts to the design of his fans, especially those which are nearly lost, such as Kesi. 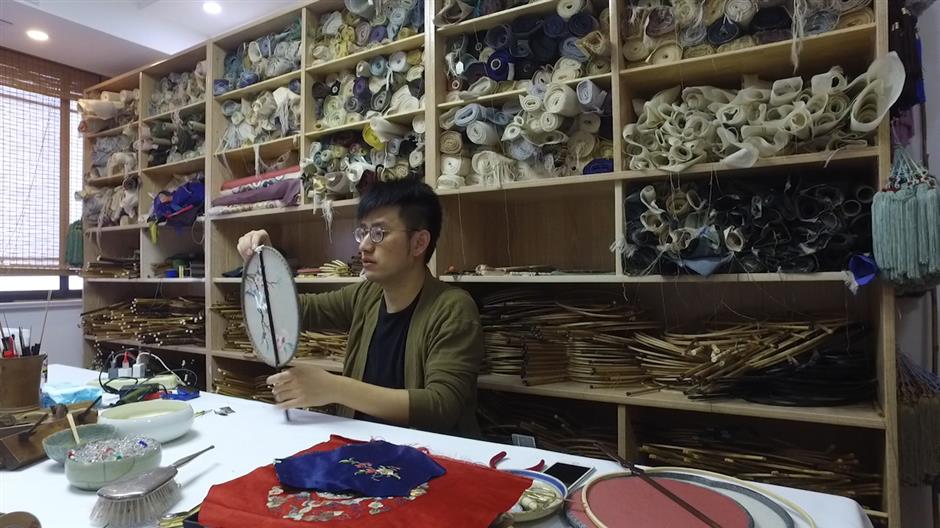 Kesi is a technique of silk tapestry known for its lightness and clarity. It first appeared in Suzhou during the Tang Dynasty (618-907 AD) and survived through until the end of China’s dynastic period.

Li prefers to add Kesi works as the covering for his round fans.

“Kesi possesses more advantages than other tapestry techniques,” Li explains. “With the use of thread in different colors, we can make more impressive patterns, such as classic paintings or calligraphy. To some extent, it is closer to embroidery, but it is not as delicate as embroidery — Kesi can be preserved for a longer time.”

As a young craftsman, Li is not alone. He has made many friends who are devoted to different kinds of handicrafts in Suzhou, some of whom are even younger than him.

“Suzhou is a paradise for craftsmen. There are so many different kinds of traditional handicrafts preserved very well here,” Li says. “I wanted to add a variety of handicrafts in the design of my fans and jewelry, so I came to Suzhou.”

In the last two years, Li also began to design jewelry with traditional Chinese elements, which have been well received by the market.

“The superb craftmanship is essential, but it’s not our final pursuit. I hope the crafts I make can make me happy.”